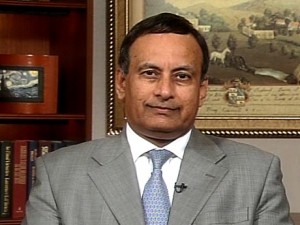 Let me very frankly say that whatever is happening to Ambassador of Pakistan in the USA, Husain Haqqani is not good either for Pakistan’s image or the Pakistan Peoples Party, which seems to be the target of all that is happening right now. Those who are supporting Husain Haqqani consider the attempt to get him as an attempt to get President Zardari and the PPP. Those who are dead against the PPP are using the opportunity to draw their daggers yet again through  the Husain Haqqani issue against the PPP. The fact remains –PPP doesn’t need one person to survive. The PPP cannot be eliminated by the absence or removal of one person. This is an established fact that both the pro-Haqqani and anti-PPP walas must learn!

The list of people who have left the PPP or have become sidelined over the course last 30 years include the who’s who of Pakistan’s politics:

And many more. Has the PPP been eliminated? No. Has the PPP not survived? Yes it has. Will Husain Haqqani’s removal mean that President Zardari goes out or God forbid goes to the gallows? Not at all.

The PPP is a party of survivors. It bounces back always. So ladies and gentlemen, if Husain Haqqani has to resign or he is let go, it is a qurbani both for him and the PPP. He will lose a position that gave him a lot of clout and PPP will lose an effective and efficient diplomat. Life will move on. People must also realize that PPP survives because of its base in the people and not on twitter and facebook!

I also hope that Husain Haqqani doesn’t use this opportunity to make a name for himself and become a champion of “ghairat” as people usually do when they leave an office or are removed. I will respect him even more if he fights back, and even more if he quietly goes back to his academic life and use time out to restrategize his entry into Pakistani politics. I was honestly hoping to see him in Senate 2012 elected on a party ticket, however, it seems that this MEMOGATE will make him lose out on a number opportunities in the short run.

Click here to post a comment
A gentle reminder: General Ayub Khan’s memo to Admiral Radford – by Kamran Shafi
Haqqani must resign: A PPP Jiyala’s view on the memogate