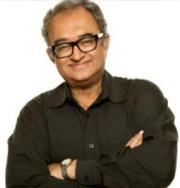 She died as her father did: Bravely – by Tarek Fatah

In his guest appearance on a Canadian TV show hosted by Micheal Coren,  former-PTV journalist and  pro-democracy advocate, Tarek Fatah made some important observations.  A left activist with the NSF during the late 1960’s, Tarek was jailed by the military regime of General Ayub as a political dissident.   Tarek left Pakistan after the Zia-ul-Haq martial law (when he along with other progressives were hounded by Zia ) Here is a youtube clip of his views on the subject of extremism:

In this discussion, Tarek makes some crucial observations which merit attention.  He talks of:

1.  The scars of Partition and the fact that Sikhs and Hindus are being oppressed and targetted in Pakistan

2. The core reason for religious extremism in Pakistan, which is the promotion of and partnering with extremist regimes and lobbies to fulfil the anti-India/Strategic Depth goals of the military establishment

3. The vicious bigotry against Pakistan’s Hindu communities (which was echoed by the disturbingly biased anti-PPP  Chief Justice of the Lahore High Court, Khawaja Sharif).

4. The difference between the elected government and people of Pakistan vs the military establishment. The former wants peace and trade with its neighbours while the latter needs perpetual enemies to justify a “defense” budget that is unofficially estimated to be more than 70% of Pakistan’s total budget.

It is heartening to see people like Tarek Fatah talk about the role of the establishment, the ISI-TTP-LeJ nexus.  This is because most journalists in Pakistan are deeply compromised and whether they are part of the Urdu Media or the pseudo liberal English press, they recycle the urban-centric, Pro-Taliban, Pro-Imran Khan, anti-democracy propaganda that is fed to them by their ISPR masters.

Imran Khan’s sermon at the Laal Masjid
Who will Punjab vote for? A study in the context of Punjab’s electoral history – by Ali Usman Qasmi