We are cross-posting this old article (originally published on Pak Tea House on November 8th, 2010) for archiving purposes. Written by Mr. Ali K. Chishti, the original title of the article “The real agenda of LUBP Fascists” was later changed to “More on the Sherry Rehman saga – LUBP Wallahs and PTH”. The reason for cross-posting now is we are compiling a collection of all critical posts on LUBP which can be accessed at the following link: https://lubpak.net/archives/tag/criticism-of-lubp 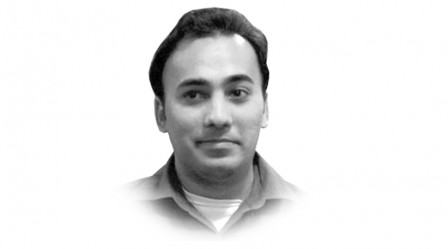 For quite sometime, I had been reading all the posts from PTH and LUBP on Sherry Rehman and the PPP by YLH, Raza Rumi, Adil Najam, Qudsia Siddiqui and the rest of the crowd and although I tend to keep away from writing on the subject, I am encouraged or rather forced to write on actually what’s happening. I could obviously be wrong but I as usual will try my best to put in factual accounts and would welcome a civilized non-branding debate afterwards.
Sherry Rehman’s Resignation/Sacking,
Reading Qudsia’s emotional or rather below the belt response to Raza Rumi, YLH and Adil Najam was somewhat surprising and there was no need for it.
There were fundamental and factual errors in Qudsia’s post especially as to ‘why Sherry resigned from the post of information minister’. While Qudsia may have a bone or two to crack with Sherry branding her ‘dumb’ and wrote that Sherry, “could not balance the responsibility of her functions with that of her personal interests of keeping on good terms with an increasingly jingoistic media’.
It is to be noted,
a) That Sherry had single handedly handled the affairs of late Benazir Bhutto and we all know she did quite well in handling the press. For, Qudsia to brand her dumb is like insulting the judgment of Late Benazir Bhutto but obviously Benazir Bhutto whose more or less a symbol within the People’s Party and nothing more.
b) Now it should be remembered that Sherry Rehman actual dismissal cum sidelining has another dimension to it which should now come forward. It was firstly President Zardari (whom by the way, I had supported and respected throughout) attitude towards her (Sherry.R) in a cabinet meeting that was the turning point in relations between Sherry and a certain group within the party (namely, Fauzia Wahab and Co.).
c) Secondly the background of the whole thing was Sherry’s inclination towards Prime Minister’s camp that atleast at that time was at odd’s with the Presidency. Hence, Sherry. R was not needed and had to go and Sherry.R took it boldly. She was among one of the competent one’s among a lot of incompetent within the party and fairly did a good job. Obviously her opposition in banning GEO TV and further pressuring other, television networks and newspapers also win many friends within the presidency who quite frankly came in the forefront after her departure and are responsible for the mess which we face today.

Under Standing PPP-Sindh and attack on Sherry Rehman
a) Sindh which is practically and administratively divided into two provinces (Urban and Rural) where there’s many interest groups working inside the Pakistan People’s Party. It has folks like N.D Khan, Taj Haider to feudal like, Ameen Faheem etc..
b) And there’s an intra-People’s Party War going on inside the Pakistan People’s Party Sindh faction especially where the party is divided between
Pir Mazhar Ali Shah, Nisar Khuro, Shazia Marri Camp who thinks that PPP is hijacked by unwanted folks like, Agha Siraj Durrani, Zulfiqar Mirza.

Pir Mazhar Ali Shah also envisions himself as the new Chief Minister, Sindh too. The rivalry is such that on record Nisar Khuro and Pir Mazhar Ul Haq tells the media that PPP-Sindh has administratively ‘failed’. Sherry Rehman backs Nisar Khuro Group.
c) And than there’s Nabeel Gabol and Rehman Dakaith’s Lyari and People’s Amn Committee which is the ‘hit squad’ for Zulfiqar Mirza who single handedly veto’s all action against People’s Amn Committee and is a tug of war with Rehman Malik who also thinks ‘Lyari Seat’ could cost PPP’s government.
(http://www.youtube.com/watch?v=WJwoarxFBjs)
d) Remember Rehman Dakaith was a passionate follower of Benazir Bhutto and was enraged after her killing and was behind killing Khaled Shahanshah who was deeply linked with Karachi’s underworld. Rehman Dakaith killed Khaled Shahanshah because Rehman Dakaith see Khaled Shahanshah as one of persons involved in killing Bibi. One of the reason’s why we also don’t see Faisal Raza Abidi in Karachi too is because, Rehman Dakaith wanted to kill him too and there are elements within Lyari who would assassinate Faisal Raza Abidi if he comes to Karachi. Uzair Baloch is the new Rehman Dakaith now.
e) It should be noted that Rehman Dakaith was killed by CID’s Chaudry Aslam who on record worked for Daud Ibrahim and Shoaib Khan once.

On Attack,
The Attack on Sherry Rehman’s House was unprecedented and shows the frustration of psyche of certain inner circles of Pakistan People’s Party leadership but the point to be noted that,
a) That for the first time People’s Amn Committee gangsters from Lyari were used by the People’s Party.
b) That more than 300-350 some of them armed men from Lyari fired shots at Sherry Rehman’s House in one of the poshest localities of Karachi.
c) That PPP Karachi’s chief, Najmi Alam along with Zulfiqar Mirza sponsored the event to teach Sherry Rehman a lesson. Hence, two serving SHO’s of Karachi Police namely Muhammad Hussain Tunaio was there to actually give protection to the mob not arrest them.
d) In a television program when I asked, Shirmila Farooqi about as to why no action was taken against the terrorists who attacked Sherry Rehman’s House the answer was, “but she never filed an FIR”. Great answer. No statement from Zulfiqar Mirza on the attacks.

It should be noted whatever’s Sherry’s fault but the attack on her house totally exposed PPP and gives us an impression. Astoundingly, PPP supporters instead of actually condemning this and introspect are defending such an attack. I may personally not a well-wisher of PPP but such attitude toward one of the saner or professional elements within the PPP whose universally accepted by all parties is just criminal.

I would also appreciate if you folks stop name calling on those who criticize? I mean than what’s the point of actually naming the blog critical supporters?