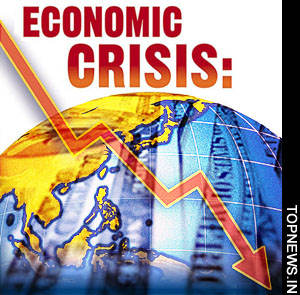 Rants against the economic performance of the current government have become such a common and recurrent feature of our political discourse that the statement “this PPP government has ruined the economy” has assumed the properties of an axiom or a self-evident truth which does not require any more substantiation by way of rational and dispassionate analysis. To challenge the veracity of this statement in any public or private discussion has become equivalent to inviting looks of disbelief and concern about your intelligence from your interlocutors. This is a classic manifestation of the phenomenon of human psychology that when people want something to be true and they are told that it is true enough number of times by enough number of people (even without any recourse to rational argument), they start believing it to be unquestionably true. In this particular situation, it is the case that a special class of people inPakistan(namely the urban elite) want to believe that the current PPP government has ruined the economy. Media pundits and talk show hosts have duly played their role by repeating this mantra day in and day out on the news media, resulting in its morphing from a meaningless rant into an article of faith for the urban elite of Pakistan.

In my opinion, most policy actions of the current government have been driven by the desire to remove regulatory distortions from the economy and to restore the correct balance in the urban-rural terms of trade. To this end, over the past three years, the government has gradually withdrawn wasteful and distortionary subsidies from items such as petrol, electricity and wheat and replaced them with subsidies that are targeted only at the poorest of the poor in the shape of cash transfer programs (such as the Benazir Income Support Program and the Waseela-e-Haq Program). This policy has not only resulted in savings worth several hundred billion rupees for the national exchequer, but it has also reduced the market inefficiencies that were caused by those wasteful subsidies. Additionally, the cash transfer programs that have been initiated are meant to create a social safety net for those living below the poverty line. I feel compelled to remark that this is the first time in our history that a government has taken meaningful steps to mitigate the plight of the victims of poverty in this country.

The government has also gradually reduced interventions in the local commodity markets. Historically, our governments have intervened in the commodity markets to skew the terms of trade between the consumers and the producers of the commodities. Since wheat flour is a major consumption item for the urban consumers, governments in the past always tried to keep the price of wheat flour lower than it would have been under a free market regime. This distortion in the price of wheat was sustained at the expense of the rural producers.  As a result, this policy of the previous governments not only resulted in an increase in poverty in the rural areas, but it also provided an incentive for the smuggling and hoarding of wheat which resulted in severe wheat shortages on several occasions. Soon after coming into power, the current PPP government abandoned the path chosen by the previous governments and instead took steps to bring the prices of commodities in the local markets closer to their international prices. As a result of this policy shift, there have not been any wheat shortages under the tenure of this government. In fact, the provincial governments have been accumulating an exportable surplus of wheat. More importantly, the balance of the terms of trade between urban consumers and rural producers has been restored. There has been a transfer of wealth from the urban to the rural areas which has helped address the issue of increasing rural poverty.

Click here to post a comment
Lifestyle Liberals and Political Liberals: Is LUBP a hurdle in the way of unity of liberals?
Ansar Abbasi in support of Imran Khan – by Zalaan