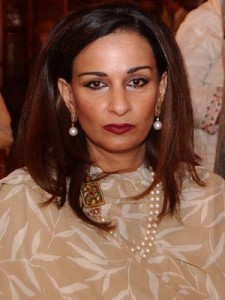 These past few weeks Pakistan’s print and electronic media has been awash with articles and talk shows vociferously supporting “Pakistan, the United States and the End Game in Afghanistan: Perceptions of Pakistan’s Foreign Policy Elite” produced by Islamabad-based Jinnah Institute (JI) and United States Institute of Peace (USIP), the report is known as “JI-USIP report”. Very few dissenting voices have, however, been given space in newspapers. In fact only Daily Times has given due space to such voices. The likes of Dr Taqi, Ali Arqam, Farhat Taj, and Ayesha Siddiqua have written very powerful articles against the report. Interestingly, a number of talk show hosts were involved in the preparation of the report. And more interestingly, not a single talk show has so far invited these writers. In the following paragraphs, I will try to deal with the text of the report. It is not possible to do so exhaustively in this short article; thus, I will restrict myself to a few most mindless anti-realist abstractions and Freudian slips in the report.

The very first sentence of the report reads: “The importance ofPakistan’s role inAfghanistan and as a U.S. partner inS outh Asia is indisputable.”

The claim couched in the word “indisputable” is a presupposition. What is the source of this claim of indisputability? If a source happens to exist, the question is: How (in)disputable is it? Instead of justifying this presupposition, the foreign policy “elite” bring more baseless claims and assertions such as:

3. “. . . any attempts to alienate Pashtuns in general, and the Taliban in particular, [is] shortsighted”

4. “To examine these themes, the project drew on the expertise of a wide spectrum of Pakistan’s foreign policy elite – retired civilian and military officials, analysts, journalists, and civil society practitioners – with established expertise on Afghanistan and/or with knowledge of the modalities of policy making in the United States”.

Why isPakistancentral to the Afghan equation? What hasPakistanever done to improve law and order situation inAfghanistan? More than any other country in the world,Pakistanhas damaged the Afghan society through: the CIA-Saudi jihad (1979-88); the Taliban in 1994; and now through different terrorist Taliban outfits. Why do these “elite” see the end game inAfghanistanas bleak? Is it because it appears thatAfghanistanis not going to becomePakistan’sBhutan? Why must any approach to Afghanistanco-opt terrorists like the Taliban such as the Haqqanis and the Tehrik-e-TalibanPakistan(TTP)? What is the basis of the claim that the retired civilian and military officials etc are “foreign policy elite”? Who has made them such elite? Just because they can churn out opinionated articles and make emotional noises at talk shows does not make them foreign policy elite. Can these retirees show off any achievement which they made during their services? The same question can be asked about these “analysts, journalists, and civil society practitioners”. How many of them have published in respectable journals and papers? Anyone can write articles in newspapers and magazines. Pakistan’s problem is that there are far too many analysts and journalist. By the way, what do these practitioners practice?

Some of the mindless demands include dismantling the Afghan military. The report thunders thus: “Pakistani policy elite remain wary of the future role of the ANSF. Participants perceived the bloated size of the Afghan National Army (ANA) to be unsustainable and a threat toPakistan’s interests. In terms of ANA’s ethnic composition, the presence of non-Pashtun officers in key positions was highlighted to suggest that the makeup is more likely to fuel ethnic hostility than to maintain peace in Afghanistan.”

By what right, one may ask? Isn’t it a blatant interference in a sovereign country’s internal affairs? What if India or Afghanistan objects to the dominance of the Punjabis in thePakistanmilitary, or even in the Karachi Police (Karachiis an overwhelmingly a non-Punjabi city)? Why is a “bloated” Afghan army unsustainable? Has Afghanistan ever attacked Pakistan in the past? No. Can the same be said aboutPakistan?

The elite’s arrogance continues: “Pakistani policy elite involved in the project perceivedAmerica’sAfghanistanstrategy to date to be inconsistent and counterproductive toPakistan’s interests.”

What are those interests? Peace? When was the last time the world applaudedPakistanfor its peace efforts in Afghanistan(or anywhere else in the world)? The elite further claim: “The Pakistani military has persistently sought a friendly Afghanistan to avoid a ‘two-front’ situation which would entail a hostileIndiato the east and an antagonistic Afghanistan to the west.” Where is the evidence to support this claim on behalf of thePakistanmilitary? Are “friendly” and “slavish” synonyms?

The report has a few Freudian slips too: “We hope that the product will be a valuable step in understanding howPakistan’s foreign policy elite see their country’s policy preferences evolving inAfghanistan. As a next step, we recognize the need for an identical exercise to bring about a better understanding ofU.S.policy and perceptions among Pakistanis.”

Now, this is a very interesting slip of the tongue/pen. The elite are so buoyed up by the prospect of a prematureU.S.withdrawal that they are appreciating it. Yes, the word is “appreciate”? Why “appreciate”? Sometimes wisdom comes after the event! This is more than an instance of bad English.

The horrible, sinister part of the report comes when the Taliban are glorified, and shamelessly so. Just these two extracts should suffice: 1. the report seeks “to convince the Taliban of the validity of a power-sharing agreement”; and 2. “a sustainable arrangement would necessarily require the main Taliban factions – particularly Mullah Omar’s “Quetta Shura” Taliban and the Haqqani network – to be part of the new political arrangement.”

Yes, you read it right. The Pakistani elite want not just the Taliban, but the most bloodthirsty of them to be part of a peaceful post-endgameAfghanistan.

Reading the report leaves one very sad and disappointed. An apocalyptic eschatology coming from a band of ignoramuses like the Taliban is understandable. But when highly educated persons bask in the glory of the sophistry of their own ideologically freaky arguments, what can one say but: “the horror! the horror!”?

The USIP-JI report is nothing more than (and less than) a mindless plea for a Talibanic dystopia which will provide Pakistan’s military a living space, a lebensraum, for the so-called strategic depth. It shows that the Pakistani foreign policy elite’s relations with ground realities are tenuous at best. By authoring this report, they have acted like virtuosos of the macabre forgetting that the Taliban—Pakistani and Afghani—have declared a war on the innocent people of Pakistan. Every day somewhere inPakistan, innocent people are killed by the Taliban. When educated, enlightened elite acts like Taliban’s spokespersons, why do we blame Lashkar-e-Jhangvi and Sipa-e-Sihabah? After all, they speak for the Taliban too albeit in a different argot.