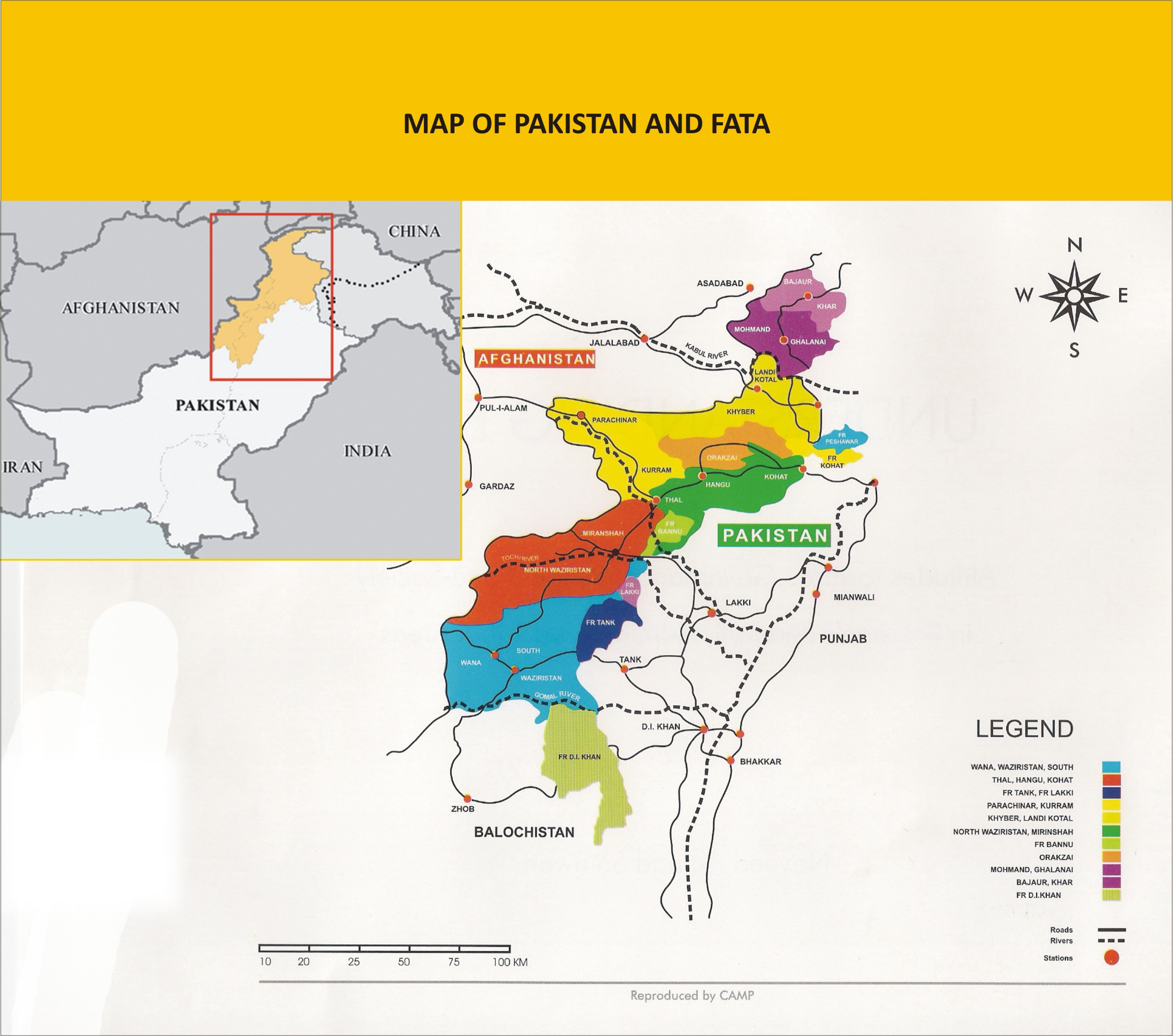 In all these areas 100% original, native Pukhtoon inhabit. The Pukhtoon of Afghanistan, Khyber Pukhtoonkhwa, Pukhtoon Balouch province and these tribal areas are the people of the same origin. They are strongly tied with each others on the links of joint culture, traditions, customs and religion. That’s why if there is peace or violence in the tribal areas the Pukhtoon of Afghanistan, Khyber Pukhtoonkhwa and Pukhtoon Balouch province have never been remained disaffected nor can they remain in future .these brothering Pukhtoon tribes are always under the good and bad affect of each other.

Now a day there is a hue and cry that peace must be allowed in these areas. The violence, uprising, smoke and terrorism which have resulted in the killing of thousands and displacing other several hundred thousand families must have an end point. But the possibilities of peace are not visible. Why peace is not returning to the Pukhtoon tribal areas?

How will peace return was the main question discussed in the recent meeting of all parties’ conference (APC) in Islamabad. Everyone was insisting to pave the way for peace. Before saying or writing anything on this national and also international issue one must honestly and truly understand the physical, psychological, social and political situation of the Pukhtoon tribal people and tribal areas. One must be honest and sincere in finding a permanent solution to this problem. That solution can only be finding when one speaks the truth without any fear or terror. If the solution is not based on truth and only truth, peace can never return. What are those truths?

The first truth is that, the people of this region from Bajawar to Waziristan are religiously stout Muslims and historically brave warriors.

The second truth is that, the soil on which these tribal Pukhtoon resides has neither been granted to them by any generous person or nation nor has it been given as alms. In reality these people have secured every inch of this land with their blood. They have protected this land which they consider their graveyard and homeland for hundreds of years against every attacker and every invader. They always lived there freely and with their own will and wish. For years they have never tolerated any outsider even if it is Pakistan Army or other foreign fighters. They consider them as invaders and attackers.

The third reality is that, the owners of every inch of this soil are known. Like Bajawar is the land of Tarklani, Salarzai, Mamond and Utmankhail tribes or their sub clans. Similarly Mohmond Agency is the property of Mohmond and Safi tribes. Every inch of Aurakzai Agency belongs to Aurakzai tribe and its sub clans. Furthermore, Khyber Agency belongs to Afridi, Shinwari, Mulagori, and Shalmani tribes and their sub-tribes. Likewise, Kurram Agency is the soil of Turi and Banghash tribes and their sub-tribes. Similarly South Waziristan belongs to Wazir, Mehsud, Betanai, Dotani and Suliman Khail tribes. Lastly, North Waziristan belongs to Wazir and Dawar tribes. Likewise, the six regions connected with the six districts belong to Afridi, Wazir, Betanai, Mehsud, and Sherani tribes.

Unfortunately, it is falsely propagated in the width and length of Pakistan that the tribal Pukhtoon of these areas are murderers, illiterate, cruel, racist and believes on sectarianisms. Similarly this land has been falsely declared as a no-man land and the real picture has been made blurred and bleak. The truth is that every inch of this soil has a declared owner and its social and cultural system and structure is far better then the so-called civilized cities of the country. These tribal people are true, sincere and straight forward folks. They are safe from the social evils of the settled areas. Before this violence which is not initiated by the local tribes, these areas were more peaceful than the major cities of Pakistan like Islamabad, Karachi, Lahore, Peshawar and Quetta. Gambling, sexual assaults on the vulnerable people and alcohol still are very rare in Pukhtoon tribal areas. All these evils can be widely found in the so-called civilised cities of Pakistan.

The fifth sure truth is that, those thousands of arrived or invited Arabs, Chechens, Uzbeks, Tajiks, and according to some sayings, the Iranian and Chinese citizen have neither any relation with this soil nor are they the natives of this land.

The sixth and most dangerous truth is how these foreigners and their supporters killed about one thousand of innocent tribal elders, leaders, religious scholars and influential people and till today none of them has been named. This kind of killing was impossible in the Pukhtoon tribal areas before this bloody game started.

The seventh reality is this that the Pukhtoon tribal areas are being continuously used for interference in Afghanistan. Consequently, these areas have become a laboratory for the test of Drones. Surprisingly, even today the local Pukhtoon tribal people cannot take a bag of flour, sugar, salt, tea or any other item to their own house without the permission of the political agent. Similarly, from an ordinary citizen to the social, political and religious leaders no one can enter in the tribal areas. So how comes these foreigners came in this areas. In addition, living in the area for foreigner after killing thousands of the leaders, elders and dears of the brave Pukhtoon is shockingly impossible. No one is there to make them accountable. These brave tribes are terrorised in such a way that majority of them have migrated to other areas. Those who are left, they live like hostages, keeping silence on every brutality. This will be a big blunder to consider the silence of the tribal Pukhtoon as their weakness. It will certainly result in a big storm. There is saying in Pashto, a man took the revenge of his relative of 40 years. One of his elders asked him why did you do it in such haste? If anyone loves really love these Pukhtoon tribes, so before the volcano of revenge burst out and burn every thing, something must be done without wasting any time. These people have not forgotten the assassinations of their elders, leaders, dears, and attacks on their mosques, playgrounds, funeral, weddings and other events. The world has some very serious and dangerous accusations on Pakistan and its army. The answer of these allegations is not possible by cheating and telling lies to the world. Our country has reached to the present situation due to lies and cheating.

The time has passed for the terms of strategic depth, good Taliban and Bad Taliban, Afghanistan as the 5th province of Pakistan, installation of a Pakistan friendly government in Kabul, Pakistan is not interfering in Afghanistan, and every kind of violence in Afghanistan is without the support of Pakistan. Use of such terminologies has become meaningless for the world and they do no more believe it. We have to make a clear decision, do we want war in Afghanistan or we support peace there. The world demands a clear-cut answer from Pakistan. Now is the time to clearly tell the world, Pukhtoon tribes and the Arabs, Chechens, Uzbeks, Tajiks and other guests about our intentions in the regions. What do we want to do in Afghanistan and in this region? One option is to opt for violence in Afghanistan which has very obvious consequences of being plunging the region and Pakistan into war. Which will ultimately make Pakistan present structure a heap of ashes and it will be impossible for Pakistan and Afghanistan to keep it political sovereignty and geographical structure. If we opt for peace in Afghanistan, the solution of the problem is that the peace in Afghanistan is connected with the peace in Pukhtoon tribal areas.

The first step toward peace is to negotiate with the true leaders and elders of the tribal Pukhtoon of seven tribal agencies. They must be empowered and be given the right of ownership of their soil. We must seek their support in bringing the peace back. Second step is to loudly tell the guests brought to these tribal areas, that we support peace and they must put full stop to their militant activities in Afghanistan, tribal areas and Khyber pukhtoonkhwa. This message should be conveyed to them in the presence of the Pukhtoon tribal elders belonging to these agencies.

Third step is request USA and the native countries of these militants if possible, to give an amnesty and allow them to go to their native countries or other countries of their choice. If someone wants to stay he/they must be disarmed and be facilitated to live here.
Forth step is to compensate the tribal Pukhtoon who have very badly suffered in the ongoing war both physically and financially. The natives of these tribal areas should be given the right to rule and Pakistan army must be withdrawn. After all this happen then political or any other reforms are possible.

Click here to post a comment
Imran Khan has arrived: A tsunami in a Punjabi teapot – by Ayesha Siddiqa
490 years of jail sentences for labour leaders in Pakistan – by Farooq Tariq