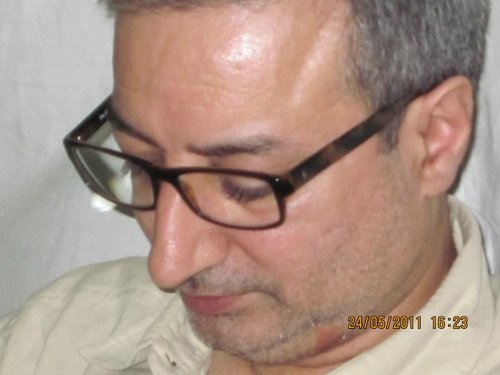 My attention to Murtaza Razvi’s piece on Begum Nusrat Bhutto was drawn by a fellow Tweep (@Darveshh) who referred to the article (A remarkable life story) published in Indian Express with the following comment: “No, it’s not Ansar Abbasi, it is Murtaza Razvi.”

I have read the said article twice and can confidently say it is replete of intellectual and factual inaccuracies and misrepresentations.

According to his profile on Wikipedia: Murtaza Razvi is a senior journalist with Dawn, served as Resident Editor, Dawn (2005–2007), columnist and political analyst for Indian Express.

Usually we would not expect multiple intellectual and factual misrepresentations in a single article from someone who has worked as resident editor at Pakistan’s leading English newspaper. Well, everything is possible in the land of the pure!

In the very first paragraph, Razvi refers to ‘the fact’ that Begum Bhutto was forcefully stripped of PPP’s chairpersonship by none else than her daughter, Benazir Bhutto.

Begum Nusrat Bhutto’s posthumous crowning as “Mother of Democracy” by a party which had stripped her of its chairpersonship, and her decoration with Nishan-e-Imtiaz, Pakistan’s highest civilian honour, by her son-in-law president come as exercises to cover up a guilty conscience. The nationwide public holiday declared on her funeral day on October 24 and the 10-day mourning are similarly hollow moves on the part of the government.

For a start, can Razvi suggest why declaring a public holiday or the 10-day mourning on Begum sahiba’s death are hollow moves, and what substantive move would he envisage to mark her death?

The author conveniently forgets to mention that in 1982, Begum Bhutto was given permission to leave the country by the military government of General Zia for medical treatment in London at which point her daughter, Benazir Bhutto, became co-chairperson of the party. It is a fact that despite her immense sacrifices after ZAB’s execution, Begum Bhtto’s entry into politics was accidental, Begum sahiba was a domestic woman whereas Benazir Bhutto was much better trained and well versed to lead and represent the party. Therefore, the party’s CEC always posed confidence in BB’s chairpersonship, a party decision which was graciously endorsed and accepted by Begum Bhutto. Indeed, after returning to Pakistan in the late 1980s, Begum sahiba willingly served two terms as a Member of Parliament to the National Assembly from the family constituency of Larkana on PPP’s ticket. During the administrations of her daughter Benazir, she served as a cabinet minister and Deputy Prime Minister. Therefore, it is inaccurate to state that the PPP stripped Begum Bhutto from the chairpersonship of the party or that her services were not recognized or rewarded.

Next, Razvi refers to Murtaza Bhutto’s murder and maliciously presents Murtaza’s murder in the context of BB’s “brutal rivalry with her brother”:

As Pakistanis mourn Begum Sahiba’s passing, one’s mind races back to September 20, 1996 when her elder son, Mir Murtaza Bhutto, was gunned down by security personnel outside the Bhutto home in Karachi. Her daughter, Benazir, was prime minister at the time and embroiled in a brutal rivalry with her brother. The case was callously brushed aside and no one was brought to justice for killing Murtaza and his friends in cold blood.

It is a known fact that Murtaza Bhutto was killed by the same powers which had previously engineered judicial murder of ZAB and mysterious murder of Shahnawaz Bhutto in France. By killing Murtaza Bhutto, military establishment was able to not only demonstrate the administrative failure of BB’s government but also blamed the victim (sounds familiar?) by pointing the fingers of doubts towards BB and her husband who were carefully projected to be involved in Murtaza Bhutto’s murder. This is the same old, ISI-esque ‘truth’ which  Razvi would like us to believe when he refers to BB’s brutal rivalry with her brother as a context to Murtaza Bhutto’s murder.

In his article, Razvi also repeats what Mumtaz Bhutto and others have been parroting for the last few days, i.e., Begum Bhutto was forcefully separated from Murtaza Bhutto’s children:

It would not be until after Begum Sahiba was struck by Alzheimer’s that Benazir would coax her into leaving the country with her to live and, alas, die in isolation in Dubai. The idea was to keep her away from Murtaza Bhutto’s children, Fatima and Zulfikar Ali Bhutto (Junior), whom she was very fond of and who in turn would be Bilawal Bhutto’s rivals in future politics. The grandmother and the grandchildren were indeed very close.

Clearly missing in such narrative is one name, i.e., Sanam Bhutto, the most direct and legitimate descendant of ZAB and Begum Bhutto. [This reminds me of another similar omission in Nasim Zehra’s article on Begum Bhutto, in Express Tribune, in which she mentioned Fatima Bhutto and Zulfikar Jr by name but conveniently forgot to mention Bilawal, Bakhtawar and Asifa, amongst those who are dealing with the pain of their grandmother’s death.] Only a naive or dishonest person would believe that Ghinwa Bhutto (surrounded by Messrs Mumtaz Bhutto, Mustafa Khar, Dr. Mubashir Hasan and other known accomplices of the military establishment) is more trustworthy than BB and Sanam Bhutto in taking care of Begum Bhutto.

At the funeral in Garhi Khuda Bux, President Zardari and his children officially conducted the ceremonies at Naudero House, the house that Benazir Bhutto in another bizarre episode had secured for herself by evicting the aged Begum Amir Bhutto, the first wife of her father. A short distance from that house stands Al Murtaza, the ancestral Bhutto home where Murtaza’s widow and her two children mourned separately for the lady who was taken away from them. Murtaza’s Syrian-born widow, Ghinwa Bhutto, who heads her faction of the People’s Party, lambasted the Zardari squad for keeping her and her children away from bidding farewell to Begum Bhutto.

Once again, more than Bilawal or Fatima, it is Sanam Bhutto who had the final say in deciding about the funeral details of Begum Bhutto. For Razvi, Sanam does not exist. That the establishment callously used Begum Bhutto’s death to operate its pawns for political point-scoring is a fact that escapes the analysis of Dawn’s ex-resident editor.

Back in 2009, Sanam Bhutto herself responded to a similar malicious propaganda by Aazeem M. Mian and other yellow journalists expressing her support for the PPP leadership including President Asif Zardari:

In the next paragraph, Razvi finally reveals his contempt for ZAB and BB because of their ‘unsecular’ politics. In particular, the way he describes BB’s dupatta as a sign of her hypocrisy is quite disturbing.

Unlike the daughter who had started donning the dupatta over her head as she entered politics, Nusrat Bhutto held her head high, dressing and walking the way she had always done. Hypocrisy never touched her; she remained straightforward and blunt throughout her life, never mincing words when censure was called for even if it involved her own children. She will be remembered for these very qualities. Unlike her husband and her daughter, her politics too remained secular.

What Murtaza Razvi and other liberal elites persistently fail to understand is that the real world of politics is much different from their dream world of vacuous rhetoric and drawing room chatter. ZAB’s approach to Islamic socialism and BB’s insistence on inclusion of Islamic welfarism and tolerant traditions in PPP’s manifesto are an expression of their attachment to Pakistan’s people, culture and a moderate, inclusive view of religion. Secularism does not mean making fun of one’s personal beliefs and practices or passing moral judgements on a woman’s dressing.

The very fact that the so called (fake) liberal elites and their right wing affiliates are synchronised and united in promoting the children of Murtaza Bhutto as rightful heirs of Zulfikar Ali Bhutto  represents their deep patriarchal, tribal biases which happen to conveniently coincide with the establishment’s interests.

Overall, Razvi’s article has reinforced my belief that it is not only right wing journalists of Urdu media in Pakistan who misrepresent facts and project pro-establishment narratives, liberal elites in English media are no exception, although they are more refined and camouflaged in their tactics and strategies.

Interestingly, but not surprisingly, a similar Razvi-esqe, Mumtaz Bhutto-esque narrative is currently being published and reinforced by right wing journalists in Pakistan’s Urdu media. For example, refer to Irshad Ahmed Arif’s column in Jang 25 October in which he writes:

This proves my point that urban-centric liberal elites in English media and right wingers in Urdu media usually operate in a well coordinated manner to promote certain narratives which tend to aid the powers that be in Pakistan.