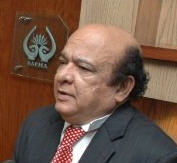 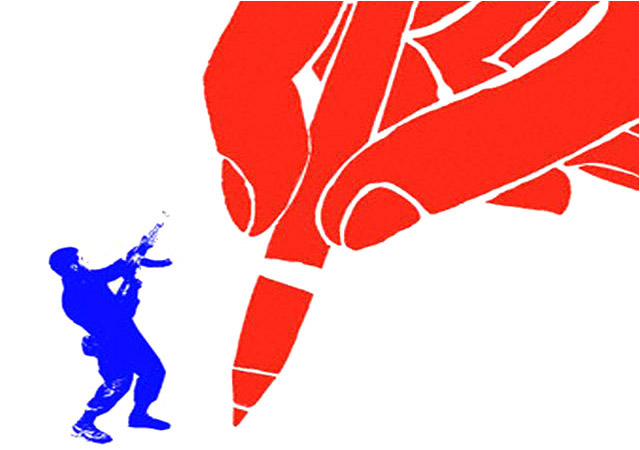 The editors, senior journalists and civil society activists from across the country who met at the Second Conference of Media Commission Pakistan on 15th October 2011 in Islamabad resolved to defend freedom of expression and safeguard journalists from increasing threats to their lives and the intimidations and obstructions they face while performing their professional duties in an environment of overwhelming intolerance, terrorism, extremism and impunity.

They said that they are:

a. alarmed at the wave of bigotry, intolerance, intimidation, violence, extremist ideological onslaught against universally recognized freedoms and human rights, freedom of expression in particular, Pakistan’s constitution and geographical nationhood, and recourse to violent means by the extremists, bigots, outlaws, terrorists and their accomplices and patrons;

b. Concerned over increasing threats to right to life and practicing certain professions, journalism, performing arts, humanities, research, advocacy of rights and rule of law;

c. Take serious exception to the brutal killing of six journalists this year alone – including Shafiullah Khan, Asfand Yar Khan, Saleem Shehzad, Nasrullah Khan Afridi, Wali Khan Babar, Faisal Qureshi – and lack of progress in bringing the culprits to justice in these and other over 70 cases of journalists’ killings;

d. Dismayed over deteriorating law and order situation and incapacity or a lack of will of the elected government and the state institutions in stemming the spread of intolerance, violence, extremism and terrorism;

e. Worried over a lack of consistency in eradicating terrorism and extremism, and a failure to extend the sovereign writ of the state to the Pakistani territories and various “no-go areas” taken over by the terrorists/outlaws, and not strictly stopping terrorists and sectarian outfits from operating in various disguised forms, and spread of hate-material through various means;

f. Perturbed over the self-appointed moral brigades to impose their barbaric values on others, women and minorities in particular, and calls to grant a license to kill, such as in the Salmaan Taseer case, and making the rule of the jungle prevail over due process of law and justice;

h. Condemn killing, torture and victimisation of working journalists by various state and non-state actors, non-implementation of Seventh Wage Board Award, retrenchment of media-persons, long delays in the payment of dues and a lack of protection, due wages, risk allowance and insurance coverage for journalists reporting from conflict zones;

i. Reiterate our full faith in constitutional, democratic and representative system that ensures freedoms and fundamental rights, an independent judiciary, a free and responsible media and above all sovereignty of our people reflected through federal and provincial legislatures;

Two lessons are to be drawn from this muddy experience of war on terror:

One, the journalists should seek information from wherever it is coming, but should neither become the part of, nor spy for one warring group or the other, including security organisations and militant outfits. They must adhere to their professional code of conduct while taking all safety measures. But it still remains a professional hazard to report conflict objectively, fairly, fearlessly and impartially.

Two, the security and intelligence agencies should also draw a clear line not to exceed their lawful limits which brings a bad name to their professional institutions. They should drastically rethink their media-engagement policy and stop keeping an army of pseudo-journalists on their payroll who have proved to be good for nothing. It must stop those elements within who indulge in any manner in unlawful acts of harassing citizens and journalists that brings a bad name to most effective arms of our national security.

1. The creation of a tolerant and democratic culture, respect for freedom of expression for all, an end to hate speech and extremist/sectarian literature/electronic products, reform of curricula and education system, an open cultural policy, promotion of performing arts and humanities. Freedom of expression, right to know and the right to dissent must be respected.

2. Terrorism, extremism and sectarianism in all its forms and manifestations must be prohibited at all levels and the writ of the state must extend to all areas of Pakistan to ensure geographical integrity and national sovereignty, and rule of law and due process of justice must prevail without exception. Extremist vigilantism must be curbed.

3. Besides investigating Saleem Shehzad’s case, the Judicial Commission must expand its mandate to address the pattern of intimidation of journalists, media-military relationship, secret funds to manipulate the media, issues of freedom of expression and right to know, security of and insurance coverage for media-persons, some institutional arrangement, such as an ombudsman, to provide protection to journalists under threat. The Commission should release its report to public which the government and its institutions must implement.

4. All cases of target killing of journalists should be investigated and the culprits must be brought to book.

5. The armed forces, paramilitary forces, and their intelligence agencies, the IB and other secret agencies must evolve a clear policy and code of conduct of embedding journalists and keep out of the business of controlling the media. In their own institutional interest, they should critically rethink media-military relations while respecting freedom of expression and right to know. There are better ways to do things rather than adopting rough and counter-productive tactics.

6. The Media Code of Ethics must be observed by the journalists in reporting conflict. The Media, in all respects and spheres, should raise professional standards, observe media ethics and agree to a credible and autonomous regulatory framework.

7. The journalists should be provided risk and life insurance coverage by both the government and the media employers. Training in conflict reporting, safety measures and kits, besides security to be provided by the security agencies, are some of the measures that should be undertaken.

8. Journalists must be required to undergo training in conflict-reporting and their employers must be made responsible for this training. This training may be arranged by the Information Ministry and PEMRA in cooperation with the Pakistan Army. The government must set aside a fund for the compensation to the family in case a journalist is killed while on duty.

9. In the conflict zone, the journalist must be required to wear a reinforced jacket to make him secure against bullet wounds, he must be equipped with a proper communication device such as a cell-phone so that he can get in touch with his employer and any other authority set up by the state to ensure his safety.

10. Freedom of expression must be respected in the light of Johannesburg Principles (1995) and all state functionaries be sensitized about them. Proposed Freedom of Information draft should be presented before the Parliament for approval and rules may be framed immediately.

12. The interference of agencies in the media profession must be stopped by the leadership of the armed forces and complaint cells be created in all security agencies to entertain the complaints of citizens against the excesses of their officials.

13. All secret funds held by Information Ministry, other ministries and secret agencies regarding media should be regularly scrutinised by a joint committee of the parliament.

14. The press clubs all over Pakistan and media organisations must be supported by the provincial governments under the scrutiny of the federal Information Ministry to ensure security of the collective body of journalists and media outlets when threatened with closure by terrorist organisations.

15. The Government of Pakistan should support SAFMA at the SAARC level to create its Endowment Fund through SAARC Development Fund.

Church report condemns Pakistan’s intolerance toward Non-Muslims
… Meanwhile in the Land of the Pure – by Nadeem F. Paracha