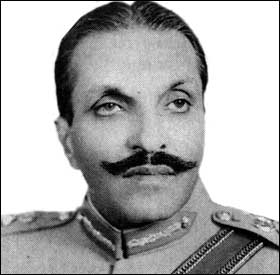 Ninety-nine percent of Pakistani (electronic and print) media (Urdu as well as English) is right wing, and 100 percent of it has run amok in fury over an honorary doctorate awarded to Interior Minister Rehman Malik by Governor Sindh Ishratul Ebad Khan. A newspaper editorialised its anger thus: “The huge smile on ‘Dr’ Malik’s face as he accepted his degree reaffirms his own sense of surety that all that he is doing is right.” A columnist wrote in sarcasm: “Rehman Malik has joined the ranks of 5,300 PhD scholars in Pakistan.” The Islami Jamiat-i-Talaba (IJT) protested in front of the Karachi Press Club; its leader thundered: “Awarding honorary degrees on political basis should be banned!”
Since I came to know about him in 2007, I do not remember a single moment when I liked Rehman Malik. Thus, this piece is not a defence of the degree awarded to him. I wish to read between the lines of what and why the media has been railing against who and why. I wish also to put on record that an honorary degree was awarded to a person far, far worse than Rehman Malik.

First, a correction: someone holding an honorary doctorate does not become a doctor in the academic sense. Such a person cannot write ‘Dr’ in front of his/her name. If Abdul Sattar Edhi is given an honorary doctorate, he will not be considered a scholar, but, in his case, a social worker. Also, these frothing-at-the-mouth babblers have not identified whether Malik’s award is a PhD or a Doctor of Laws (LLD). What is this ‘sense of surety’? Only the editorial writer in question can answer. I have looked up dictionaries and usage manuals these past few days, and none of them enlightened me on this.

Now a word about the IJT’s shock and objection over the award. It was this very IJT and its parent Jamaat-e-Islami (JI) that gave an LLD to General Ziaul Haq. Yes, this is what happened in 1978 after he had deposed Zulfikar Ali Bhutto’s government and declared himself Pakistan’s Chief Martial Law Administrator (CMLA). Rehman Malik has been awarded the degree for, as the citation goes, his “matchless services to the country in the war on terror and particularly in restoring peace to citizens of Karachi”. This may be right or wrong, but Rehman Malik has not committed any treason. Will the IJT or the JI clarify on what basis they awarded an LLD to Ziaul Haq whose greatest act till 1978 was treason, the worst crime in Pakistan? The person who physically conferred the degree on General-CMLA Ziaul Haq was no other than Liaqat Baloch. At that time, he was president of the Punjab University Students Union. Now he is a deputy amir of the JI. He can explain the raison d’être of the conferment better than anyone else.

When General Zia was awarded an LLD, there were no dissenting voices other than those of a few Punjab University professors. Most of them were sacked, and many of them were removed from department chairmanship. One of them was Professor Razi Abedi, a close friend of mine. He has recently told me that the police and intelligence agencies swooped down on pro-democracy/anti-Zia professors with a level of violence that is normally reserved only for murderers and drug-traffickers. In their ignoble task, the police and intelligence agencies were helped by student leaders and some Punjab University professors.

I do support the IJT in its proposal that honorary degrees must not be awarded on political basis. Now that General Zia is gone, the Punjab University can revoke the LLD awarded to him. Shahbaz Sharif has complete control of the Punjab University. He can cast the first stone. This, I hope, will lead to the revoking of Malik’s award too.

The real agenda behind the sound and fury over Malik’s degree is not the award per se. My understanding is that Malik is not the target at all. The real target is President Zardari, hated by the media, political parties, the ISI and the army (refer to WikiLeaks to learn about General Kayani’s love for Zardari). The formula is: whatever and whoever has Zardari’s support must be taken on. As a sidekick, the MQM can also be subjected to criticism because it is a Zardari ally. Thus, two birds can be killed with one stone.

The writer is the author of Two and a Half Words and Other Stories. He can be reached at hellozaidi@gmail.com

Click here to post a comment
… Meanwhile in the Land of the Pure – by Nadeem F. Paracha
Killings of Hazara Shias: makings of genocide? Some questions for human rights groups — by Mohammad Taqi