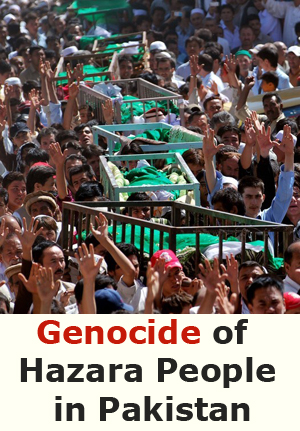 Guest editor’s note: In the following op-ed published in Daily Times, Dr. Mohammad Taqi continues with his tradition of writing on sensitive and non-mainstream topics thus demonstrating his character and intellectual integrity.

Dr. Taqi asks tough questions from what we describe as “human rights cartel” on their silence on or misrepresentation of Shia Genocide in Pakistan.

We suggest this piece on Shia Genocide must be read by all PPP leaders particularly by Federal Minister Ayatullah Durrani and Balochistan Chief Minister Aslam Raisani.

“Within the human rights community there is reluctance to use the term genocide” notes Dr. Taqi. In our view, this is not a case of reluctance, there is almost complete blackout on Shia genocide by the deep state backed sectarian monsters (LeJ, TTP, SSP types). A case in point is the fact that despite hundreds of Shias massacres in D.I.Khan, not a single statement or report was issued by any human rights group.

His op-ed also has an implicit message to army generals and their accomplices in Pakistani state: “The Pakistani state must remember that failure to avert an imminent catastrophe would land it in very dubious company.”

Dr. Taqi alludes to “the inaction of the bystanders” on Shia Genocide in Pakistan. Yet, inaction is far more preferable to misrepresentation.

However, one thing sadly missing in @mazdaki’s op-ed is how and why some vested interests (e.g. Abdul Khaliq Hazara, Mustafa Qadri etc) are misrepresenting Hazara Shia genocide as an ethnic issue. 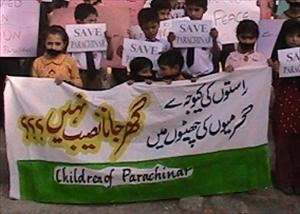 “War doesn’t negate decency. It demands it, even more than in times of peace” — The Kite Runner.

Anyone who has read Khaled Hosseini’s novel, The Kite Runner, or watched its heart-rending film adaptation need not be reminded that the above quote was an Afghan man’s response to a Russian soldier on the verge of a war crime claiming, “This is war. There is no shame in war.” The man’s son tried to stop him from standing up to the Russian. The Kite Runner remains a poignant parable of what has gone wrong with Afghanistan and Pakistan. That war has ravaged both countries is obvious but the hit that common decency has taken goes almost unnoticed.

Hosseini’s character Amir and his decision, first to not do anything when his friend and half-brother Hassan is subjected to an atrocity and then to keep his father from intervening to stop violence, is a stark reminder that the perpetrators’ strength is compounded by the inaction of the bystanders. In the allegorical work, the epithets and slurs thrown at Hassan — the jovial, loyal and young representation of decency and more importantly Afghanistan itself — are the abyss staring us in the eye. 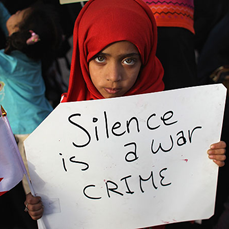 Unfortunately, the disaster and slurs are not limited to fiction any longer. After the recent massacre of the Shiite Hazaras near Mastung, the parliamentarian from the area — Ayatullah Durrani — suggested on a television show that the victim community benefits by getting Australian asylum. Aslam Raisani, the chief minister of Balochistan, where more than 500 Hazaras — over 90 in the past four months — have been killed, offered to send a truckload of tissue papers to the bereaving families. Many seasoned human rights campaigners have either remained mum or have issued subdued statements literally sanitising the premeditated mass murder underway in and around Quetta. Terms like ‘sectarian killings’, with connotations of a tit-for-tat warfare between equal groups for similar motives, have been deployed.

Mass murders do not happen in a vacuum or out of the blue. There are always indicators of the disasters in the making, which are ignored by the bystanders, euphemised by the enablers and denied by the perpetrators. Prevention of such catastrophes has been a subject of serious scholarship and among the warning signs the most important one is a history of similar atrocities. Professor Barbara Harff had aptly noted: “Perpetrators of genocide are often repeat offenders, because elites and security forces may become habituated to mass killing as a strategic response to challenges to state security.”

The Hazaras first came to the Quetta cantonment in the then British Balochistan from central Afghanistan after the Afghan ruler, Abdur Rahman Khan, prompted by clergymen from Kandahar, issued a decree in 1892 declaring the Hazaras infidels. He ordered them to convert to the Sunni faith and when they refused he followed up on his pledge to exterminate them. A similar edict was issued by the Taliban regime of Mullah Omar in 1998 followed by extermination campaigns such as Mazar-i-Sharif (1998), Robatak Pass (2000) and Yakaolang (2001). The Hazaras have lived in peace and relative prosperity in Quetta and have been considered model citizens of Pakistan. But that was until another series of edicts was unleashed against them by the Lashkar-e-Jhangvi (LeJ) — the Pakistani affiliate of the al Qaeda-Taliban combine.

It is in this very specific context that recognising the vulnerability of the Pakistani Hazaras takes on an urgency that no human and civil rights activist can ignore. Over 600,000 members of an easy-to-profile community, largely residing in the Marriabad area near Alamdar Road and the Hazara Town off the old Brewery Road in Quetta have become sitting ducks given the callous government attitude and a determined and well-armed perpetrator. The responsibility of bearing witness, raising concern and proactive advocacy rests now with the media and human rights activists. 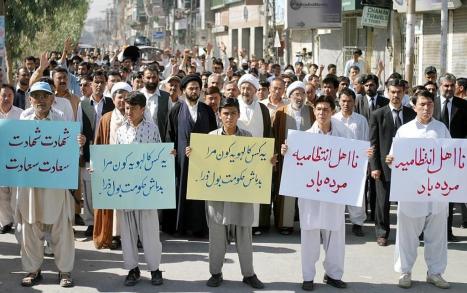 Within the human rights community there is reluctance to use the term genocide and a departure from the confines of the 1948 UN Convention on the Prevention and Punishment of Genocide, which provides a legal definition of the crime, is considered almost a judicial heresy. In a situation where the legal framework has not kept pace with time and the intervention and prevention of a disaster cannot wait, a working definition provided by John Thomson and Gail Quets may provide a useful start. They had stated: “Genocide is the extent of destruction of a social collectivity by whatever agents, with whatever intentions, by purposive actions which fall outside the recognised conventions of legitimate warfare.”

Even within the confines of the UN definition — based on the efforts of Raphael Lemkin — the atrocities do not have to be state-sanctioned, happen only in war or in peace, or a certain number of the target population have to die before the invocation of the term could be considered. Extermination of the last member of a community does not have to happen — in fact not one person has to be killed — for the crime to become genocide. Any ‘stable and permanent group’ (which can be national, ethnic, racial or religious) is considered a protected group. The responsibility for protection, of course, rests squarely with the state. In its 2007 judgement in the Bosnia vs Serbia case, the International Court of Justice (ICJ) for the first time defined the scope of the state responsibility under the UN convention. The ICJ has set strenuous evidence standards for a state to be held responsible for direct commission of genocide. But it also imposed an equally strict onus upon the states to rein in the non-state perpetrators to prevent genocide.

Nadezhda Mandelstam, a survivor of the Stalinist gulags herself, writes in Hope against Hope, “The relentless keepers of the truth are the genocide’s most powerful opponents…those who fail to witness honestly — who turn away, distort, and deny — are reliable allies of the génocidaires.” Interestingly, Nadezhda means hope in Russian. One remains hopeful that the international and Pakistani human rights organisations and activists would help bear witness, chronicle and report what appear to be the makings of genocide. The Pakistani state, on its part, must remember that failure to avert an imminent catastrophe would land it in very dubious company.