When prime ministers bowed to jihad —by Khaled Ahmed

Shafiqur Rehman Mian has done a good job of translating a book that is full of terms not always easy to render in Urdu. He goes for the easier version, eschewing the more precise but more heavily Arabised words in vogue these days. For instance Divide and Rule is less accurately but more readably rendered as larao aur hakumat karo.

Husain Haqqani’s English version was Pakistan: between Mosque and Military (Vanguard Books). He holds that Pakistan’s textbook nationalism is India-centric and any attempt at changing this indoctrination is robustly resisted in Islamabad. In the post-2000 period, most of the attempts made by the Musharraf government to detoxify the textbooks had failed. This move was aimed at eliminating two elements in the books: the anti-India (strategic depth) reference and its corollary, the reference to Islam (internal fusion of identities in order to face India effectively).

Anti-Indianism necessitates the dominance of the army and the army needs Islamisation to secure its back as it faces India. The opposition in Pakistan wants the army out of power but wants to retain the textbook nationalism, a policy that contains two mutually destructive passions. The only party capable of grasping the importance of altering the nature of Pakistan’s nationalism — the PPP — is humbled by the brainwash of the Punjabi vote-bank in favour of this nationalism.

Haqqani reveals that after Nawaz Sharif got the divided mujahideen to agree to an interim government after the fall of the Najibullah regime in Kabul, Pakistani army helicopters actually flew Hekmatyar and his men to a place outside Kabul so that he could take over as a member of the mujahideen cabinet. Pressured by the ISI and his IJI cohort, Qazi Hussain Ahmad, Nawaz Sharif had toed the line on Hekmatyar, but he was becoming aware that Hekmatyar had no support among even the Pushtun mujahideen.

During his first tenure he did try to ‘balance’ the Afghan policy, but the cumulative pull of the ISI and Jama’at-e Islami on his vote-bank was too strong for him to resist. In 1993, after the Nawaz Sharif government was ousted from power and Ms Bhutto once again returned to rule Pakistan, the establishment was still rolling with its old momentum. Even the intelligence agencies under her were divided. Hameed Gul ‘cells’ existed in the ISI and the ‘professional’ army chief continued to feel weak and besieged by the ghost of General Zia.

Ms Bhutto was even more vulnerable to the pressures the military put on her with regard to the Kashmir policy, which was clearly falling apart in the mid-1990s, with the US declaring the big operator in Held Kashmir — the Harkatul Ansar militia — a terrorist organisation. The new ISI chief General Javed Ashraf Qazi told the Americans he knew nothing about the banned Harkatul Ansar and therefore could not arrest any of the Harkat leaders. The banned militia resurfaced as Harkatul Mujahideen, which was to become the most dreaded military arm of Al Qaeda in the days to come. The generals thought as one on Kashmir and India.

This is one thesis on which Haqqani cannot be faulted: from Iskander Mirza and Ayub Khan to Ziaul Haq, Jehangir Karamat and Musharraf, Islamist and non-Islamist generals alike, were unwilling to help a prime minister shift away from an India-centric worldview. Nawaz Sharif and Ms Bhutto were both blackmailed into pretending to advance the Kashmir policy and actually use it as a plank during election campaigns. It is moot if the weak ‘professional’ army chiefs too were similarly blackmailed.

The second PPP tenure also saw the Hamid Gul ‘cell’ type of rogue military officers masterminding a takeover which would be politically fronted by philanthropists like Abdus Sattar Edhi and Imran Khan. (Haqqani doesn’t mention Imran and is skimpy on detail.) This was followed by an actual attempt at an overthrow in 1995 led by a major general who was ‘allegedly’ patronised by an ex-ISI chief.

A ‘weak’ army chief was also to be targeted by the coup-plotters together with Ms Bhutto and her government. Was the next ‘weak’ (professional) army chief General Jehangir Karamat able to punish the coup-plotters? Evidence is that he avoided confronting the ‘strong’ elements within the army whom a more thoroughgoing ‘correction’ would have offended.

General Javed Nasir kept snubbing the weak army chief even after he was ousted from the ISI. Haqqani reveals that he authorised the 1993 attack, through Indian underworld figure Daud Ibrahim, on the Bombay Stock Exchange, which killed 250 as a revenge for the destruction of Babri Masjid by Hindu fanatics. That was the year that Javed Nasir was prematurely retired from the ISI, only to be given a more important ‘India-related’ job in the Evacuee Property Trust in Lahore regulating the Sikh properties in Pakistan and therefore the traffic of Sikhs to their shrines.

Who gave him the job? Javed Nasir’s list of ‘enemies of Islam’ at the ISI included ‘the United States, Hindu leadership of India and the Zionists’. Musharraf fired him from his Lahore job also in 2002. His pro-Kargil Operation articles in the press, written in the low-IQ but highly spiritually uplifting style of Hamid Gul, did not save him in the end.

When Nawaz Sharif came to power for the first time (1990-1993), he was steamrollered into pushing the Kashmir policy. Despite Foreign Secretary Shaharyar Khan’s reasoned argument that Kashmir could not be won through jihadi militias, he inclined in favour of the ISI, making the clandestine Kashmir policy more clandestine in the face of rising American objections.

The covert policy swung out of control under Ms Bhutto in 1993 as Mast Gul, a Jama’at-e Islami hero of Charaar Sharif, was paraded in the streets of Pakistan by the ISI against her wishes, during which Mast Gul condemned her government! She appealed to the US to come to her help ‘against militancy and terrorism’ but the truth is that militancy and terrorism were emanating from the military and the American routine was to support whoever was powerful so as not to ‘go against the people of Pakistan’.

Haqqani narrates the story of how in 1998 Nawaz Sharif was compelled to mend fences with Muridke near Lahore when the Governor Punjab and the federal information minister called on its leader and praised him and his terrorist forays into India.

He also mentions the October 2001 attack by Jaish-e Muhammad on the Kashmir assembly in Srinagar. It first owned it, but later denied it. Then in December the same year Lashkar-e Tayba attacked the Indian parliament, bringing the Indian army eyeball-to-eyeball with the Pakistan army on the borders. Musharraf arrested Hafiz Saeed but let him go after keeping him in safe custody for some time. In Urdu, the book reads like treason. (Daily Times) 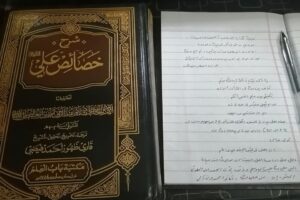 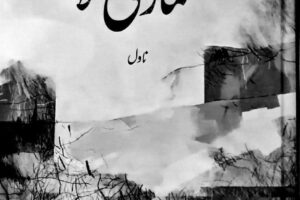 Tracking the Media: Interpretations of Mass Media Discourses in India and Pakistan – Book Review
Book Review: How We Missed the Story: Osama bin Laden, the Taliban, Sipah-e-Sahaba and the Hijacking of Afghanistan – Roy Gutman