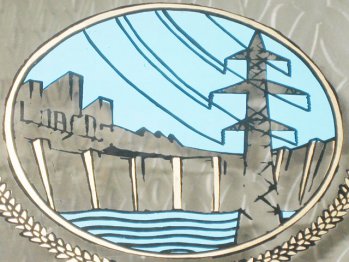 There was a momentary period of satisfaction and fulfillment that followed some mind blowing statements by one of the mainstream political leader. It was just a few months back that PML-N chief Mian Nawaz Sharif vowed not to derail the democratic process, restored after a long struggle. He also pledged to foil all conspiracies aimed at disrupting democratic dispensation. It was a welcome move, a breath of fresh air that finally our political mainstream has learnt an important lesson from their past mistakes. It might not have been a great paradigm shift but for Pakistan, where politics is marked with intrigues, character assassination, leg-pulling, conspiracies and political point scoring, it was indeed a great paradigm shift. Unfortunately, all this was also a part of foul politics, mere lip service, and a disillusion. Certainly, anyone who loves democracy would be dismayed once again.

It is incomprehensible why Mian Nawaz Sharif once again wants to return to square one. He is indeed surrounded by those people who are not sincere with him in any way. What is the logic behind such asinine moves characterized by burning statements and forcing people on the road? There is growing sense of political isolation breeding within PML-N. Furthermore, Mian Nawaz Sharif is an old case of narcissism. His political isolation could be the direct result of egoistic injury and finally a narcissistic rage. It could be a dangerous move and devastative not only for all political parties but Pakistan, people of Pakistan and democracy.

The country is faced with electricity crisis. Power outage has become a common feature and the fact is that this issue is indeed grave. But does the entire situation demand a raging reaction, acts of arson damaging Government and Public property? No country can completely overcome its energy deficiency overnight when this crisis needs to be resolved with our farsightedness and vision rather than mere rhetoric or inciting emotions of the public against a democratically elected government. We must not play with national issues for political point scoring. Rather, a self-accounting attitude should be adopted by pondering as to “what did we do for power and energy when we were in power”. Today, whatever energy we have is only because of the visionary policies of Shaheed Benazir Bhutto. If some political elements had not vehemently opposed her then today we would not only have been self sufficient but would also be exporting energy.

Under 18th Amendment, provinces can create their own power resources and can generate power then why is the Punjab Government politicizing energy issue against the ruling political party of the country?

PMLN has ruled this country twice with so-called thumping majority (Bhari mandate) but during these tenures, did they generate a single Megawatt of power?

An historical agreement with Iran on Gas Pipeline that will cater for Pakistan’s major energy needs have been inked by PPP government under the wise supervision of President Asif Ali Zardari. The construction of Diamer Bhasha Dam (8.1 million acre feet and power capacity of 4500 megawatts) has been unanimously approved by the House of Commons just because of the tireless efforts of PPP government. The leadership of PPP sagaciously handled the issue of Diamer Bhasha Dam avoiding any political confrontations that prevented the construction of Kalabagh Dam.

Moreover this government of PPP has so far constructed 49 small dams and plans to build eight more in Rawalpindi, Jhelum, Attock and Chakwal to promote agriculture in these regions.

Work on Neelam Hydropower Project Muzaffarabad (AJ&K) with 969 MW capabilities, Ghazi Barotha Hydropower Project with 1450MW, Bunji Dam Project of Pakistan and China with 7,000 MW of electricity and other small generating projects are all in the pipeline and would be completed soon.

So far all the power projects in Pakistan have been installed by the Pakistan Peoples Party Governments from Shaheed Zulfiqar Ali Bhutto to Shaheed Mohtarma Benazir Bhutto and now President Asif Ali Zardari. What did PMLN and others contributed in making Pakistan self-sufficient in the field of energy is already before the nation. All this hue and cry is just for the political point scoring.

Pakistan is still lagging far behind the developed nations. We have several burgeoning crises. We have several fronts to fight. We have numerous national security issues. Government is moving to resolve them with the popular public support. Hitherto, the Government is doing its level best to deal with issues sagaciously. President Asif Ali Zardari and Prime Minister Syed Yousaf Raza Gillani do not have Alladin’s Lamp capable of resolving all issues in the blink of an eye. Mess created by the previous regimes cannot be cleaned overnight. All these issues are time bounded. Everything takes time, then how all improvements can be made instantly?

One very disturbing thing is that now PMLN wants to cash public sentiments once again. Like an uninvited and unwelcome guest, as it did in lawyer’s movement, it wants to control the reigns of public rage. If it is so then it is simply a blunder. A great and serious blunder of its political career, as we know well the mob psychology, the flood of sentiments could even wash away everything in its way. PML(N)’s protest hysteria is neither fruitful for Pakistan and its public nor for the sustenance of democracy.

Madrassa graduates and labour market mismatches -by Murtaza Haider
US, India: Educational collaboration is a driving force in strategic dialogue