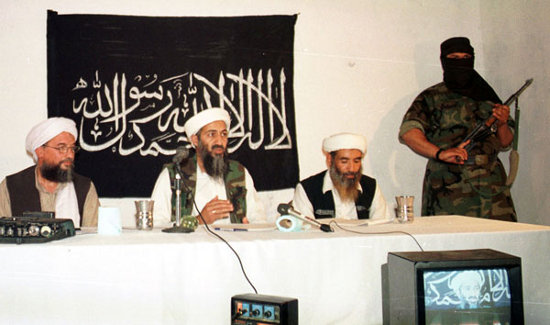 Mullah Baradar was arrested near Karachi in a joint raid by the CIA and the Pakistani military’s intelligence service on 8 February.

The arrest made international headlines throughout the day on Tuesday.

But Pakistani newspapers and television channels barely covered the news, with some completely ignoring it.

Analysts say the blackout was because Pakistan’s government and the army are wary of being seen as an American poodle.

Most newspapers on Wednesday morning relegated the story either to the lower half of their front page, or to the back page.

And all confined themselves to excerpts from the New York Times report – which broke the story on Tuesday – and the curt reactions of US and Pakistani officials.

The only exception was the Dawn newspaper which carried a detailed follow-up of the story, explaining when and where Mullah Baradar was captured – information that the New York Times report did not include.

The electronic media, which has greater outreach in a country like Pakistan with its low literacy rate, totally ignored the news except in their early morning bulletins which broadcast the news quoting the New York Times report.

There was a complete blackout of the story in all the top-of-the-hour bulletins after midday on Tuesday.

This has surprised many in Pakistan, given that a vibrant private-sector electronic media has lately shown itself to be aggressively competitive in digging up important news and follow-up stories.

Because Tuesday was otherwise a slow day for news, journalists cannot argue that they did not have enough time to examine the implications of the arrest.

Many believe that their muted response is indicative of the extent to which the Pakistani security establishment can influence the media.

The Inter Services Intelligence (ISI), which helped the CIA arrest Mullah Baradar, is widely understood to be well outside the control of the government and is more directly linked with the military.

Analysts say the story was downplayed because it would have raised uncomfortable questions over the military’s collaboration with the US, especially at a time when the army had not yet confirmed the arrest and had not formulated its public response.

Any collaboration with the US in its “war on terror” in Afghanistan has become increasingly unpopular since an elected government took power in 2008.

Some of the criticism has emanated from the military itself.

Observers feel that there would have a been an uproar in the media had the arrest taken place with the approval of the political establishment.