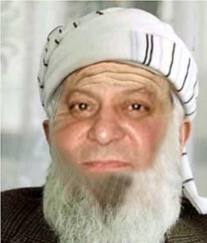 This morning I woke up to find the news of masked men entering a school in Rawalpindi and thrashing students and teachers for dressing inappropriately. The absence of the news from electronic media evidences the lack of freedom and an apparent ideological bias that plagues the Pakistani media. With such direct and indirect pressure one must salute Express Tribune and The Nation for reporting the incident.

The details of the incident are as follows:

RAWALPINDI: In a first for the garrison city, sixty masked men carrying iron rods barged into a girls’ school in Rawalpindi and thrashed students and female teachers on Friday.

The gang of miscreants also warned the inmates at the MC Model Girls High School in Satellite Town to “dress modestly and wear hijabs” or face the music, eyewitnesses said.

Fear gripped the area following the attack and only 25 of the 400 students studying in the college were present on Saturday. The school employs 30 female teachers.

Attendance in other educational institutions also remained low. After hearing about the attack, all schools in the city shut down, an official of the Rawalpindi District Administration (RDA) told The Express Tribune.

A student of the girls’ school managed to inform the administration of the nearby boys’ high school of the attack. “[However,] the armed gang was so powerful that we could not rescue our teachers and colleagues over there,” Noail Javed, a grade 10 student, said.

In-charge of MC High Schools in Rawalpindi issued a notification to the heads of all girls’ schools to take pre-emptive measures to avoid such incidents in future. According to the notification, a gang comprising 60 to 70 miscreants entered into the school from a gate that was “strangely open”.

All the MC school heads were assigned the responsibility of protecting the students by the notification. A school headmistress wishing not to be named said, “How is it possible for us to protect the students from such elements. The city administration should review its security plan.”

The notification also suggested that the heads should not inform the students about the situation, so that they are not alarmed into skipping school. “Police is investigating the matter,” the notification said. Following the notification, the heads of the schools also shared the numbers of relevant police stations with the teachers in case of any untoward situation in future.

Asjad Ali, a student of class 9 at the nearby boys’ high school, said that his younger brother Awais, a student of grade 5, was also among those who were brutally beaten by the miscreants with iron rods. “The police did not come,” he said.

A police official of the New Town Police Station, asking for anonymity, told The Express Tribune, “We were under strict instructions to do nothing.”

The incident of harassment of women is neither one-off nor isolated, more and more women and minorities are suffering under the PML-N rule and the incident comes one day after 10 Ahmedi students and a teacher were expelled from a government school for being an Ahmedi. Needless to say the news found no takers: 10 students, teacher forced out of schools because of their faith.

At least 10 students, including seven girls, and a female teacher were expelled from Chenab Public School and Muslim Public School, Dharanwali area of Hafizabad, for being Ahmadis.

“It is extremely unfortunate that my daughters are being deprived of the most basic and fundamental human right such as education … all because of religious intolerance,” Khalil Ahmad, whose three daughters were expelled, told The Express Tribune. “I have no alternative to ensure that their education continues,” he added.

What about the constitutional provisions which ensure equal rights for all? What about the rule of law that says no discrimination can be made on the basis of faith, race, cast and creed, he questions.

“I’ve never seen Christians and students belonging to other religions ever having to deal with such restrictions,” the distraught father says.

“I personally opposed the expulsion on the basis of faith,” Muslim Public School Principal Yasir Abbas responds when contacted by The Express Tribune.

“This is not my decision … the entire village unanimously pressed me to expel all Ahmadis from the school, or else they would forcibly shut the school down,” he added.

A public meeting held in Dharanwali recently was spreading hatred against Ahmadis, Jamaat Ahmadiyya Pakistan spokesperson Saleemuddin says, adding that expulsion came in the aftermath of the intolerance that some religious preachers were bent on evoking amongst locals in the area.

“They went so far as to say that they would never allow for an Ahmadi to be buried in their graveyard, let alone allow an Ahmadi to study in a school with their children,” Saleemuddin alleges.

Soon after the hate speech, ten Ahmadi students and a teacher were expelled from local schools.

The Punjab government’s initiative allowing people to register for schools online makes it mandatory for one to disclose their religion – whether they are Muslim or Non-Muslim. “This was never the case previously. It’s very simply a calculated move to subject the Ahmadiyya community to discrimination and deprive them of their right to education,” Saleemuddin says.

Ahmadis never refer to themselves as “Non-Muslim”, but that doesn’t keep them from being kept away from educational institutions. Similarly, for the first time ever, they’ve introduced this system where religion is displayed on the Roll Number slips. “It’s like they’re making a conscious effort to mentally torture us,” he says.

Lest we forget, not long ago a number of Ahmedi students were expelled from a medical college in Punjab only to be reinstated on international pressure. The persecution of minorities or assaulting women is increasingly becoming an underlying policy of PML-N. The terrorist Ludhianvi released by a court that shares the ideology in question is doing round all over Punjab declaring a war against Shias under official patronage.

Over past three years from Gojra to Raiwand and onwards a number of churches have been demolished while more recently a Gurduwara was appropriated and converted into a mosque.  This was only supplemented by a barbaric implementation of Ehtraam e Ramzan Ordinance this Ramzan, with dozens of arrests made on a daily basis.  The curator assaulted for wearing sleeveless and spreading fahashi was indeed the cherry on top!

Click here to post a comment
Headline says it all: Khawaja Sharif to defend Mumtaz Qadri at IHC
Hamid Mir, Shia Hazaras do NOT need your crocodile tears! – by Laibaah