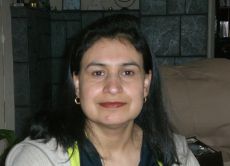 Afghanistan and India have signed a wide-ranging strategic partnership agreement during the recent visit of Afghanistan’s President Hamid Karzai to India. The agreement expands trade relations between the two countries, affirms Afghanistan’s support for India’s bid for a permanent seat in the UN Security Council and, most importantly, “India agrees to assist, as mutually determined, in the training, equipping and capacity building programmes for Afghan National Security Forces” so as to help prepare the armed forces for security responsibilities in Afghanistan following the withdrawal of US forces from the country in 2014. 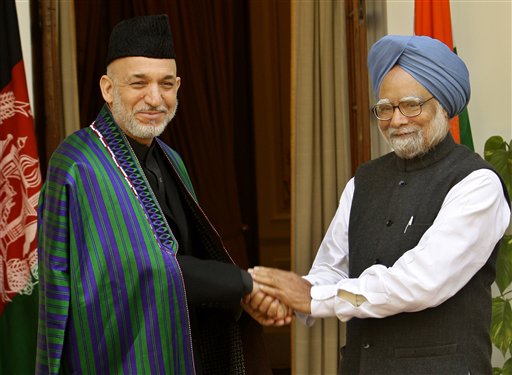 This agreement implies that the nightmare apprehensions of Pakistan’s security establishment about Afghanistan have been realised. The agreement undermines the establishment’s policy of ‘strategic depth’, a policy to ensure, by violence if necessary, a pro-Pakistan government in Afghanistan to offset Indian influence in the country. Fear of encirclement by India, regarded as an existential rival by the security establishment of Pakistan, has motivated the latter to suppress Pakhtun nationalism on both sides of the Durand Line since the creation of the Pakistani state, create and nurture armed Islamist proxy groups — the mujahideen in the 1980s and Taliban in the 1990s — and play a double role of ally and enemy in the US-led war on terror since 2001. The agreement came in the context of tense US-Pakistan relations over the issue of the Haqqani Taliban and amid Afghanistan’s accusations of Pakistan’s involvement in the assassination of Burhanuddin Rabbani, the peace envoy of Afghanistan. No one in the world seems to be sympathetic to the view that Pakistan too has legitimate interests in Afghanistan that might be undermined by growing Indian influence in that country. This is the ‘reward’ of the strategic depth policy devised and followed by generals with a tunnel vision.

Islamabad could have wielded greater influence in Kabul than Delhi if it had adopted a people-centred approach with focus on human development and trade, coupled with respect for Afghanistan’s sovereign right to have an independent foreign policy. Pakistan’s extensive physical border with Afghanistan, Kabul’s dependence on Islamabad for access to the Arabian Sea and, above all, Pakistan’s large Pakhtun population, if integrated with the Pakistani state though the rule of law, human development and democratic participation in state affairs, would have provided stable leverage to Pakistan over India in terms of influence in Afghanistan. Instead, Pakistan adopted proxy militant groups waging jihad in Afghanistan and broke down the Pakhtun culture through systemic Arabisation of society to hide the generals’ ambitions in Afghanistan with engineered Pakhtun support.

This violence has devastated not only Afghanistan but Pakistan too, especially FATA and Khyber Pakhtunkhwa. Today, Pakistan stands at a point where, despite all death and destruction to prevent India from gaining a foothold in Afghanistan, Delhi and Kabul stand united and it is Pakistan that appears isolated in the region and the wider world as a state nurturing terrorism. Moreover, Pakistan is hated by Afghans, Pakhtun and non-Pakhtun alike, and the Pakistani state stands discredited in the eyes of its own citizens suffering in terror, especially in FATA, Khyber Pakhtunkhwa and Balochistan.

The APC resolution already suggested talks with the Taliban ‘to give peace a chance’. The suggestion will now be put into practice with full force. This implies that there will be no fundamental shift in the foreign policy or national interests as perceived by the security establishment. Pakistan will take no action against the terror groups on its soil to prevent them from attacks inside Afghanistan. Like in the past, there will be agreements with the al Qaeda-led Taliban disguised as ‘agreements with the tribes’ to entrench al Qaeda and Taliban control over FATA even further. The security establishment will intensify its tactics to divide and rule the ‘bad’ Taliban so as to exert control over them with the aim of ensuring their jihadi energies are directed towards Afghanistan. The Haqqani network, which has been involved in high profile attacks on Indians in Afghanistan in the past, will continue to do so. The abuse of FATA as a strategic space will increase and the people of the region, already overpowered by Pakistani and foreign Islamist militants, will be subjected to more torture and the militant control in the area. In the Pakistani media, the anti-Pakhtun propaganda that the Pakhtun are synonymous with the Taliban and that the Taliban are Pakhtun nationalists will speed up. Pakistani Taliban attacks will also be given a colour of Pakistani Pakhtun ‘anger’ over Indian involvement in Afghanistan.

Some people in the PPP have expressed the fear that the security establishment of Pakistan wants to roll back the legal reforms recently implemented by the PPP-led government, which accorded some human rights to the people of FATA. They suspect that extremely violent events, well planned in advance, will occur in FATA and will be used as justification to withdraw the reforms.

Intensified jihadi activities will not be limited to FATA and Khyber Pakhtunkhwa but will spread around Pakistan. Pakistan will stand even more isolated and condemned for jihadi connections in the region and the world. The country, already on a collision course with the world, will appear even more so. The question then is: how long will the world tolerate this terrorism-sponsoring? Time will tell.