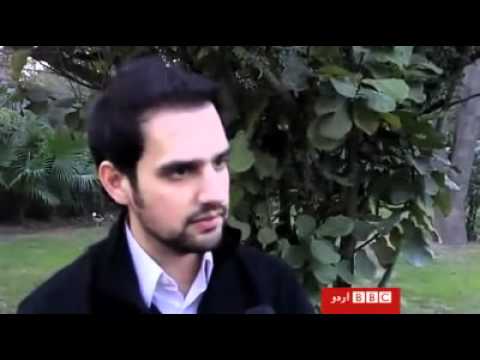 In support of Shahbaz Taseer

Expressing grave concern over the release of Malik Mohammad Ishaq, one of the founding members of the Lashkar-e-Jhangvi (LeJ) an al-Qaeda-linked anti-Shia and anti-US Sunni-Deobandi sectarian-turned-jehadi organisation, the Hong Kong-based Asian Human Rights Commission (AHRC) has accused the Punjab Law Minister [Rana Sanaullah Khan] of conniving with the abductors of Shahbaz Taseer, the son of former Punjab Governor, Salman Taseer, to ensure the release of his assassin – [Malik Mumtaz Qadri who was sentenced to death on October 1, 2011 by an antiterrorism court on the basis of his confession].

Founded in 1986 by a prominent group of jurists and human rights activists in Asia, the Asian Human Rights Commission is an independent, non-governmental organisation, which seeks to promote greater awareness and realization of human rights in the Asian region. The Commission has regretted in a statement which has already been posted on its website (www.humanrights. asia) that “a mass killer – Malik Mohammad Ishaq – has been provided protection by the state while the families of his victims continue to suffer threats”.

“[Mumtaz] Qadri, the killer of Governor of Punjab [Salman Taseer] has been given the status of a hero of Islam who is enjoying every facility of life in custody; facilities which he never had in his ordinary life being a head constable in Punjab police. He has access to his network through mobile phones and is being held in a special ward of the jail and allowed to have visitors who meet him regularly. All of this is contrary according to the prison manuals”, the AHRC statement observed.

The AHRC then regretted that the whereabouts of the son of the assassinated Governor of Punjab, Shahbaz Taseer, who was abducted by militants from Punjab on August 27, 2011, remain unknown. “It is reported that the LeJ is negotiating through the Punjab government for the release of [Malik Mumtaz] Qadri in exchange for Shahbaz Taseer. The negotiations are apparently being carried out under the supervision of the Punjab Law Minister [Rana Sanaullah Khan] who is notorious for having relationships with the banned militant groups. Therefore, all efforts for the release of Shahbaz have been in the interests of the militant organizations”, the AHRC statement added.The Asian Human Rights Commission statement said that the state has totally failed to provide protection to the citizens from the religious militant organisations who are surviving on the mercy of jehadis. “We urge the government of Pakistan to realize that the international community is closely monitoring the situation and is quite capable of seeing the very blatant discrepancies in the treatment of the victims and the perpetrators. We vehemently condemn the protection provided for a mass murderer (Malik Ishaq) while his victims continue to face death threats and religious intolerance. We urge that action must be taken against the LeJ and its members. The Minister of Law of Punjab who is aiding and abetting this organisation must be prosecuted particularly for his connivance with the abductors of Shahbaz Taseer to obtain the release of a murderer. We also urge the government to ensure the safe release of Shahbaz and that suitable compensation and rehabilitation be provided to the victims and the families of the Mastung carnage”.

Approached for comments, Punjab Law Minister Rana Sanaullah Khan strongly refuted the “baseless allegations” levelled against him and the Punjab government by the “socalled” Asian Human Rights Commission, saying they were simply farcical and politically motivated. About the Commission’s claim that the Punjab law minister was conniving with the abductors to pave the way for Mumtaz Qadri’s release in exchange for Shehbaz Taseer, Rana Sanaullah said: “Let me make it clear that no talks are going on with the abductors at any level as far as I know. I reject AHRC’s allegations regarding my connivance with any militant group at any level. The Punjab government would lodge a formal protest with the AHRC for spreading this baseless propaganda. Such unsubstantiated speculations would only hinder the progress being made in the case by the investigators.

To a question, Rana Sanaullah said: “As a matter of fact, Shehbaz Taseer’s abduction case is not being dealt with by the Punjab Police alone. In fact, there is a highlevel Joint Investigating Team (JIT) being led by the Inter Services Intelligence (ISI) which is investigating the case. The Crime Investigation Department of Punjab and the Special Branch of Punjab Police are only assisting the investigators in their efforts to track down the kidnappers”. Asked about the identity of Shehbaz Taseer’s abductors, the law minister said: “I can say positive progress has been made in the case and the investigation is going in the right direction”. Asked if the Lashkar-e-Jhangvi was involved in the kidnapping, Rana Sanaullah said such reports were baseless. Those investigating the case do have a very clear idea about the kidnappers. But I can’t make public any information at this stage due to sensitivity of the matter,” the law minister added.

While slamming the Punjab government for its soft corner towards extremists, the AHRC statement said: “Banned militant religious groups are exciting violence in Punjab with full institutional protection from the ruling party of the province (PML-N). Federal minister for interior had accused the Punjab government that its ministers and officials are closely associated with the LeJ which is why no action has been taken against the group. Ishaq’s September 22 protective detention under the guise of house arrest comes after his organisation, the Lashkar-e- Jhangvi, claimed responsibility for the killings of 29 Shia pilgrims.” The AHRC statement further said: “The LeJ has overtly opened offices in many districts of the Punjab province and collecting funds on the streets by means of collection boxes in shops and restaurants. After the killing of 29 Shia pilgrims from the Hazara tribe in Mastung, the Lashkare- Jhangvi has come out openly and announced to continue its movement against the Shia sect as they are infidel and they should be declared a non- Islamic religious group. One must ask if this is another attempt at appeasement by the government towards the militant religious groups”.

While expressing dismay at the recent release of the Lashkar-e-Jhangvi’s operational chief, Malik Ishaq, the Asia Human Rights Commission said: “Malik was bailed from the Supreme Court of Pakistan [on July 14, 2011] from many cases regarding killings and bombings. Malik remained in detention for 14 years but the [Punjab] government could not provide protection to witnesses [against him]. Also, the prosecution produced very weak cases which ultimately benefited defence. He was thus released on bail by the Supreme Court on the grounds of these weak cases”.

“Malik Ishaq was then detained on September 22 [2011] on the pretext that he was facing death threats and needed protection. His arrest was made under Article 5 of the Maintenance of Public Order (MPO) for ten days. The house detention generally does not fall under the term of punishment in the country as during that period the detainee has access to communications via cell phones, internet and the electronic media. Immediately after his release on bail he visited many places and roused the people on sectarian issues. At the same time, he (Malik Ishaq) organized his group, the LeJ, which is supposedly banned by the government”, the AHRC statement added.

However, a senior official of the Punjab Home Department [who requested anonymity] refuted the AHRC statement as a pack of lies, adding that Ishaq has not been sent to jail because he was facing death threats and needed protection. In fact, the official said, he has been detained for a period of one month to preempt sectarian strife in the province. He said not only Malik Ishaq, but another LeJ leader Ghulam Rasool Shah has also been confined in his hometown, Bahawalnagar. Therefore, the spokesman said, it is simply ridiculous to accuse the Punjab government of having a soft corner towards extremists.