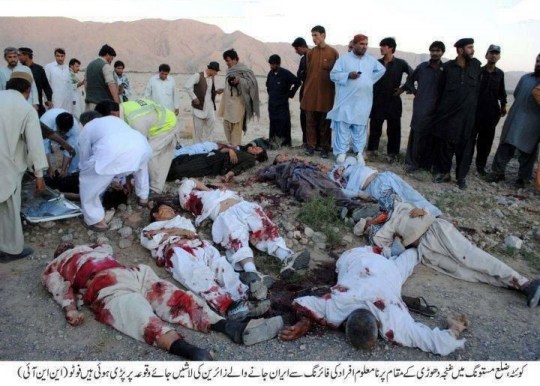 Special thanks to Dawn News team, particularly to host Sofia Jamal for covering the silent massacres of Shia Hazaras of Quetta, massacres which are often ignored or misrepresented by Pakistan’s mainstream media and human rights organizations.  After another Hazara Shia muslim massacre today, this documentary is one of the few things that have been undertaken to highlight the plight of the Hazaras.

Shia muslims in Pakistan who constitute between 15-20% of the population should realize that the very human rights organizations that are there to highlight their plight have failed them utterly.  The insensitive HRCP dishonestly reports the ongoing genocide of Shia Hazaras as “routine sectarian violence”.   By these false representations and vague statements, these “human rights” organizations are serving as enablers of the Lashkar-e-Jhangvi! Here is a conversation on social media by Pakistani Shia activists confronting “human rights” activists on their lies and obfuscation on this burning issue:

Comprises scenes from gravyards and interviews with families of Hazara Shias killed by jihadi /sectarian proxies of the Deep State.  How much longer will it take Pakistan’s human rights champions to do a report on this?

Thanks to the deliberate misinformation of Pakistan’s ISPR-dominated media and Taliban-apologist politicians like Imran Khan, the systematic killing, or genocide as it is known to the rest of the world, of the Hazara Shias has been largely ignored.  No dharnas for them and no upper-middle class outrage at these atrocities – quite unlike the drone attacks that have killed Taliban, Al Qaeeda leaders and other trans-national Jihadist mercenaries  in Pakistan.

The outrage of Pakistan’s urban elite is reserved for convicted felons like Aafia Siddique but not for the sons and daughters of Balochistan who are being massacred on a daily basis by the FC and other ISI-Judiciary supported groups like Lashkar-e-Jhangvi.

Last month, Ejaz Haider, one of ISPR’s most important civilian mouthpiece, wrote a deeply distorted and insensitive report on the massacres of Hazara Shia muslims, the jist of which was a typically dishonest presentation of the Hazaras and LeJ as being involved in an equal conflict and where the Hazaras were essentially portrayed as fifth columnists for eating an Iranian cake!  After being deconstructed on this blog and by Dr. Taqi, it was hugely disappointed to see prominent human rights and peace activists trying to defend Ejaz Haider and deflect or minimize the justifiable criticism against him!

Instead of highlighting these atrocities, some activists wish that there should be no criticism of the likes of Ejaz Haider; not on the basis of moral and ethical principles but because this would damage their tribe of the “endangered liberals”  “Liberal unity” (over honesty) is their motto and we want none of it!

Until the project of Strategic Depth (or Strategic Death as correctly stated by Shaheed Benazir Bhutto) is not shelved and the supremacy of elected civilian governments is not consistently undermined by the establishment,  Judiciary, media and special interest groups, Pakistan’s Hazara Shias in particular and the Balochis, Christains, Ahmadi, Shias, Hindus, Sikhs, Brehlvis, moderate/anti-Taliban Deobandis will remain in grave danger.

Watch and weep and distribute widely. 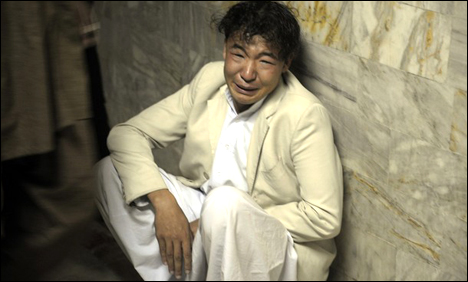