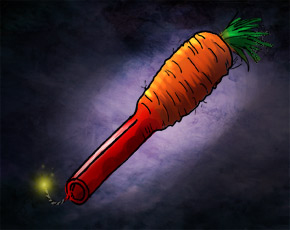 Are ‘soft’ Islamic evangelical organisations playing an unwitting role in the radicalisation of urban youth?

After the end of the Cold War and the collapse of the Soviet Union (1991), the Pakistani society was flushed with the idea (duly propagated by the military-establishment) that it were the Pakistan-backed anti-Soviet Afghan mujahideen who were solely responsible for breaking the Soviet Union, and that consequently, jihadist Islam was set to trigger a number of Islamic revolutions in various Muslim countries.

Of course, no-one was talking about the billions of dollars worth of aid and weapons that had come in from the United States and Saudi Arabia for the mujahideen groups anymore, and the fact that in the end it was the Soviet Union that defeated itself by retaining an outdated and stagnant economic and political system that eventually collapsed after failing to financially and politically sustain the Soviet Union’s occupation of Afghanistan (1979-88) and its long-drawn war with mujahideen guerillas.

But the euphoria of the Soviet defeat in Afghanistan was short-lived. Pakistan’s military dictator, General Ziaul Haq, who had presided over the ‘Afghan jihad,’ was assassinated in August 1988 and his death paved the way for the election of a liberal party, the Pakistan Peoples Party (PPP).

However, the arrival of liberal democracy did not mean the end of the era of jihad and ‘Islamisation’ that the Zia regime had proliferated. On the contrary, Zia’s rigorous Islamisation polices and the artificial euphoria ofmujahideen victory superimposed on the collective psyche of the society spilled over more forcefully after his assassination.

Interestingly, the end of the Afghan civil war and the retreat of the United States’ economic and military interest in the area also saw Pakistan reeling from political confusion and economic downturns.

As the Pakistani military establishment (now playing a backstage role) instigated the rise and fall of one democratic government after another, the country went spinning further down the spiral of economic, political and social instability.

Democratic parties were left fighting their little battles of survival against one another and against some rather obvious political intrigues of the non-elected civil-military establishment.

The people were left at the mercy of those forces that made the best of the confusion that had gripped Pakistan after the end of the ‘Afghan jihad.’

A number of Islamist outfits had already made in-roads in the politics and sociology of Pakistan by riding on the 1980’s Islamisation process.

But as most of them were highly militant and eventually got themselves ‘strategically’ linked with certain sections of the radicalised military institutions, it were the evangelical movements that managed to reap the most success within the country’s chaotic and uncertain social and cultural milieu.

The largest of them was also the oldest. The ranks of the Tableeghi Jamat (TJ), a highly ritualistic Deobandi Islamic evangelical movement, swelled. But since the TJ was more a collection of working-class and petty-bourgeoisie cohorts and fellow travelers, newer evangelical outfits emerged with the idea of almost exclusively catering to the growing ‘born again’ trend being witnessed in the county’s middle and upper-middle classes in the 1990s.

All three also benefited by another unprecedented trend that began emerging within the urban middle-class youth of Pakistan: Never before did young Pakistanis exhibit so much interest in religion and religiosity as did the generations that grew up in much of the 1990s and almost all of the 2000s.

This show of religiosity also infiltrated the showbiz and sporting representatives of the re-converting youth. As many of Pakistan’s once flamboyant cricketers began joining the TJ, in the late 1990s Arrahman Araheem (AA) became an attraction for a number of pop starts and TV personalities (actors, models, etc.).

Naik, Hashmi and Chaudhry were all constructing feel-good narratives and apologias for the educated urbanites so that these urbanites could feel at home with religious ritualism, myth, attire and rhetoric while at the same time continuing to enjoy the fruits of amoral modern economic materialism and frequent interaction with (Western and Indian) cultures that were otherwise described as being ‘anti-Islam.’

Of course, the whole question of such narratives smacking of contradiction went out the window as young middle-class Pakistanis admiringly saw pop stars like Junaid Jamshed (who joined TJ) and Najam Shiraz (AA) ‘rediscovering God’ – but not without the things that kept them materially satisfied (corporate contracts, modern fashion businesses, music products, etc).

In this respect especially the AA became a magnet for the ‘trendies.’ Following Najam into the AA fold were TV actors like Farhan Ali Agha and former supermodel, Atiya Khan.

Junoon’s vocalist, Ali Azmat, could also be found attending AA lectures, but he held himself back from joining it, only to ultimately plunge head-on into the lap of Zaid Hamid’s ultra-rightist Takmeel-e-Pakistan Movement almost a decade later.

Between 1997 and 2002, AA gave the impression of being a growing youth movement. Compared to the outfits being led by Naik, Hashmi and the Tableeghis, AA was also the most ‘liberal.’

But, of course, as happens in any ‘moderate’ religious discourse, if one is drawn and attracted towards having a re-look at religion with the help of modernity-friendly approach, that person is always likely to ultimately reach a point where his/her new-found liking of religious ideas and ritualism are bound to begin clashing with the ideas and ways of modern-day lifestyles.

Some bail out at this point, some continue to ignore such contradictions (sometimes to the point of developing a neurosis), while some have also been known to graduate towards becoming religiously extreme.

That’s what happened to a lot of young men and women in TJ, Al-Huda, AA and in Naik’s organisation. Many of the young Pakistanis who had joined these in the late 1990s and early 2000s, began to bail out some years later, while others self-stunned their religious evolution, stopping at that precise moment when contradictions between religious dogma and amoral modernity begin to become starker and harder to ignore.

Though all of these organisations are still around, most of them are now catering more to young Pakistanis living in the West.

AA and organisations being led by Naik (an Indian) and Hashmi are now concentrating more on bagging recruits from within South Asian youth living or studying in Western countries, whereas TJ has gone looking for the more ‘modern’ types on the campuses of private universities and colleges in Pakistan – an area where one can now also come across sympathisers and recruiters of the more extreme outfits like Hizbut Tharir (HuT).

Apart from HuT’s and may be even TJ’s, AA, Naik and Hashmi’s influence seems to be receding in the alarming wake of the rising trend of religious radicalism sweeping across the country’s urban middle-class youth from 2004 onwards.

The question is, whether the ‘soft’ ways of Islamic organisations like the ones mentioned above have actually ended up playing an unwitting role in the growth of this radicalism by dangling a harmless carrot in front of a generation that has gone on to demand that this carrot now be morphed into becoming a stick of dynamite?

The jury’s still out and the verdict is more likely to be rather damning.

Nadeem F. Paracha is a cultural critic and senior columnist for Dawn Newspaper and Dawn.com.