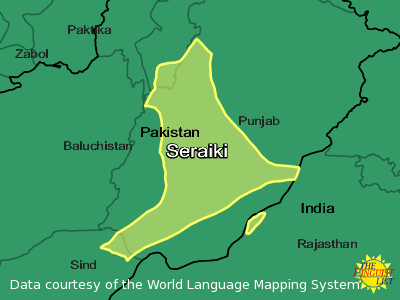 OF all the claims for the creation of new provinces, that of the Seraiki demand has the most potentially constructive consequences for state, democracy and federalism in Pakistan.

If and when a Seraiki province is carved out of Punjab and Khyber Pakhtunkhwa as we know it, a historic move would have been taken towards rationalising the state`s internal boundaries vis-Ã -vis existing ethno-linguistic divisions.

Taking this step is essential if we are to establish a viable federal political system in what is a pluralistic society — indeed, there is now more or less a global consensus that multiethnic societies cannot prosper without the recognition of differences and political accommodation.

There is an unmistakable and influential constituency that opposes the demand for a Seraiki province. Recently, PPP stalwart Senator Raza Rabbani warned his party leadership against the creation of any new province in haste.

Mr Rabbani has advised that the issue be put on the backburner for the time being, arguing that the creation of new provinces will threaten political stability and undermine national integration given the immediate challenges of terrorism, extremism and regionalism.

What he neglected to mention is the fact that enhanced provincial autonomy as envisaged under the 18th Amendment is bound to accelerate group competition given the multiethnic constitution of the existing provinces.

Perhaps more important is the fact that the forces of religious extremism and regionalism tend to be strengthened when distinct cultural and political communities are not given due recognition and made a party to power-sharing arrangements in pluralistic societies.

India`s experience is instructive in this regard. Immediately after Independence, the Congress leadership — and Jawaharlal Nehru in particular — was suspicious of demands for the demarcation of new provinces on a linguistic basis.

Nehru was of the view that the creation of linguistically based states/provinces would increase political fragmentation and encourage separatism, thereby putting the unity of India in danger. In the event, he was compelled to comply with the demand for the creation of the state of Andhra Pradesh after mass protests and riots.

In later years, India`s political leadership accepted that democratic accommodation of ethno-linguistic claims and regional aspirations were rather helpful in withstanding the pull of extreme heterogeneity.

Moreover, democracy was deepened because of the establishment of an interlocking federal structure of power. There were three phases of state reorganisation/federal remapping in India in the mid 1950s, the early 1970s and the late 1990s.

Even today, there are a number of popular regional movements which continue to struggle and lobby for the status of a separate state.

The Seraiki identity movement has its own specific character, claim and candidature. It is unfair and disingenuous to conflate it with other demands for separate political units.

Since its formal genesis in the 1960s, the Seraiki movement has remained completely federalist and non-violent in character. Its concern has been with establishing a civic group identity, namely a sense of political belonging to a particular community/place, while at the same time imagining and feeling itself to be part of a larger polity.

For the last four decades, Seraiki activists have focused on cultivating civic virtues through a wide range of non-violent actions.

Emphasis has been put on cultural communions, the establishment of literary and professional associations, holding conferences and seminars and the publication of books and magazines in the Seraiki language.

The movement has been successful in achieving its objectives insofar as Seraikis have always opted to vote for majoritarian federal parties rather than preferring exclusivist ethno-nationalism in national elections.

However, as scholars of ethnicity and nationalism note, there is always the possibility of a shift from civic identity to ethno-national mobilisation whenever a group/community at the extreme margins perceives itself to be threatened due to misrecognition, economic exclusion or lack of self-rule.

This shift now seems to be taking place in the case of the Seraiki identity movement.

Historically, within Punjab, the Seraiki people perceive themselves to bear the brunt of land-colonisation policies especially in a post-colonial era due to which large populations of settlers were exported to Seraiki regions.

Unlike the migrant communities of central Punjab, the Seraikis are intimately attached to their language, traditions and local institutions.

This love of language in particular is evident from the fact that the Seraiki language planning and development has taken place within society on the initiatives of individuals and collectives, without official recognition.

There is already considerable ethno-national mobilisation in Pakistan. What is happening in Karachi and Balochistan illustrates the growing ethnic cleavages in the country and the failure of the Pakistani state to redress this problem through inclusive policies. n

The Seraiki people live in the middle region of the Indus valley and they constitute an important indigenous majority. Their persistent misrecognition and exclusion will be in the interest of neither state-building nor the cause of democracy and federalism in Pakistan.

The writer teaches at Quaid-i-Azam University, Islamabad and is editor of the Seraiki journal Sunjjan.