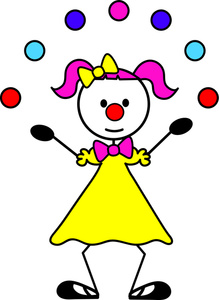 Maleeha Lodhi’s edited volume is one of the few books that Pakistan military’s Inter-Services Public Relations’ head Maj. General Athar Abbas recommends to his visitors. The value of this book for Pakistan’s armed forces and establishment is that it presents Pakistan as ‘beyond a crisis state’. The basic thesis of the volume is that there are many things which are not right about the country but that in itself does not qualify it as a failed or failing state. The seventeen contributors have come together in this volume to present the generally unsung successes of Pakistan or to make it look like a normal state, like any other.

Having gone through the book from cover to cover a reader can get a bit lost. There are some chapters which tend to stand alone as Ahmed Rasheed’s on Afghanistan. Broadly, the seventeen chapters can be divided into five discussion themes: (a) presenting an alternative narrative, (b) history of Pakistan’s birth (c) debate on the changing nature of civil- military relations, (d) opinion by Pakistani expatriates on technical issues such as improving governance, economic development, solving problems of energy generation, and improving quality of youth through education, and (e) military-strategic issues such as nuclear security, military strategy, relations with India, and debate on Afghanistan. The book is a great example of an edited volume since it does not burden a reader with a long introduction and conclusion. Moreover, it neatly brings together three kinds of authors: (a) those who have a big name and hence market value such as Ahmed Rasheed, Ayesha Jalal, Akbar S. Ahmed, Ishrat Husain and Mohsin Hamid, (b) writers with technical expertise or a bent of mind which is sympathetic to the military establishment like Muneer Akram, Riffat Hussain, Brig. (retd) Feroz Hassan Khan, Shuja Nawaz snd Meekal Ahmed, and (c) young writers who are meant to bring a fresh perspective, for instance, Moeed Yusuf and Ziad Haider. The book is wanting in terms of a solid debate on youth, women, and relations with the US, India and the Muslim world. The chapter on youth and education by Moeed Yusuf or Riffat Hussain’s contribution on analysing a couple of decades of India-Pakistan peace initiatives does not fulfill the purpose.