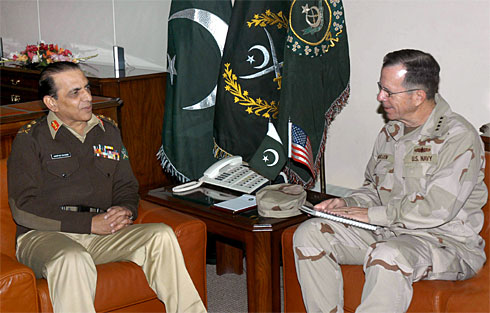 The gods of fate have a wicked sense of humor. When they want to destroy someone, they make their dreams come true but then soon turn them into nightmares. So they did to the odd couple, the American and Pakistani establishments, who were proud victors of the first Afghan war.

The ex-USSR withdrew from Afghanistan in 1989 and soon thereafter disintegrated. There was little doubt then about the loser, although difference of opinion existed about the real winner. For Americans, capitalism won against communism. For the “Mujahideen” and Pakistan’s establishment, Jihad and divine help caused its collapse. In reality, the Soviet demise was due to its own stagnant economic system, which had started exhibiting signs of terminal disease since the 1970s. The Afghan war was merely the last straw that broke the camel’s back. This is an important lesson to note for the Jihadists who harbor visions of a similar victory over India. This is a dangerous illusion as the USSR in 1989 and India in 2011 are different creatures. The USSR was a decaying economic power with little emotional investment in the Afghan war. India is an ascendant economic power with heavy emotional investment in the Kashmir case. These subtleties may be lost on avid believers in the infinite elasticity of the results possible from religious fervor alone.

However, the more interesting aspect of this story relates to what happened subsequently to the immediate victors and losers.  Russia, successor state to the USSR, remained mired in economic and political chaos for another ten years. It subsequently turned itself around based on its enormous natural resources and is bracketed together with Brazil, India and China today as one of the four “BRIC” countries that are emerging as future economic superpowers. Thus, the collapse of the empire catalyzed by the Afghan war loss eventually helped Russia get rid of the dead weight of its colonies and emerge as an economic dynamo.

What about the victors? Surely, if even the loser has done so well, the victors must be doing even better! They actually did, but unfortunately only for a few years, precisely the years that Russia was languishing. The marriage of convenience ended as the odd couple drifted apart and went their merry ways. America went on to become the world’s sole superpower and essentially forgot Afghanistan. Flushed in its victory, it embarked on ten years of remarkable economic expansion financed by heavy public and private debt. It also launched several limited military expeditions globally, successfully in Kosovo and Bosnia but less successfully in Somalia from where it beat hasty and timely retreat. Somalia was unfortunately just an ad of what was to come in the new century for the US from ill-conceived military expeditions. Pakistan’s achievements were more modest but still exciting for the worldly masters of its fate. Its establishment did not forget Afghanistan and actually helped establish a supposedly pliant government there to achieve “strategic depth”. Spurred by the obvious dividends paid by the Afghan “Jihad”, it turned its attention eastwards to apply the same tactics that had worked so well on its western borders and got engaged in the Kashmir turmoil that had started in 1989 as a locally inspired struggle against serious Indian atrocities.

However, around when Russia was pulling itself up by its bootstraps out of the abyss, luck started running out for the title-holders of the Pyrrhic Afghan victory. Even the most creative writers of Bollywood movies or Greek tragedies would struggle to conjure up such ironic coincidences and fates. While glimpses were on display earlier in the form of the Africa embassies, Twin towers and USS Cole terror attacks, the real proportions of the horrific Frankenstein that the victors had unwittingly procreated, and then allowed to grow by inattention and indirect support, became apparent only on 9/11. Thus, on September 2001, after ten long years of estrangement, the odd couple found itself sitting awkwardly and embarrassingly across the table to discuss how to clean up the mess, much like a divorced couple brought together by the mess caused by a problem child acting-out as a consequence of being ignored for long by its parents.

Fast-forward ten years to September 2011 and the “victors” are still stuck clueless in the Afghan quagmire. America’s uni-polar moment is a distant dream as it confronts the costs of its economic and military excesses since 1990. Pakistan’s fate is worse. Ravaged by terrorism, it struggles to extricate itself from a bottomless pit. Some winners, indeed! Its politicians have caused much damage to Pakistan through corruption and inefficiency. However, this harm pales into insignificance in comparison with the incalculable harm caused by the mindless adventures of its jaunty generals. The real intelligence failure of Pakistan’ establishment reflected by the Abbottabad fiasco is not in the spying sense of the word in not detecting Osama or the American attack. It is in the IQ sense of the word in following senseless policies over 20 years which have ravaged Pakistan’s ordinary people. The same is true for America. As it collapsed under its own weight, the USSR would have left Afghanistan in any case without the liberation war and the subsequent horrors that it spawns till today, as it left the other five Stans peacefully. Saddam too may have gone more easily, as shown by the Arab spring.

Unfortunately, there are other losers too in this drama who deserve full sympathies—the Afghans whose country has been destroyed by their own elites and outsiders. Redemption may come for Pakistani and American rulers if they plan a solution which benefits the Afghans rather than them. These lessons also apply to other budding superpowers, notably China and India, who may be tempted to use Afghanistan for their own designs. Beware both, for the gods of fate have a wicked sense of humor, indeed.

The writer works as a Research Associate on political economy issues at the University of California, Berkeley. murtazaniaz@yahoo.com.