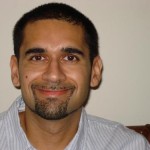 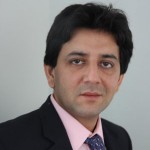 Resources on Shia genocide in Pakistan

SOS from Hazara Shias of Quetta

SOS from Toori Shias of Parachinar

SOS from Saraiki Shias of D.I.Khan

It is my earnest request and hope that Mr. Qadri, Mr. Hasan and other respectable officials of HRW and Amnesty will patiently and sympathetically read this post and provide an answer to the following five questions to the satisfaction of not only Pakistani Shias but also of all human rights and peace loving Pakistanis.

1. With respect, I wish to request these two gentlemen and their respective organizations to kindly clarify their position on the systematic, institutional and ongoing mass murder of Shia Muslims in Pakistan.

2. Definitional issues: Can the systematic, institutional and on going mass murder of Shia Muslims in Pakistan by the TTP, SSP-LeJ, JeM and other militants (some of which are known jihadi proxies of Pakistan’s military establishment) be categorized as genocide? Under which definition or criteria, it may or may not be classified as genocide? What is the appropriate term to describe the ongoing mass murder (if not genocide) of Shia Muslims in Pakistan?

3. Apart from the definitional issues, when was the last time HRW and Amnesty published detailed data on Shia genocide in Pakistan e.g., in Parachinar, Dera Ismail Khan, Quetta etc?

4. What is stopping HRW and Amnesty to record and publish current data on Shia genocide in Pakistan? On what basis do these organisations set their priorities?

5. Can we expect detailed reports by HRW and Amnesty on mass murders of Shias in Parachinar, Quetta, Dera Ismail Khan etc in the near future? Approximately when?

I really hope that an answer by these gentlemen will enhance communication, transparency and an environment of trust between Amnesty/HRW and Pakistani human rights activists.