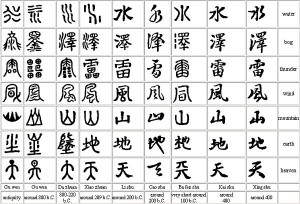 He was born in a Sindhi family and used to speak Sindhi at home until he joined a school and learned that the national language was Urdu. As the medium of communication was Urdu, he had to learn Urdu.

He was also required to learn another language called English as it was the official language and most of the science subjects were in English.

Then there was another language which he was supposed to know because it was a holy language known as Arabic and knowledge of that language was essential to pass Islamiat as a subject and entry into paradise, as all the prayers were conceived and constructed in that language.

During school assembly an anthem was sung which had a different diction. He then came to know that it was Persian. As the only recreation available to him was Hindi films he also tried to learn some Hindi for a better understanding of the storyline.

Burdened with so many languages the end result was that he was deficient in Sindhi, Urdu, English, Arabic, and Persian and Hindi too, until the Chief Minister announced that now he would also have to learn another language called Chinese.

One of reasons put forth by the Sindh government is the growing importance of China in world economy. Since India is also emerging as an economic power Hindi should also be taught. And as Japan is already an economic giant, Sindhi children would greatly benefit from its learning.

Since Islam is fast spreading through the length and breadth of Pakistan, it would be beneficial to have knowledge of other religions also so that we can prove that ours is the best. Hebrew is the language of Old Testament, the first divine book. It would be good if Sindhi children learn it so that they can understand another divine language in its true context. Moreover since most of the Jewish conspiracies are hatched in this language its knowledge is advisable to counter any subversive acts, especially in Sindh province.

The New Testament was written in Greek so how about having Greek too so that Sindhi children can conveniently understand how theirs is superior to others holy book. As a bonus they would also comprehensively understand what Plato said and what was the philosophy of Aristotle.

Fully conversant with English, it is high time that Sindhi children should be taught Hebrew, Greek, Japanese, and Hindi in addition to Chinese, both Cantonese and Mandarin.

As more and more Chinese rush to learn English to better integrate with global knowledge economy, Syed Qaim Ali Shah and his entire cabinet should also learn Chinese so that tomorrow if the government falls, things become difficult and they have to move to China, they can get good jobs in Chinese fast food restaurants.