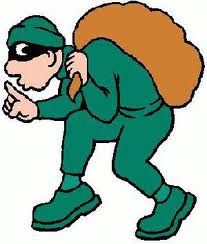 LAHORE: The Pakistan Army on Monday confirmed the arrest of a serving Major in Pakistan Railway’s (PR) copper stealing scam.
PR authorities said a train with copper wire was sent from Khanewal to Lahore where the wire was to be stored at Mughalpura Workshop, however the train, was sent to Kharian where the copper wire worth millions of rupees was stolen.
The army said that Major Ayub was arrested for his alleged involvement in the scam and a complete investigation will be conducted in the case.
Five other people, including a PR officer, were also arrested in the scam.
Earlier, in a similar case, the parliamentary sub committee for PR land had pointed the finger at the Lahore divisional superintendent (DS) and other officers over the theft of copper from a freight coach where in the coach was found abandoned and empty of copper at Kharian a few hours after it was stolen from a station in Lahore.
The federal government had announced an assistance package worth Rs11 billion to rescue the PR, that has come under fire for incurring losses worth billions due to mismanagement and corruption.
Earlier addressing a news conference after presiding over a meeting of PR officials on Saturday, Federal Minister for Railways Ghulam Ahmed Bilour had said that the main cause of the crisis was PR’s diminishing income from its cargo service, as the income from the passenger service was not its main source of revenue.
http://tribune.com.pk/story/250715/pakistan-railways-arrests-major-in-copper-heist-case/