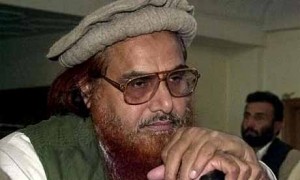 A Pakistani man who trained at Lashkar-e-Taiba’s terror camps has been arrested in the US on charges of producing propaganda for the terror group. The Long War Journal has obtained a copy of the propaganda video, which is published here.

Jubair Ahmad, a Pakistani man who moved to Virginia in 2007, was charged on Sept. 1 and arrested by the FBI for providing material support to a terrorist group. He produced the tape at the behest of the son of the overall leader of the Lashkar-e-Taiba.

Jubair, who was born in Sialkot in Pakistan’s Punjab province, joined the Lashkar-e-Taiba, or LeT, when he was a teenager, according to the FBI affidavit. He admitted to the FBI that he attended three LeT camps.

The first camp attended by Jubair was Dora Suffa, “where he received instruction in religious dogma and proselytizing,” the FBI stated. Afterward, “he attended LeT’s basic training camp known as Dora A’ama, where he received additional religious indoctrination, physical conditioning, and weapons instruction.” According to Jubair, students at Dora A’ama “listen to lectures, offer your prayers, exercise, study guns, fire them.” He also said that “where I got training from they do the commando training there now.” Then, at the third camp, which is known as Dora Khasa, he attended LeT’s “commando course.” An instructor turned him away after one week as he was too young, Jubair claimed.

Jubair and his family were issued visas in October 2006 because “his father was related to a US citizen,” the FBI stated. Jubair entered the US in February 2007 with his father, mother, and two younger brothers. “His current immigration status is Lawful Permanent Resident,” according to the affidavit.

Jubair was in the US for two years before the FBI detected that he was participating in terrorist activities. The FBI began investigating him in 2009 “after receiving information that Jubair may be associated with LeT.”

The FBI said he created and uploaded a Lashkar-e-Taiba propaganda video on Sept. 25, 2010. To create the video, Jubair was in direct contact with Talha Saeed, the son of Lashkar-e-Taiba leader Hafiz Saeed.

The propaganda video included images of Lashkar-e-Taiba leader Hafiz Seed preaching and being arrested by Pakistani police, images of Muslims being killed by Pakistani and Middle Eastern troops, prisoners and their jailers at the Abu Ghraib prison in Iraq, Pakistani weapons systems, and video clips of US armored vehicles being blown up in roadside bomb attacks in Iraq. A “prayer” given by Hafiz Saeed that repeatedly invokes jihad and praises the “mujahideen” is played in the background.

Talha gave Zubair editing instructions and guidance on where he could find images and clips of the items he wanted in the video. Talha was also careful not to have Lashkar-e-Taiba explicitly mentioned, or connected with the November 2008 terror assault in Mumbai.

“Talha asked Jubair to include pictures of Hafiz Saeed when Hafiz was being arrested and placed under house arrest,” the FBI said. “As the conversation continued Talha described types of photos to be used in the video.”

“Jubair asked if he should post the Mumbai one and added they want to show their power… Talha told Jubair not to use anything referencing Mumbai but said Jubair could reference Palestine and operating of Mujahideen in Kashmir.”

In October, Talha instructed Jubair to remove all references to Lashkar-e-Taiba. Jubair uploaded the final version of the video to YouTube on Oct. 16, 2010, the affidavit stated.

Jubair deleted the video from his YouTube account after receiving a visit from the FBI late last month.

Background on the Lashkar-e-Taiba

Hafiz Saeed, the founder of Lashkar-e-Taiba, and several of his top lieutenants have been designated by the US and the UN as a terrorists. They remain free men in Pakistan despite openly supporting jihad in both India and Pakistan, and regardless of LeT’s involvement in the Mumbai attack as well as other terror attacks.

The Lashkar-e-Taiba and Saeed have strong links to al Qaeda and elements within Pakistan’s military and the Inter-Services Intelligence agency, or ISI.

Osama bin Laden and his mentor Abdullah Azzam encouraged Saeed to form Lashkar-e-Taiba in the late 1980s, and helped fund the establishment of the terror outfit. Lashkar-e-Taiba, like al Qaeda, practices the Wahhabi strain of Islam, and receives funding from Saudis and other wealthy individuals throughout the Middle East.

A senior US military intelligence official described the group as “al Qaeda junior,” as it has vast resources and is able to carry out complex attacks throughout its area of operations. “If by some stroke of luck al Qaeda collapsed, LeT (Lashkar-e-Taiba) could step in and essentially take its place,” the official told The Long War Journal in November 2008.

The relationship between al Qaeda and Lashkar-e-Taiba is complex, the official noted. “While Lashkar-e-Taiba is definitely subordinate to al Qaeda in many ways, it runs its own network and has its own command structure. The groups often train in each others’ camps, and fight side by side in Afghanistan.”

Lashkar-e-Taiba has an extensive network in Southern and Southeast Asia, where it seeks to establish a Muslim caliphate. The group essentially runs a state within a state in Pakistan; the group has established an organization that is as effective as Lebanese Hezbollah. Its sprawling Muridke complex, just northwest of Lahore in Punjab province, is a town of its own. Throughout Pakistan and Pakistan-occupied Kashmir, Lashkar-e-Taiba runs numerous hospitals, clinics, schools, mosques, and other services. In support of its activities, LeT is active in fundraising across the Middle East and South Asia, and the group has recruited scores of Westerners to train in its camps.

Pakistan has refused to crack down on homegrown terror groups such as Lashkar-e-Taiba, despite their covert and overt support for al Qaeda, the Taliban, and other terror groups. Inside Pakistan’s military and intelligence services, which are the real powers in Pakistan, groups like the Lashkar-e-Taiba are seen as ‘strategic depth’ against India, and are used as instruments of foreign policy. Pakistani Army corps commanders, who occupy some of the senior-most positions in the military, openly cavort with Saeed.

After the November 2008 terror assault in Mumbai, India, which was carried out by Lashkar-e-Taiba operatives, Pakistan claimed to have shut down Lashkar-e-Taiba/Jamaat-ud-Dawa offices and camps, and detained followers, but the efforts were largely cosmetic. Saeed was formally placed under house arrest, but in reality he was free to do as he pleased. His house arrest was later lifted by a Pakistani court.