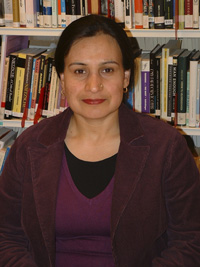 The report is aimed at justifying the establishment’s long-standing Afghan policy, the strategic depth policy that has brought nothing but destruction to the Pakhtun and has created religious bigotry in Pakistan

Recently, the Sherry Rehman-led Jinnah Institute in Pakistan and the US Institute for Peace (USIP) launched a report called ‘Pakistan, the United States and the Endgame in Afghanistan: Perceptions of Pakistan’s Foreign Policy Elite’. The report documents the views of a select group of Pakistani foreign policy ‘elite’ on the so-called Afghanistan endgame/future power structure in Afghanistan. The report has been given a great deal of coverage in the Pakistani media by some of the ‘elite’ who participated in discussions leading to the report.

The report is misleading and marred by selection as well as projection biases. It is prejudiced against the Pakhtun in Pakistan and Afghanistan and reflects the view of a narrow vested interest in Pakistan that has been engaged in the genocide of the Pakhtun for three decades. I will elaborate these issues in my critical analysis of this report to be published in a research journal. In this column, I will only comment on the report’s so-called ‘foreign policy elite’ of Pakistan and the views of this elite.

The overwhelming majority of the elite who participated in discussions and interviews for the report, includes people who are linked with the military establishment of Pakistan and have a track record of producing and promoting outright lies or distorted information about the Pakhtun in the media and research in line with the military establishment’s strategic depth policy in Afghanistan. As a mark of tokenism, the Jinnah Institute included a tribal journalist in the elite without paying any attention to the fact whether or not a tribal journalist could freely express himself with a group of people so closely linked with the same establishment that has imposed death and destruction on his tribal homeland — all those tribal journalists who have dared to expose the state terror in FATA have been killed. A representative of the Pakhtun nationalist ANP has been interviewed, but it seems his views have been thoroughly censored: there is nothing in the report that concurs with the ANP stance about the future set up in Afghanistan, especially in terms of the terror sanctuaries implanted in FATA by the military establishment and their role in the future Afghan set up.

It is thus no wonder that this elite presents the Pakhtun and the Taliban as a synonym and argues for the accommodation in the future Afghan government set up of those fringe elements of the wider Pakhtun society, the Haqqani Taliban and Mullah Omar’s Quetta Shura, all of which are hardly anything more than proxies of the military establishment of Pakistan. Basically, the report is aimed at justifying the establishment’s long-standing Afghan policy, the strategic depth policy that has brought nothing but destruction to the Pakhtun and has created religious bigotry in Pakistan. The elite is using the notion of the ‘not antagonistic to Pakistan’ government in Afghanistan to camouflage the notion of strategic depth in Afghanistan. They are using the name of the Pakhtun nation to camouflage the Taliban terrorists. The report is basically a ‘liberal’ cover-up of an essentially fundamentalist policy of the Pakistani state. Since the elite do not want to repeatedly talk of empowering the Taliban — this is not correct political discourse in the post 9/11 world — so they talk of including the ‘Pakhtun’ in the Afghan power structure. It unmistakably looks as if the elite is implying that the Taliban are representative of the Pakhtun. It is stunning to compare the elite’s insistence of Pakhtun inclusion in the future Afghan power structure — as if they care so much for the political concerns of the Pakhtun population — and their devil may care attitude towards the Pakistani establishment-inflicted state crimes against the tribes in the Af-Pak region in which they suffer every single day.

The elite’s whole notion is misleading. The question therefore is: can there be a Taliban without Talibanisation, especially when they emerge from the conflict as ‘victors’? What about the thousands of Pakhtun killed by the Taliban? Their communities want the Taliban to meet justice and the Pakistani elite is adamant to see them ruling the Pakhtun? The views of the elite also look like an invitation to other countries of this region to provide, just like Pakistan, terror sanctuaries to Afghan militants in order to be taken seriously by the US in the endgame in Afghanistan. Do the elite care that the people in Afghanistan, both Pakhtun and others, might interpret their views as Pakistani hegemony over their country? Could the Pakistani elite become any more bankrupt, morally and intellectually?

There is nothing in the report that the world never knew about already. The only difference is that, before, the elite used to express such anti-Pakhtun, pro- establishment-and-Taliban views separately and now their voices have been assembled in one report. It is unfortunate that the USIP, which is said to have supported the work for the report, might have used the US taxpayers’ money for this report. What is in this report that the US policy makers and think tanks were unaware of? There could have been much better use of this money.

The saddest part of the report is that Sherry Rehman, the liberal face of Pakistan, has undertaken an exercise that provided a ‘liberal mask’ to the essentially anti-people totalitarian policy of strategic depth rooted in religious bigotry and state terrorism. This was unexpected of her given her secular and pro-people democratic track record. This is a win for the security establishment and a setback for the pro-democracy forces in Pakistan.

As far as the Haqqani Taliban and Quetta Shura are concerned, the Americans are welcome to eliminate them with their drone strikes. The Pakhtun will not shed any tears for them.

Click here to post a comment
From Hazarajat to Quetta: A sorry tale of Quiet Genocide of Hazaras – by Maisam Ali
Eid moon madness in Pakistan – by Nadeem F. Paracha