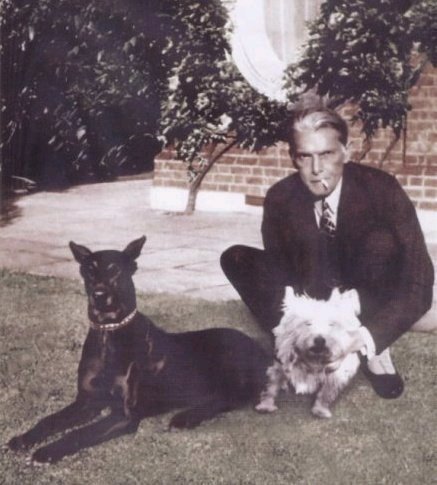 As a firm believer in cultural roots rather than oneness through religion, August gives me hope. Flags adorn the cities and marketplaces fill up with the echoes of milli naghmas (patriotic songs) sung in the 1960s and 70s. The country is engulfed by a sense of patriotic love for the soil. One, however, enjoys the irony of a nation that seeks its origins in the dreams of a poet with many kinds of messages. On the one hand a state is termed anarchist (Changezi) if its politics is separated from the faith (deen). On the other, one sees the warning against patriotic nationalism as a bigger dogma that might become the death of religion — Inn taaza khudaa’on mein barra sab se watan hai; jo perahan iss ka hai woh mazhab ka kafan hai (Country/homeland is the biggest among these new gods; What is its dress is the shroud/death of religion). Notwithstanding these contradictions, patriotic zeal (as against xenophobia) does energise an ordinary Pakistani, pressed under the burden of so many crises of identity, origin and relationship with the outside world.

Jinnah’s Pakistan turns 64 this August, having already enjoyed superannuation of four years from the standard retirement age. Ailing, weak, being on life support, today’s Pakistan is struggling to achieve a sense of national pride, proving to the world that it is indeed a reasonable international actor to reckon with and has a right to survival. What makes the struggle vain is a terribly wrong prescription and even wrong diagnosis. Civil-military relations and lack of democratic values are symptoms, the treatment of which could only slightly improve the quality of life. Retirement of Jinnah’s Pakistan is due. Let the new Pakistan take birth.

Having seen the ruins of a Pakistan dreamt of by Iqbal if it were (I have already written on how this claim has been discredited on these pages two weeks ago), or pursued by Jinnah, or executed by Liaquat Ali Khan and other Leaguers after Jinnah’s death, the ‘liberals’ (using the term in the strictly South Asian sense) of Pakistan have probably found a solution, i.e. constructing a brand-new secular Jinnah who had an exemplary vision of what Pakistan should look like, and who was succeeded by ill-intentioned and shortsighted leaders with loaded agendas. It is, according to the neo-liberal movement of Pakistan, the failure of these post-Jinnah politicians and civil and military leadership that the country has fallen into the abyss of religious intolerance, to euphemise Pakistan’s problem.

My problem with this thesis is not one. It presupposes so many notions without a critical objective examination of history. The most important myth our neo-liberals are creating is, Jinnah was an unquestioned secular person. Two, Jinnah had a clear vision about the future nature of the state of Pakistan. Three, Jinnah had passed on his vision to people or at least other leaders of his Muslim League who had to hold the fort after him (just to remind my readers, he knew what he was suffering from and how long he was going to live). Four, all the leaders of the Muslim League and those who came to power in subsequent years, were either shortsighted or had loaded agendas, save Jinnah. Five, the present chaos is the product of post-independence politics and not the pre-partition power play. And six, by constructing a secular Jinnah, this religious madness can still be countered and cut down.

It is most disappointing that even a liberal mind in Pakistan is ready to rescind the truth when it comes to perceived temporary gains. Deconstruction of all these myths requires many pages on each prescribed myth. I would confine myself, considering the limited space on this page, to the first killer assumption. By very definition, a secular person would be someone who refuses to entertain religion in politics and the business of the state. Yes we have the much trumpeted August 11, 1947 speech by Jinnah made to the first session of the Constituent Assembly of Pakistan as the Governor General-designate. The part frequently referred to as a secular pronouncement did not sound any different from what Maulana Maududi had been saying on minorities. “Granting” freedom to the minorities to go to their temples, etc, was probably a late realisation of the fact that the sanity of a state built on religious grounds could not be guaranteed. Having fought the battle for a separate state for the Muslim minority on the logic that it could not coexist with the majority, Jinnah pleads to the nascent nation to ‘bury the past’ and let the minorities live peacefully. Do we smell the problem here?

The adoption of a song written by a Hindu as the national anthem of Pakistan by Jinnah (later changed to the present more exclusive one) could have been a saving grace if a national flag did not have a separate strip for minorities that ultimately gets pierced with the baton. The ‘separateness’ so celebrated by the national flag quickly got integrated into the social and political discourse, where minorities were ‘equal citizens’ on paper but had to pay jiziya (an additional tax that religious minorities are liable to in an Islamic state) in terms of social space, status and opportunities.

Jinnah’s taste for western apparel, pets and aversion to religious rituals can or cannot be taken as his ‘secular’ credentials depending upon how you want to use Jinnah. But as a matter of fact, all these arguments do not hold much ground keeping in view his many assertions and promises with different political actors before, during and after the 1946 elections. In his book, Pakistan: The Formative Phase 1857-1948, Prof Khalid Bin Sayeed quotes Jinnah assuring some religious leaders who demanded Islamic law in the new state. Jinnah says: “…Constituent Assembly…will be predominantly Muslim…and would be able to enact laws for the Muslims not inconsistence with Shariah Laws and the Muslims will no longer be obliged by un-Islamic laws…” Professor Sayeed goes on to describe how the public rallies looked when Jinnah addressed them: “Islam with its symbols and slogans figured very prominently in all his speeches.”

Addressing a Pathan gathering, Jinnah once said amidst the shouts of Allah-o-Akbar (God is Great), quotes Professor Sayeed, “If we fail to realise our duty today, you will be reduced to the status of Sudras (low caste Hindus) and Islam will be vanquished from India. I shall never allow Muslims to be slaves of Hindus.” His words were taken over by loud shouts of Allah-o-Akbar.

Jinnah’s famous letter to Pir sahib of Manki Sharif, quoted in the Constituent Assembly of Pakistan Debates, Volume 5, 1949, p 46, in which he promised that shariah will be applied to the affairs of the Muslim community, is another recorded evidence of how Jinnah’s politics post-1940 had blurred a predominantly Muslim nation-state and an Islamic state. The amount of secularism in his politics equalled the possibility of pigs flying and Andres Breivik (right-wing extremist and perpetrator of the Norway terrorist attacks) converting to Islam.

It is, thus, advisable for Pakistan’s liberals to stick to the truth, which is the only panacea left for Pakistan. Whether Jinnah endorsed it or not, being a secular state is to Pakistan’s best benefit. What Jinnah said or did not say more than half a century ago is hardly relevant to the solution of Pakistan’s current problems (although they are strongly rooted there). Today’s industrialised India understood it quite well while deciphering Gandhi ji’s emphasis on handlooms rather than modern technology.

Postscript: Insistence on continuing with a wrong date as the birthday of Pakistan, just to make us distinct from India, would only perpetuate the sense of odium between the two nations. Happy 64th birthday Pakistan, which is today, August 15th!