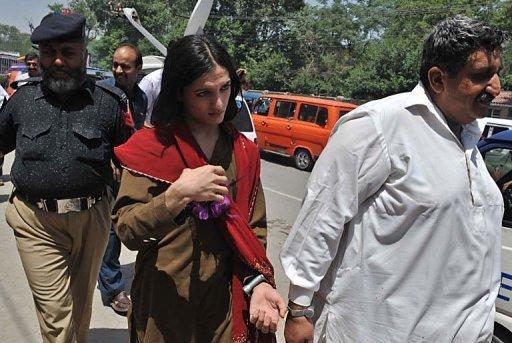 The fact is they exist, and have been existing here throughout our history.

They were the entertainers, the artisans, the lovers, the bodyguards, the warriors, the dancers, the feeble among the crux of the society that never looked at them with recognition. Their public mockery and derogatory instigations have pushed them towards the retrograde in a society that has stalled itself from any development.

Though they have a right to claim share in their societal prevalence, yet, very little is made known to the very society they belong to. In general, people who look down at them, don’t really want to know about them. Their social alienation is not history yet. It is growing with the spread of radicalization of the mindset, pushing their community further towards gross social and legal vulnerability.

Born neither in the distinct category of male or female, eunuchs in South Asia are commonly known as Hijras, now replaced with Khawaja Sira.

They are the victims of serious state neglect. The immense stigmatization of eunuchs in the society has compelled many parents to give up their own flesh and blood , save for a few of them who remain determined to raise their children against all odds and help them stand on their feet, most of them have now made commendable contributions in the fashion and entertainment industry of Pakistan.

But not all are fortunate enough. There is hardly any school that the children of third gender can go to.

Being at the behest of their merciless society, they have no where to turn to sustain themselves financially, leaving them mainly with prostitution, dancing and singing as their major sources of income.

Thanks to the recent HIV/AIDS drive in Pakistan that is making an impact through awareness raising campaigns the eunuch grievances are now being highlighted. But unfortunately one of the main obstacles is the attribution of any talk on their issues with “western” propaganda bit, that has gone contrary to accepting their existence in the very cultures of Pakistan where they have been struggling for recognition of their person.

Though the constitution does not carry any distinct definition for them, technically meaning that they are the equal citizens of Pakistan unless they’re a religious minority. But there are certain clauses in the constitution such as Articles 141, 268, 269, 290, 294, 371 A and 377 which are demeaning to the marginalized or the underprivileged class that’s involved in prostitution, public dancing and singing.

However, a particular Article 269 reads “Whoever unlawfully or negligently does any act which is, and which he knows or has reason to believe to be, likely to spread the infection of any disease dangerous to life, shall be punished with imprisonment of either description for a term which may extend to six months, or with fine, or with both”

This particular clause has shifted the whole blame on the victim himself in the absence of any sex education or appraisal on STDs in Pakistan.

Because the Khawja Sira community lack social recognition, they do not openly participate in the politics. The political manifestoes of the major parties are mainly based on right winged rhetoric, therefore carry no concrete mandate to integrate them into the society.

The only source that can grant them any international donors’ attention is to highlight the issue of HIV/AIDS which is on the rise in this part of the world.

The civil society, however, is becoming active for their rights. Many Gurus, or the head of a khawja sira household, have taken it upon themselves to fight for their cause, yet, intimidation never ends for them. Most of them also feel remorseful about other NGOs that try to make use of their vulnerability and victimization to highlight their credentials, but become oblivious to their misery once they have achieved their goals.

Neeli, a social activist and a eunuch herself from Lahore eloquently says “ They come to seek our support and we give them, but in return, when we need them, they’re never there”

She said of an instance when she called for a protest against police brutality against a community member, but it fell to deaf ears.

“we are severely brutalized , raped on a daily basis, often denied treatment at hospitals and nobody cares”.

Promise of the National Identity Cards:

It was only through a human rights campaign to give them their due recognition led by Advocate Khaki, did the Supreme Court give out the verdict favoring them in December 2009.

The National Identity Cards were to carry the third gender to identify them; a step in the right direction but a slow one at that. This move was to make them enabled citizens who could participate as voters, seek legal reprisals and find work.

However, a discontented aspect of that was to immediately employ them as debt-collectors springing from the idea to shame the defaulters when they start knocking at their doors.

These ID cards were to be issued since January 2011, but up until now, no such commitment had been materialized leaving the Khawja Sira’s in dismay.

The eunuch community have remained persecuted for centuries, however, with the advent of fast paced communication, media exposure, and high tech information, it is impossible to keep their issues out of sight and ignore the brutality and violence they have to bear due to lack of any social protection or legal reprisal for them.

There are the laws that do not help them in the least. There are the politicians and lobbyists that could help them, but have not delivered anything substantial so far. The fact that there are no definite figures of their population, (with figures that vary between 80,000 to 300,000), or that there is no official data available on the number of petitions they have filed in the court against their perpetrators shows the lack of concern for their state that is screaming for some attention.

There are some important voices, like that of Almas Bobby, the president of Pakistan Shemale Foundation who has taken on the issues boldly on the television and on the streets highlighting the police brutality and apathy of the government officials and ministers, however, her pleas are being readily discarded as non-issue. The Khawja Sara community are an integral part of Pakistan and can not be alienated within their own home land.

It is time that Pakistan wake up to their reality and know that citizens of this country are not just divided into male and female, but they have a third gender too that makes them equally deserving of the right to their citizen privileges; the privileges that cannot be guaranteed unless they are issued their ID Cards as promised.