Another bombshell will have to be endured by the national Taliban narrative with ‘Taliban and anti-Taliban’ by Farhat Taj (Cambridge Scholars Publishing 2011), a Research Fellow at Centre for Interdisciplinary Gender Research, University of Oslo, Norway, an MPhil in Gender and Development from the University of Bergen, Norway. The book demolishes some of the basic assumptions about terrorism in Khyber-Pakhtunkhwa and the Federally Administered Tribal Areas (FATA) and challenges several authors on their earlier findings. 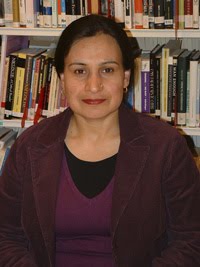 Taj says her book is based on ‘2,000 face-to-face interviews, discussions and seminars with people across FATA and the Khyber-Pakhtunkhwa province for two years’. The interviews have been conducted with ‘tribal leaders, leaders and volunteers of anti-Taliban lashkars, khasadars and officials recently retired from the political administrations in FATA, daily-wagers and jobless people, internally displaced people (IDPs) from FATA – displaced as a result of military operations in the area – and people hosting the IDPs in their houses on humanitarian grounds or tribal and kinship basis’.

The book seeks to establish that:

1) the Afghan Taliban plus Al Qaeda Arabs and Uzbeks and their local supporters were made to become dominant inside Pakistan under a considered policy by Pakistan Army;

2) local leadership opposed to them was allowed to be decimated and political agents were subordinated to the terrorists after the destruction of the local tribal jirga;

3) loyalty to the Taliban was obtained through intimidation allowed by Pakistan;

4) local lashkars willing to fight the terrorists were discouraged and allowed to be destroyed;

5) this was facilitated by ‘peace treaties’ between the Army and the Taliban;

6) there were no FC desertions and FC Pakhtuns felt no ethnic attachment with Taliban;

8) drone attacks by the CIA are popular with the local population;

9) Pakistan’s pro-Taliban policy was a part of the ‘strategic depth’ Pakistan sought against India, aimed at controlling Afghanistan; and

‘Well-armed and battle hardened Al Qaeda terrorists never surrendered their weapons to the tribes in FATA. Instead they have overpowered the tribes and brutally killed those tribesmen who defied them. They entered Waziristan with full support and state consent and all the tribesmen who opposed their entry were killed with state collusion by the militants. Those that were left ran away or were overpowered by the militants covertly backed by the Pakistani state. If today the Pakistani state wants, no militants can ever stay in Waziristan or elsewhere in FATA’ (p.3).

The nexus was old, going back to the days when Gulbuddin Hekmatyar and Ahmad Shah Massoud were trained in Frontier Corps and Special Services Group (p.7) against the Soviet Union, but it is difficult to say if Pakistan ever adequately controlled them or prevented them from controlling some of its own officers.

This arrangement began to be disturbed by the induction of the unmanned drone aircraft deployed by the CIA against the Taliban. The book quotes a 2009 Aryana Institute for Regional Research and advocacy (AIRRA) study that found the population favouring the drones eliminating terrorists who threatened their lives.

The book refers to the Peshawar Declaration (December 2009) signed by ‘political parties, including the ANP, civil society organisations, businessmen, doctors, lawyers, teachers, tribal labourers, and intellectuals of FATA and NWFP, following a grand tribal jirga in Peshawar’. It said: ‘If the people of the war-affected areas are satisfied with any counter-militancy strategy, it is drone attacks that they support the most’ (p.19).

The following year the Khyber-Pakhtunkhwa ruling party, the ANP, went back on the Peshawar Declaration. The book gives the reason in a footnote:

‘There have been life attempts on the top ANP Leader, Asfandyar Wali, and his sister. The only son of the ANP provincial minister, Mian Iftikhar, has been target-killed. Ajmal Khan, a close relative of Asfandyar Wali, has been kidnapped and is still in the custody of the militants. Most probably he would be killed if the ANP openly expressed support of the drone attacks’ (p.30).

Author Taj follows the spoor of one Karim Khan from North Waziristan who appeared on the TV channels swearing that he would sue the CIA in the US for killing his close relatives in a drone attack. Who was this Karim Khan? The book notes:

‘Karim Khan was educated in Islamic Studies at the University of Peshawar in the 1990s. One of his (former) fellow university students describes him as a religious person with close links to the pro-military establishment and pro-Taliban JUIF during his time in the university. Some people in Waziristan describe him as a person very close to the political administration in North Waziristan as well as the ISI operatives’ (p.21).

And the Karim Khan episode followed the November 2010 issuance from a US court summons to the ISI chief Ahmad Shuja Pasha causing the killing of Americans in the coordinated terrorist attacks on Mumbai in 2008 (p.25).

She agrees with Zahid Hussain, author of Scorpion’s Tail, that it was the treaty signed by General Safdar Hussain with Nek Muhammad in 2004 which was responsible for all the jihadi terrorism that Pakistan was now experiencing. It left all the tribal elders at the mercy of militants as the militants were indirectly declared by the military establishment as politically legitimate to override the authority of the tribal leaders (p.37).

What did Nek Muhammad, the Wazir warrior, say at the ceremony which shows General Safdar Hussain, FATA secretary Brigadier Mehmood Shah and Nek Muhammad, in an ecstatic pose on the cover of the book? He said: ‘Pakistan’s authority has become a thing of the past; now the Taliban will rule’ (p.67).

The collusion that followed disenchanted the local population: ‘Tribesmen across FATA had learnt their lesson from Waziristan. They knew what happens when an area (Waziristan in this case) is taken over by the Taliban. One or more fake military operations follow, in which local civilians are killed and the Taliban are given safe passage during, or even before, the onset of the operations. Subsequently, there is a large scale human displacement from the area (p.37).

How were the tribes betrayed? Conversations showing local leaders talking against Taliban were taped: 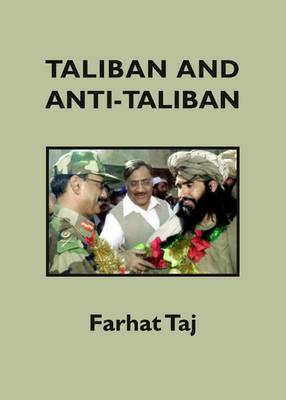 Taj mentions Ayaz Wazir who was our diplomat at Mazar-e-Sharif when the Taliban attacked it in 1998 and is an important commentator on the TV channels. Local people disclosed to her that ‘tribal leaders, including Faridullah Khan, were eliminated at the behest of the ISI. They also opine that Ayaz Wazir would never show the courage to publicly point the finger at the real killers of his own brother; he is too afraid for his own life to do so’ (p.73). Pro-Taliban generals included General Kayani, the current Chief of Army Staff of Pakistan, who imposed the deadly managed chaos on FATA (p.78).

Among the local tribal leaders who stood up to the Taliban was Mirza Alam Yargul Khel, a towering Wazir, who knew within minutes of sharing his views with an official that he would be killed. Knowing that martyrs’ clothes are not changed before burial he went to the undertaker and told him not to change the clothes of his corpse. Within hours he was killed (p.88). He had told Governor NWFP Iftikhar that he would fight the Taliban even as the Governor was scared into silence by the Taliban commander, Javed Karmaz Khel.

Just as one is getting confused over the proof of a Taliban-ISI collusion, one comes across events that show that Pakistan periodically needs to eliminate its own proteges because of lack of obedience. Disobedience is rampant. Wazir Taliban leader Mullah Nazir refused to attack the Uzbeks. Punjabi Taliban – who contained also those looking like ISI officers – were equally vague in their subordination.

Incident: ‘One Wazir interviewee once saw a Punjabi militant, whom he had seen many times in Wana, in full military uniform in Islamabad. The Wazir addressed him: “Are you the Talib from Wana?” The man, who was in a military vehicle, looked at the tribesman and immediately drove away. The tribesman was with a parliamentarian from Waziristan, who snubbed him for being too reckless. He told the tribesman that he must now pray for his life. The tribesman has lived in fear since then’ (p.99).

The fate of lashkars has been hair-raising. The Ali Khels of Orakzai – the biggest tribe there – were forced into taking on the Taliban and were successful in getting the upper hand, but when the Political Agent told them they had been too harsh, they knew what was coming. The Ali Khel jirga was blown up with a suicide-bomber in October 2008, killing 50 Ali Khel tribal elders, and forcing the survivors to become IDPs. Sikhs and the Shia, left behind, now pay ‘jazia’ (p.137).

Farhat Taj is an Afridi from Darra Adam Khel and her field work tends to focus on Orakzai and South Waziristan in the neighbourhood of Darra. Her information has depth because of her outreach. For instance, she is able to say who among the Taliban commanders are given to pederasty (batcha-bazi). Her account of the Adeyzai anti-Taliban lashkar from near Peshawar is touching and brings out the anti-Taliban instinct among the Pakhtun.