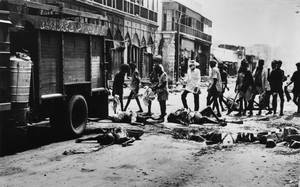 Partition of India and migration has left long term effects, challenges and issues which are mostly overlooked by intelligentsia and opinion makers in both India and Pakistan which in turn has impacted conventional wisdom and formed many misconceptions. Many past and present issues for example Khalistan, Kashmir or Karachi (K seems to be the lucky letter here) cannot be understood rather can easily be misunderstood without a rational and analytical approach towards events around Partition. For many especially those with pre defined agendas, easiest way out is to reach conclusions first and then create theories or myths to suit themselves. Unfortunately it is always easy to fall for emotional and rhetorical outburst. Second choice is to keep on pondering into research which is inviting us to rethink partition and migration; this may help us overcoming many of present biases and have not only a sympathetic but a conciliatory, problem solving attitude. History is not a static process, so as social, political or economical progress. Hardline and fascist attitudes are based on ignorance and especially on distortion of history, and only a rational and open attitude can change path of hatred, disputes and ridiculousness.

There are various opinions in historiography (1) on why was India partitioned, these were not only factors such as identity or religion which conserved into two nation theory but others such as economic backwardness of Muslims in various regions as compared to Hindus and uneven socio-economic development in different communities, challenges to cultural norms and values of Muslim, threats to the existence of nobility and feudal class posed by a progressive, democratic , class conscious Hindu majority or interests of salaried middle class of Muslims which has a dominant voice, British moves to provoke divisions and communal differences like separate electorate system (2), Reservations of Congress in giving concessions to Muslim and ideal of forming a strong centralized state (3) or anti war policy of various influencers such as the Forward Bloc in the Congress, All India Kisan Sabha and other radical parties during world war two which impacted British policies (4) . There were regional or provincial realities as well where politics and interests of local interest groups played an important role in shaping course of events such as United Bengal movement or failure of Unionist party in Punjab (5) or influence and role of Pirs in Sindh (6) or the episode of civil disobedience movement in NWFP (7). It was culmination of a variety of historical, social, cultural and political forces and factors which ended up in partition of India. 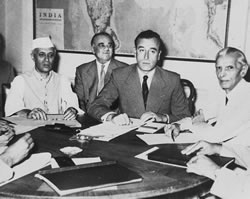 Partition of India resulted in two dominion states of Pakistan and Union of India, and division of two provinces of Bengal and Punjab. A massive mass population migration took place across the borders in the shadow of large scale communal violence, estimates of migrants between 1947 and 1951 ranges from 10 to 18 million and an estimated 200,000 to 1 million casualties as a result of communal violence(8). Migration as a result of partition of India is as multi faced and complex as partition itself, there were ideological as well as situational and regional factors behind this mass exodus towards both sides of newly created borders, major factor specially in Punjab was the violence unleashed by Hindus, Sikhs and Muslims (9). It is now believed that the violence against targeted communities was well planned (10), violence was used as a tactical mean before and after elections in 1946 for example in Calcutta, similarly violence after announcement of partition was organized and there were motives to force a community to leave and evacuate an area completely.

This mass migration on both sides resulted in sudden demographic changes and challenges. Provinces and cities were transformed and balance of power switched from one dominant community to other, linguistic and racial proportions were affected and many cities were changed for good; Calcutta, Dacca, Delhi, Lahore and Karachi were transformed as a result of partition. This disturbance was to be the source of ethnic and racial conflicts in both countries. 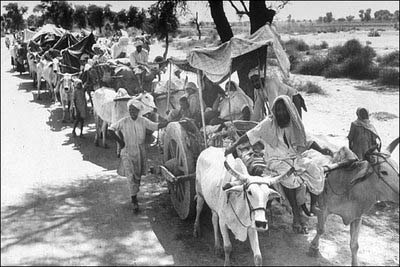 Population of Calcutta increased by 20% in five years by 1951, with a huge influx of lower class population whose effects were evident in changing landscape of Calcutta (11). Hindu merchants were controlling 85% of the properties in Dacca and it was a Hindu majority city that migrated in 1947 and their population was marginalized to five percent (12). In Delhi, migrants from west opened up violence against Muslims which resulted in migration of around two third of its Muslim population, their proportion declined from 40.5 in 1941 to just 6.6 percent (13), still its population grew by 106% which transformed it to a Punjabi majority city. Lahore was two third Muslim majority city but its economic activity and business was dominated by non-Muslims majorly Hindus which left as result of communal violence, this vacuum was filled by migrants from east Punjab (14). Karachi too was a Hindu majority city, already a busy port and commercial centre where business was dominated by Gujratis and Lohanas. By 1948 reports of violence from other parts of India and Pakistan and then exodus of Muslims from India has moved most of them with their capital to India (15) and by 1953 Karachi has reached a population of 1.3 million from 400,000 in 1947. 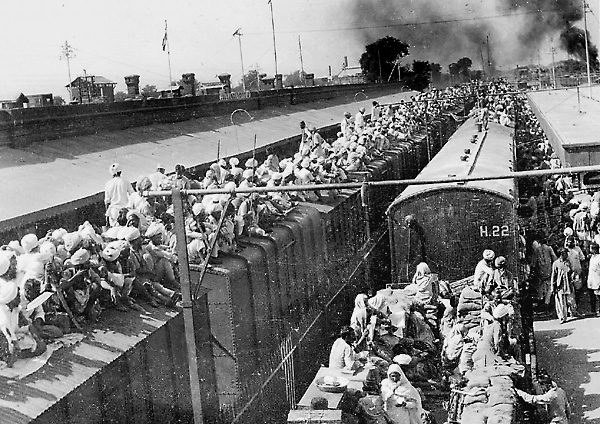 Sikhs in India demanded a separate province and adjustments in boundaries as a solution to communal problems in Punjab, Giani Kartar Singh had suggested scheme of Azad Punjab which was picked up by Akali Dal which demanded Ambala, Jallundur, Lahore divisions and Lyallpur District to be formulated as a new province to safeguard Sikh interest, this demand was later radicalized as demand of a separate state (16). After Partition and exodus of Sikhs and Hindus from West Punjab, Indian Punjab (Pepsu) had 2.5 million refugees almost a fifth of its population, after secession of states such as Patiala and others, Sikhs became a slight majority (17). Before partition they were scattered around Punjab and have no majority in any particular district which became a hurdle against their demand of a separate province. Partition and resulted migration has removed that hurdle, and demand of Khalistan (to be raised later) appeared to be a reality.

There was no Siliguri Corridor before partition of India, and what is now called the North-Eastern states had better communication resources with rest of India. This was changed after creation of East Pakistan and Silliguri Corridor was the only connection between North East and rest of India. Migration was a challenge for indigenous population during British Raj, but situation became deteriorated after independence (18). Immigrants have affected the population especially in certain areas and resulting changes in demography and regional economics is considered as one of the reasons behind separatist movements in the region.

Migration of Muslims to Pakistan was to be the source of many conflicts as well, especially in Sindh and East Bengal and particularly in city of Karachi later to be supplemented by internal migration of people from across Pakistan to the first capital and economic hub of the country. As we have seen, there were dynamic overlapping factors behind partition and resulting migration. These factors originated conflicts where various interest groups collided to safe guard their interests or seek the rights they have associated with freedom. Policy of strong centralization and resulting clutch (over the government and administration) of certain elements from bureaucracy and feudal aristocracy paved the way for continues tension between centre and provinces (19). Migrants who settled in Punjab were mostly from East Punjab and were assimilated easily, yet they were huge in numbers and estimated to be around 5 million migrants settled in Punjab (20). Those who ended up in Sindh had different course and settled largely in urban areas notably in Karachi, Hyderabad and Sukkur. These migrants were from all parts of India and these are the ones generally known as Muhajirs or ‘Urdu speaking’ (21) as dominant amongst them were mostly from North Indian Muslim minority areas. It is worthwhile to note again that Punjab in present Pakistan received almost 70% percent of the migrants, and Sindh received around 20% (22). Yet it was Sindh where fierce ethnic conflict was to emerge.