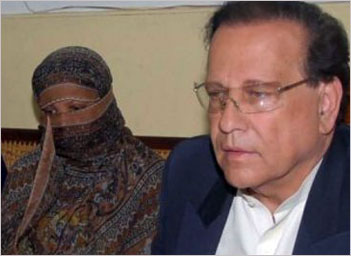 Disclaimer: This post represents the personal opinion of the author and must not be misconstrued as a policy statement of the LUBP.

“Civil” Society must stop blaming the PPP: A rebuttal to Naveen Naqvi and the ‘Twitter Opportunists Club’

The blaming the victim brigade and Shahbaz Bhatti’s murder

When earlier this year in January, Punjab Governor and the real lion of Punjab, Salmaan Taseer was shot multiple times mercilessly by Mumtaz Qadri, the whole country was divided between those who supported the end as a deserved for Taseer very vocally, while those who condemned it, did so but in a meek manner.

Result is that even after 8 months, Mumtaz Qadri remains behind bars but no decision is taken to send him to the gallows. Further result of that killing was Shahbaz Bhatti was killed while many more Jihadi terrorists (Malik Ishaq, Hafiz Saeed, Qari Saifullah Akhtar etc) have been set free by the judiciary of Pakistan. The fate of Aasia Bibi still hangs in balance. Salmaan Taseer it seems has died in vain.

Taseer was always vocal and never minced his words on issues which were against common logic and his conscience. He is sorely missed by us. Not just that he was a politician of great stature but he was also a true entrepreneur, a dying breed in Pakistan. He raised the voice for a poor Christian lady of his province who was on death row and to show how committed he was, he included his family i.e. wife and daughter in the campaign. This is quite unlike many other politicians who use such issues as an opportunity to get press value for themselves. 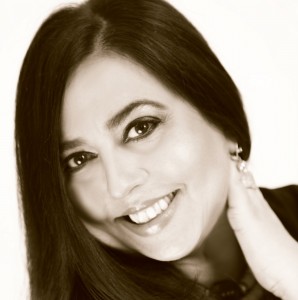 Sadly, a questionable role was played in the events leading to Salmaan Taseer’s murder and even in the aftermath by none other than his sister-in-law, Ayesha Tammy Haq, a part-time lawyer, fashionista and talkshow host.

Like other typical urban liberals, Tammy Haq used the Aasia Bibi case for her personal promotion, encouraging her brother-in-law to take a very bold and vocal stance on an extremely sensitive issue which required more subtle legal and constitutional activities than political gesturing. At the same time, Tammy Haq publicized her friend Sherry Rehman’s solo effort to present a private bill in the National Assembly to repeal the Blasphemy Laws. In both the instances, there was nothing wrong in addressing the plight of Aasia Bibi and presenting a law to repeal a bad law, the problem was that these issues were highlighted by individuals as opposed to the political party they belonged to. As a result there was almost negligible public and political support in the street.

Very quickly, Salmaan Taseer was killed and Sherry Rehman went into hiding. Those who incited these two PPP leaders then started blaming the same PPP which itself was a victim. Such dishonest critics include Ayesha Tammy Haq, Mosharraf Zaidi, Cyril Almeida, Nasim Zehra etc. Other civil society blogs (eg Pak Tea House of Raza Rumi and Raza Raja) who used to abuse Taseer changed their tune after his murder. https://lubpak.net/archives/273049

It is important to contextualize the whole episode. Ayesha Tammy Haq is known to have connections with Imran Khan’s PTI (which in turn is known for its connections with the ISI).  Tammy was nominated by Imran Khan for a National Assembly seat on women’s quota, however, she lost the election because of her zero credibility. Tammy also played an active role in the so called lawyers movement to restore the CJP Iftikhar Chaudhry.  It has now become clear that ISI and General Kayani played an important role in the restoration of Iftikhar Chaudhry. Tammy Haq is known to be acutely critical of political leadership in Pakistan while remaining very soft on the military establishment and its jihadi proxies. Recently she blamed the police and prosecution for the release of Malik Ishaq (SSP terrorist) while completely ignoring the SCP and the ISI in the whole case. All of the above suggest that she has dubious credentials as a journalist and also as a civil society activist.

Instead of baiting Salmaan Taseer to vocally highlight Asia Bibi, Ayesha Tammy Haq could have done a number of things first, if she was truly sincere about the cause:

Tammy Haq would have known all of this had she been sincere. Instead she probablygoaded and misguided Salmaan Taseer leading to his tragic death. She also knew that Sherry Rehman’s political ambitions would always triumph her sense of the larger picture and any harm that she inflicts on the PPP. Tammy played her personal contacts well to promote herself albeit to the detriment of Pakistan and the Pakistan Peoples Party.

Which is why, 8 months after Taseer’s murder, Aasia Bibi is still in prison, we have lost Taseer and Bhatti and their murderers escape justice under the watchful eyes of the ISI-backed Iftikhar Chaudhry.

In fact at least two of Tammy Haq’s close associates tried to sabotage Taseer’s murder probe. One of them suggested that Taseer’s murder was an act of a lone wolf, that Taseer’s murder “is a hate crime and nothing else. The security guard who shot the governor was not funded by a terrorist organisation or a political group.” Critical readers of Pakistani media are quite familiar with such narratives and their origins.  The other person, a struggling journalist who claims to be a paid Research Assistant of Sherry Rehman wrote a column suggesting that Taseer was murdered by more than one persons in the police van. These misleading reports were slammed by not only the PPP but also by the Taseer family. Thus, Tammy Haq’s post-Taseer murder role is as despicable as is her role in the events which led to Taseer’s murder. In fact she along with Aitzaz Ahsan refused to accept the Peasants for Democracy’s suggestion to act as a lawyer in the Tseer murder case.

It will not be out of place to highlight Tammy’s role in the so called Citizens for Democracy (CFD – an urban liberal organization which liberally blamed the PPP for Taseer’s murder).

Tammy Haq and colleagues reactivated the CFD as a vehicle to distort the Post-Taseer phenomena. CFD’s stated objective was to combat religious extremism. Aside from an odd token gesture, the CFD failed and due to the very obvious reasons that many of its core members as represented by Ayesha Tammy Haq, Sherry Rehman, Naveen Naqvi and Nasim Zehra were the patently dishonest sellouts that perpetually reinforce the establishment’s narrative.

The CFD was an ideal vehicle to have presented the thesis of the Peshawar Declaration which boldly stated the truth: that extremism in Pakistan was the direct result of the Deep State’s “Strategic Depth” policy and its use of extremist Jihadi militias to implement this strategy. The Peshawar Declaration was supported by both PPP and ANP in Khyber Pakhtunkhwa. Instead, CFD was hijacked by failed PTI opportunists like Nasim Zehra and Ayesha Tammy to blame the PPP for the murder of its own governor.

As per CFD’s narratives, as evidenced from its closed mailing list, its selective vitriol against the PPP was a deliberate tactic to protect the military establishment and its proxies such as:

However, these were not the narratives that were propagated by CFD whose few good members were helpless in countering the vengeful and false propaganda against the PPP and the vicious tactic of blaming the victim.

To add insult to injury, even the late Taseer’s Daily Times was misused by the Ayesha Tammy Haq’s lobby of Mehmal Sarfaraz when false stories of PSF activists supporting Qadri were deconstructed by LUBP and where the false “PPP abandoned Taseer” narrative was also deconstructed here:

Recently, it was equally educating (but not surprising) to see Tammy Haq’s reaction to the release of Malik Ishaq Deobandi of ASWJ-LeJ by the ISI-backed Supreme Court of Pakistan. Instead of blaming the most powerful institution of Pakistan, i.e, Pakistan army and the judges who remain subservient to Pakistan army’s wishes, Tammy Haq and her friends found it convenient to blame the police and the prosecution for the release of Sipah-e-Sahaba terrorist Malik Ishaq. At least three urban liberals, namely Shahid Saeed, Ayesha Tammy Haq and Mehmal Sarfraz, were seen on Twitter blaming poor prosecution. (Link)

Ayesha Tammy Haq, whose media career is the perfect example of corporate cronyism, is one of the biggest supporters of the pro-rape jihad friendly league of Islamofascist Judges. Nepotism, corruption and cronyism are the hallmarks of this pro-extremist judiciary which has failed to prosecute murderers and terrorists. Instead, it relies on dishonest spokespeople like Ayesha Tammy to continuously shift the blame of its many failures onto the elected government.

Let’s have a revolution in Pakistan: Yeh, Yeh, Yeh! A conversation with Raid Shamat and Sasha Sham-me – by Razzak Memon