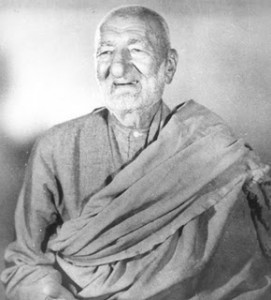 “God has created men and women to be partners in the development of civilization. They are the two wheels of humanity’s carriage which cannot run on one wheel alone”. (Khan Abdul Ghaffar Khan)

This is in response to the post titled: “Whither “Progressive” Bacha Khan’s Wife? – by Yasser Latif Hamdani, originally posted at Pak Tea House and then at LUBP.

The way Mr. Hamdani presents his case it sounds like one of those “my daddy can kick your daddy’s ass” type of arguments, goes without saying, that growing out of such thinking is an essential part of growing up. But, it might be “understandable” if he had done it as a response to someone else’s equally childish comparison, but still, Pak Tea House and LUBP should know better than to print these comparisons of progressiveness that are based on paparazzi coverage.

As a proof for Ghaffar Khan’s progressiveness, Mr. Hamdani demands a picture of Bacha Khan’s female kin. I might be mistaken but Mr. Hamdani does imply that Bacha Khan had a problem with his female kin being photographed or for that matter being active in politics.

But as it turns out, Ghaffar Khan actually does pass this test of  Polaroid Progressiveness… and with flying colors I might add.

Begum Nasim Wali Khan, the wife of Abdul Wali Khan, and the daughter in law of Ghaffar Khan began her political career in the 70s. As per the requirements of politics, Ms. Nasim Wali Khan was not only photographed in public, but filmed as well. Following are some of these “proofs of progressiveness”, which hopefully will prove that Ghaffar Khan let his “chattel” be filmed and photographed in public, just like Mr. Jinnah did. Because according to this test, a man’s progressiveness is tied to the fashion sense of his female kin, the shorter their skirts, the more liberal the man (read owner). The assumption of course is that no woman out of her free will could choose not to be in the public eye. But anyway, let’s see the progressiveness of Ghaffar Khan, as displayed by his daughter in law.

Here she is sitting next to Ayub Khan

Hugging her son in Public

And here is a video of her fixing a plate for Bacha Khan while hosting a lunch at her house, and then answering questions in an interview.

But what does this prove? That Ghaffar Khan is a champion of women rights? If that is the case, then the same could be said about Qazi Hussain Ahmad and his “progressiveness” given the publicly available picture of his daughter, Samia Raheel Qazi, as well as her videos.

Mr. Hamdani shouldn’t mind the hijab in this case, as he wasn’t asking for a picture of Ghaffar Khan’s wife in a “miniskirt”. Needless to say if a miniskirt is the standard of progressiveness, then the saris of Ms. Fatima Jinnah with her head covered also give a very “non-progressive” statement.

But what if Begum Naseem Wali Khan had decided not to participate in politics, and as the first female elected member from the Khyber Pakhtunkhwa province, it is very likely that she could have been a housewife like her sister in law or a doctor like her daughter. What if she wasnt that easily searchable on google images or youtube? Should this then have been the proof of Ghaffar Khan’s lack of progressiveness?

Ghaffar Khan advocated gender equality and female education, at a time when only 4 out of a 1000 muslim women were educated. Not only did he start schools for girls, he also encouraged them to become members of the Khudai Khidmatgars (KK),  he was of the opinion that sons and daughters should get an equal share in inheritance.

He didn’t even spare Pakhtun customs, and as a very vocal critic of the practice of Wulwar (Bride Price), he used his own wedding as an example to discourage others from carrying out this practice.

just because there are no publicly available pictures of his daughter and wife. The same way, Jinnah’s efforts for female empowerment cannot be discarded because of his falling out with his daughter over the issue of her marriage.

Both Bacha Khan and Jinnah are icons of the independence movement, while both had their good as well as bad points, the subjugation of women is something that neither of them have advocated.