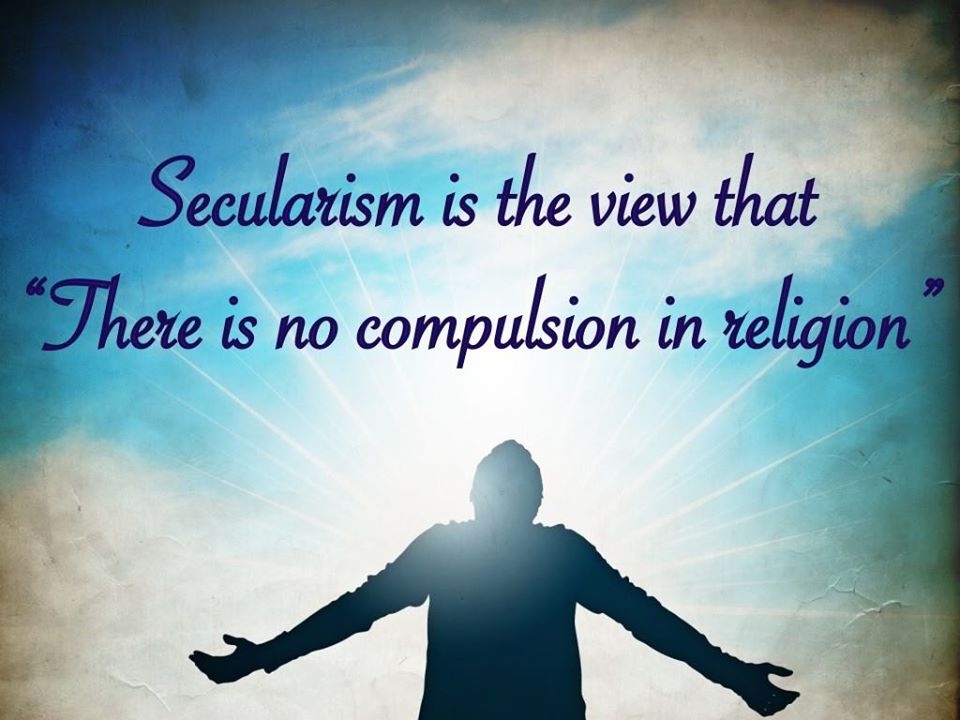 Here are two excellent articles on this topic. The first one has been written by Anand Krishan in Indonesian context, and the second one by Munno Bhai in Pakistani context.

When the British writer George Holyoake first used the term secularism in 1851, he likely had no idea that his brainchild would be so dreaded by so many prominent religious establishments.

In our country, the Indonesia Ulema Council (MUI) issued an edict on July 29, 2005, declaring as haram (forbidden in Islam) the idea of secularism, saying it was “opposed to the teachings of Islam”.

But what did Holyoake himself think of secularism? “Secularism is not an argument against Christianity, it is one independent of it. It does not question the pretensions of Christianity; it advances others.”

“Christianity” here certainly does not pertain to the Christian church alone, but to all other churches and religious establishments as well. If we can read between the lines, what Holyoake is trying to say is this: Secularism does not question the pretensions of any particular religion, but also does not endorse any. It is open to all religions, and respects the pretensions of each one of them.

I see this as a sincere acknowledgement of diversity and its true celebration. And this is how the Dalai Lama, Tenzin Gyatso, sees it.

In his remarks during the closing plenary of the 2009 Parliament of the World’s Religions Convention in Melbourne on Dec. 9, the Nobel Peace Prize Laureate defended secularism as an idea not opposed to religion. Indeed, in his own words, “secularism respects all religions.”

He cited India as an exemplary secular state. Indians, however, are not nonreligious or faithless people. They represent all major faiths, including the faith of the minority Zarathustrians from Persia, persecuted in their own homeland.

The Dalai Lama sees secularism as a force and hope for a better world, where no one claims to be holier and better than any other. It is a force that can unite peoples of different faiths (not only religions) to work together for the betterment of their respective nations and the world.

Yes, secularism respects all faiths, and not just the established and well-known world religions.

Secularism equally honors the faiths of those who have been marginalized and often persecuted in the name of religion, and by the “religious” majority.

It was very disheartening to listen to the stories of Australian Aborigines and the Native Americans, where the faiths of their ancestors are seen as anti-development and anti-progress.

Bob Randall, an Australian Aborigine leader, questioned our sanity during the convention: “Your scriptures speak of love, but where is it in practice? Where is it in your daily lives?”

The Kanyini faith kept alive by “Uncle” Bob and his community may not conceive God as we, the so-called “religious”, do. But it certainly upholds unconditional love for one and all. The man, in his seventies now, holds no grudge against those who have deprived them of their basic rights. Instead, he invites them to harmonious living in the spirit of togetherness.

Must we first enforce our brand of religion or belief system upon people such as Uncle Bob, before acknowledging their basic civil and social rights?

What if someone does not believe in the concept of God as we do? What do we call them? Do we call them atheist or nonreligious?

Derived from the Greek a theos, the word “atheist” actually means “without any concept of theo, or god”. The Buddha, Siddhartha Gautama, did not have any concept of God. However, dharma, the good and goodliness, was conceived by him as eternal (Esa Dhammo Sanantano), just as the god of our concept. So what do we call him? An atheist?

What is religion? From the Latin, re ligare means rebinding, reuniting or retying. One may very grossly define it as binding to a set of dogmas and doctrines, or tying to a certain church or institution. The Buddha called it sangha, or togetherness, coming together.

One may also understand this as returning to the self within — the spark of god (using our common and more popular term) within each one of us. The Buddha called it the awakening. Was the Buddha not religious?

Sufi Hazrat Inayat Khan once met a young, intelligent and very well-mannered boy who claimed to be an atheist. The master commented, “But you must have some kind of faith.”

The youth answered, “Yes, I have faith in myself.”

“That is it,” the Sufi master chuckled, “we are both men of faith.”

Day after day, listening to the speakers at the Melbourne convention, I began to question our sanity in calling others faithless. I yet have to meet a faithless person.

It was very disappointing, therefore, to see many of the “big” world leaders gathered at the convention still clinging to their “little” boxes. The community night organized with the good intention of getting to know each other turned out to be more disappointing, as people belonging to certain religions remained in their respective boxes. Instead of interacting with others of different religions, they chose to stick together.

Our 12-member group, representing six religions and two indigenous beliefs, were mistakenly put in one of the boxes. We considered the mistake a blessing and looked forward to interacting with the people of that particular box. But alas, they were not willing to “host people belonging to different religions”. What a joke! And this was at the Parliament of World’s Religions Convention held every five years.

The Dalai Lama suggested that we, the so-called religious and believers, reach out to those we consider nonbelievers with equal love and compassion. The coming together of the entire world and all people is our only hope for a better and peaceful world.

One may follow a popular religion endorsed by the majority, or any other non-endorsed belief system or faith — we are all still one. Humankind is one. We need to develop a faith-based secularism that respects all kinds of differences among us. This is spirituality.

The writer is a spiritual activist and author of more than 130 books. He spoke on “Bhinneka Tunggal Ika for the World” at the Melbourne Convention (www.anandkrishna.org).

Secularism is not against Islam 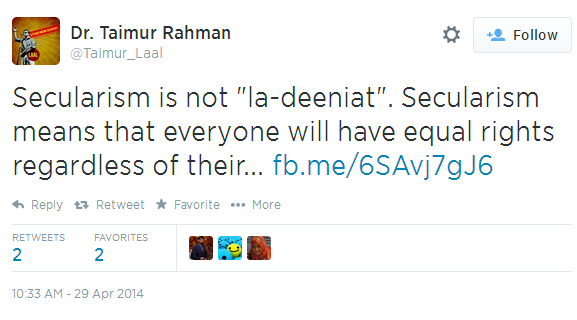