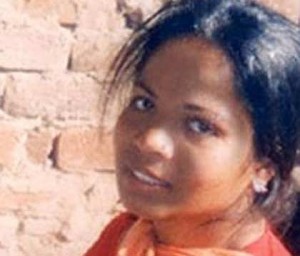 Today Pakistan celebrates the 64th years of its infancy in world history. Forgive Pakistanis if they seem perplexed as to what exactly are they celebrating. Is it the increasing sense of isolation that Pakistan feels whenever a major wanted terrorist suffices from the land of pure and the world points a “told you so” finger? Or the fact,as has been said,  “Pakistan is not a country with an army, but an army with a country”? Or perhaps the quite evidently inefficient compromise between secular ideals and Shari’ah under the “Islamic” democracy? Pakistan is one of the only two countries in the world based on religious nationalism. An ugly patchwork of appealing colors albeit not in contrast and harmony with each other at all.

Religious minorities may have little to be joyous about despite their on the surface smiles and laughter. Are the Ahmedis to celebrate years of repressive laws prohibiting them from declaring themselves Muslim sect despite their pleas otherwise?

Zia’s OrdinanceXX in 1984 came as the second blow to  the Ahmedis after in 1974 they were  ruled out of the Islamic fold, being declared  non-Muslims. Ordinance XX prohibits Ahmadis from calling themselves Muslims, their call to prayer “Azaan” , their place of worship mosques. Remember that Pakistan was founded by Muhammad Ali Jinnah who , in 1944, dismissed the demand that all Ahmedis be turned out of All India Muslims League, claiming he was no one to declare them non-Muslim if they themselves identified as one. Let us also remember the historical fact that it was no Sunni or Shia but an Ahmedi ,Chaudhary ZafarUllah,  who not only was Pakistan’s first foreign minister, author of Lahore Resolution but also the representative to boundary commission. However the distributors of recent flyers in Faisalabad asking for the killing of Ahmedis never read that history because our history books never mention ZafarUllah’s Ahmedi lineage, hoping Pakistani Muslims believe him to be one of “them”.

But Ahmedis are just one of the oppressed religious minorities. Recent Hindu marriage in front of Lahore Press Club reminded Pakistan about the absence of Hindu marital law, making it impossible for a couple to be registered as legally bound man and wife. The recent apology of police and Muslim leaders at the first anniversary of Gojra incident might bring some satisfaction to the families of the victim but does it guarantee the freedom of religion to people of other faith, or none for that matter, when blasphemy laws loom over their heads while “holier than thou” mentality pervades not only the illiterate but even the educated burger class? The death of a governor Salmaan Taseer seeking justice against misuse of notorious blasphemy law sent out a clear message, even if unintended, to the world: we are no longer Pakistan, once one of the most modern Muslim nations. We are Wahhabistan.

On the other Baloch nationalists  have a firm belief they would be better off without Punjabi elite dictating their nationalist feelings, while Pakistan army repeats same mistakes in Balochistan it made in 1971’s war on Bangladesh, for which by the way, Pakistani state has still to apologize considering the atrocities committed by Pakistani army. Pakistan doesn’t need western powers or Taliban to destroy itself. It is doing a well-done job on its own. White men and Kalashnikov carrying beards are catalysts at best.

The success of Pakistanis at creating a world record for the largest amount of people singing national anthem simultaneously and a ten million signature petition “Yah Hum Nahy” (“This  Is Not Us”, terrorist) is sure to be a futile and desperate measure to portray a softer image of itself while it is tagged as the worst nation for journalists, third worst for women with official discrimination and social stigma against religious minorities. The world would still see a nuclear power probably ending up in the hands of Muslim extremists if it stays silent.

Pakistani courts may have won from the dictatorial Musharraf , but the utter failure of Supreme Court to hang Mumtaz Qadri while his neck is garlanded with flowers by the same lawyers seeking restoration of rule of law, to release Aasiya Bibi, perhaps Pakistan’s most prominent and forlorn Christian woman accused of blasphemy,and its resistance to opening up of Objective Resolution’s pandora’s box shows how now its real fight for impartiality and  just state organ for the betterment of society and progression of democratic ideal is now to get rid of Jihadi elements.

How many more birthdays would the brat child of South Asia celebrate before it would be mature enough to realize it must deal with the core problems of society and not just the superficial ones? An effort would be started off by re-writing history and Islamic studies curriculum free of bias, bigotry and jihadi ideology. When would Pakistan start producing more Nobel Laureates rather than a line of doctors who believe evolution is just a “theory”? And talking of Nobel Laureates, when would Pakistani state realize its mistake for not giving the state funeral to the one Nobel Prize winner in its history? For how long would Pakistan army’s one day’s spending be equal to the amount of money allocated to education ministry? Why is it that India’s Muslims still seem more liberated and freer than Pakistani Muslims when Pakistan was created on the fear of Hindu raj resulting in communal conflict and resulting trampling over the Muslim rights and traditions? Was a nation built on the religious nationalism a bad idea, a failed experiment?  These are just some of the questions to be raised before next 14th August we march out on streets declaring how Pakistan is the greatest country in the world.

If Pakistan is to realize the Pakistan Jinnah thought he was creating, then me must  pay heed to the words of Jinnah spoken on 11th August, 1947: