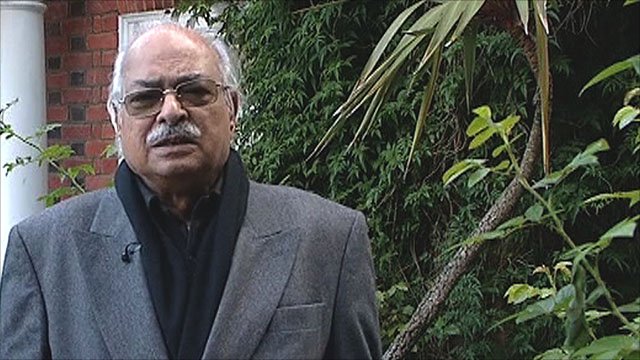 There is every reason for over a million strong Pakistani Diaspora in UK and Pakistanis wherever to celebrate their country’s 64th Independence Day with great fervour and enthusiasm. It will be their fourth Independence Birth anniversary under a democratic dispensation achieved after too much of blood, toil, tears and untold human sacrifices. The occasion will also be matter of satisfaction for them to have steered back the country on the democratic track as envisioned by the Quaid.

Quaid’s vision of Pakistan was that of a modern, liberal, secular and democratic country -a role model for rest of the Muslim countries. His dream was to have a Pakistan that was to bask in the glory of tolerance, interfaith cohesion and equality for all its citizens irrespective of their caste, creed, colour or gender.

The current democratic order is the result of unprecedented sacrifices by our leadership, masses and their unflinching commitment to Quaid’s vision of an egalitarian Pakistan. Shaheed Zulfikar Ali Bhutto preferred gallows than surrender to dictatorship. Mohtarma Benazir Bhutto too sacrificed her life to fulfill Quaid’s democratic dream.

A confident Pakistan under the elected leadership of President Zardari and Prime Minister Yusuf Raza Gilani is taking shape despite predictions by doomsayers to the contrary. Notwithstanding the current difficulties, its clouded horizon is full of silver linings. One can say this with full confidence and for variety of reasons.

First, Pakistan is democratically addressing political issues, security and its socio-economic problems with substantive support from across the political spectrums. Second, its institutions are working at their best overcoming usual hiccups.

They have achieved optimal levels and delivering to the best of their capacities. Third, it is being run through a democratic order, which is based on reconciliation -a legacy of martyred Mohtarma Benazir Bhutto. Fourth, for the first time in its history coalition partners have been given their due share in governance with the objective of consolidating democracy.

Frequent interventions by Praetorian Bonapartists left behind a mess to be mopped up by democratic governments. For the first time major political forces are contributing immensely for the sustenance of the democratic order without instigating extra-constitutional interventions. This is not to say that non-democratic forces have given up on dictating their agenda.

Nevertheless, it is heartening to note that our society is gradually adapting a democratic culture with an independent judiciary and a vibrant media.

Corruption, paucity of faultless economic management, growing radicalization and serious law and order no doubt are major issues that require bold responses. As regards corruption, this term is lavishly used in Pakistan.

During the 90s the two governments each of Benazir Bhutto and Mian Nawaz Sharif were dismissed on the charges of corruption, but without any proof. Even now, no proof has been given in any case of corruption. Whatever is said is based on personal likes and dislikes. Courts are free to prosecute the guilty. However, before being declared guilty media trial should stop. It is incumbent upon the judiciary to take action against those that indulge in media trials.

Since 2008 elections, the country has come a long way in strengthening democracy. It has restored the supremacy of the Constitution, sovereignty of the Parliament, rule of law, independence of judiciary, unshackled the media, maximised provincial autonomy, introduced equitable distribution of resources through National Finance Commission’s award and addressed provincial grievances, through Benazir Income Support Programme it has so far provided additional sustenance to over 4 million poor women and their families.

On the state of economy, neutral observers would endorse the fact that the present government has from the very beginning followed strict economic discipline and agreed to IMF conditionalities in order to correct economic imbalances, which it inherited from the previous government. This has brought about encouraging results.

Today the country has the highest foreign exchange reserves ever in history reaching to $18.00 billion. It has registered highest remittances from the overseas Pakistanis, which have now reached to $ 12 billion.

Its exports have registered unprecedented rise of 42%, touching $ 27.8 billion. A bullish Karachi Stock Exchange with trade index reaching 12000 points for the past 18 months despite recent setback due to downgrading of US, shows growing investors’ confidence in doing business with Pakistan.

Inflation has been brought down from 20% to 14%. Although still high, the government continues its endeavour to make it single digit.

The current account deficit has been reduced from 8.5% to 0.3%, which is a real success of the present government.

During the past one year, the government has taken successful measures to address the problem of energy deficit as a topmost priority to revive economy and generate employment.

While the economic fundamentals remain strong, our economic managers are aggressively engaged in bringing about an economic turnaround despite backlog of economic problems. The government is also braced to grapple with a horrendous international economic recession.

Pakistan is grateful to the British government and its people for having stood by us in our most difficult time-both in war against extremism and the aftermath of devastating floods. It is a matter of great satisfaction that Pakistan-UK relations have always been cordial and are gaining strength with each passing day through exchange of visits by the leaders of the two countries. Economic cooperation between the two countries is multifaceted and encompasses economic, cultural, defence and security issues.

Our bilateral trade is on the rise.

Over one million British Pakistanis have contributed tremendously to making the relationship between Pakistan and UK to grow deeper and stronger. One is confident that the British nationals of Pakistani heritage will continue to play their sterling role in the progress of Britain and Pakistan. It is time for the Pakistani Diaspora and its enterprising members to invest in Pakistan. More so, the challenge of extremism makes it all the more imperative to make Pakistan economically strong.

Our community must feel reassured that the recent horrendous events were not Pakistan-specific. Other ethnic communities too were hit hard by miscreants or hooligans who went on looting rampage. They must help the local authorities by constant vigil and co-operation. This would add to their endeavours to further strengthen relations between Pakistan and the UK.

The government’s landmark achievements are no small feat seen in the context of terrorist threat, energy crisis and devastating floods that Pakistan has been grappling with. There are more measures in the pipeline: the government is seriously introducing tax reforms aimed at expanding the tax base; agriculture sector is being brought under the tax-net while 700,000 people have been identified as new tax payers.

The addition of 25% new taxpayers would be a precursor to further expanding the domestic tax base and less reliance on external sources of funding.

Regarding growing radicalisation and law and order problems, we inherited these issues from the previous government. No doubt security situation has worsened following Pakistan’s role as a frontline state after 9-11.

It has suffered far worse than the combined casualties of the Nato forces in Afghanistan. Its determined efforts have put the extremists on the defensive. Taliban once described as “mortal threat to Pakistan” are on the run.

There is no place in Pakistan controlled by the Taliban as compared to Afghanistan where 42 nations led by Nato are responsible for so far elusive peace and security. The sacrifices rendered by martyred Benazir Bhutto, Governor Salman Taseer, Minister Shahbaz Bhatti and 35000 of our security personnel and civilians are enough to show Pakistan’s resilience to tackle extremism with iron hand.

Despite media’s negative perception, there have been many positive developments, which did not attract much attention but merit mention here to allay apprehensions about Pakistan.

The government has succeeded in forging provincial harmony, which was dented during the dictatorial rule; passage of 18th and 19th amendments in the constitution to restore the federal parliamentary structure in letter and spirit is its major success. Similarly, corrective steps in Balochistan in promoting harmony despite foreign instigations are gradually showing signs of a socio-economic turnaround.

Pakistanis should feel proud today that there are no political prisoners or political victimisation.

Therefore, any talk of instability or a threat to its integrity is not only an exaggeration but also an exercise to malign Pakistan. This must stop. The present day Pakistan is capable of tackling all sorts of challenges whether internal or external. We have confidence in our institutions, our leaders and the resilience of our people.

Daylight Robbery, Meet Nighttime Robbery -By Naomi Klein
Are we a moral society? -By Meera Ghani