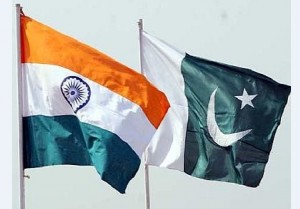 Fourteenth of August is a very phenomenal date; it is when Pakistan came in to INCEPTION. There is a legitimate difference between ‘independence’ and ‘inception’. Independence was not achieved by Pakistan. It was achieved by ‘India’ (the before partition India and Pakistan). Thus I would not call it independence of Pakistan, but India.

It is quite ironic to notice that the countries that share legacies of common ideology, polity, state, culture and most of all shared social structures, are now at daggers with each other. It’s quite heartbreaking yet surprising that both nations have maintained their hatred towards each other for so very long since Independence from colonial powers. It is like it was a same class with two sections one had different class teacher and the other had a different one, they were assigned together to live for centuries, regardless of their different class teachers, they maintained their bond and appreciated each other’s different values and beliefs. One day, a foreign exchange student comes up to revive the entire class and create it in accordance with his ideas, values and beliefs. He did many great things. He taught them various techniques, methods and training. Both the sections got competitive with each other; both of them wanted power and charm to impress the foreign exchange student. The foreigner was in a state of awe since the very day; he liked their customs, values, unity, stationary (ancient yet exotic) and everything else that both the sections shared and built together. The first section realized that foreigner was slowly and gradually taking over them and changing them into something entirely different than what they were. The first section gathered and started to protest against foreigner’s tyranny and selfishness towards them. Somehow quite, unintentionally the second section was left out. (Not entirely) they were in a minority so one of their groups injected their ideas and they started to feel distant and different from the larger section. It took grounds and refuge on having a different class teacher and thus supported their own ideology and asked for a segregated class. The larger section got worried about losing its other half. The foreigner also got caught off guard with sudden outbreaks from both the sections. It didn’t want segregation of both the sections neither to leave them on their own, since he believed they needed his support. Eventually, the foreigner had to give in, in order to avoid the blame of riots that were carried out in the class between both the sections. Finally the foreigner left in the wake of both the sections brutally slaughtering each other.

Both the sections now hate each other. They simply do not like to be associated with one another, forgetting the glorious past it once had together.

Its independence for everyone else, but it’s not for me. Two entities comprising of one soul got separated from each other. They forgot what they had. It’s the same day that the both countries enjoy, with different timings in respect to its independence. Pakistan, came into being, lost its majority and came forward. India lost its very chunk that it called its other half. I really am praying that both the sections realize their importance of past and make up a better present and prosperous future.