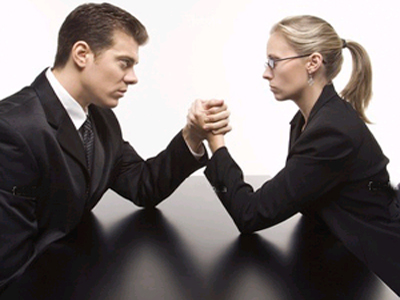 Everyone has the right to life, liberty and security of the person. Men and women of full age without any limitation due to race, nationality or religion, have the right to marry or to have a family.

They entitled to equal rights as to marriage and its dissolution. Marriage shall be entered into only with the free and full consent of the attending spouses.

The family is the natural and fundamental group, unit of society and is entitled to protection by society and state”. But “the right to life of women in Pakistan is conditional on their obeying social norms and traditions”.

Pakistan has ratified the Convention on the Elimination of All Forms of Discrimination against Women (CEDAW) in 1996, still women continue to be ‘commoditized’-bartered for land or money, given as swara (compensation for murder/dispute settlement) or watta satta (men acquire a wife by offering a sister or daughter in exchange), women are abused, raped or murdered by close relatives. ‘Honor’ killing was once an unusual custom but has more recently evolved into a common practice in which men kill sisters, daughters, or other female family members to avenge a ‘shame’ or ‘dishonor’ she is accused of bringing upon her family or tribe.

Behaviors considered to be ‘dishonorable’ are many and can include a woman wanting to marry a man of her choice; wishing to seek employment outside the home; publicly disobeying the family patriarch; being accused of having illicit relations or seeking a divorce.

Pakistani women are trapped in a web of dependency and subordination due to their low social, economic, and political status in society. The majority of women suffer from all forms of poverty.

In order to change women’s position and societal view of their inferiority, structural changes need to be brought about in the social and economic order that shape our social world. Presently, in order to maintain the status quo, institutionalized violence against women at the family, community, and state levels is used as a mechanism to ensure their compliance with gender norms. This serves to prevent any attempt leading to the subversion of the male order.

Ironically, at the same time, a great deal of rhetorical attention has been paid to gender issues at the national level. Pakistan has made several commitments at national and international forums to ensure gender equality at home.

However, there is a wide gap between commitment and implementation. The persuasion of the State to translate its commitment to gender equality into concrete reality is the major challenge faced by women in Pakistan.

Feminization of poverty is a global phenomenon. Women are the poorest among the poor and the most vulnerable among communities. Social relations of gender mediate women’s experience of poverty. Poverty in Pakistan has “woman’s face.”

There are considerable intrahouse hold disparities in food distribution and investment of resources between male and female members. Among poorer households, incidence of chronic malnutrition is higher among female children. Women’s access and control over productive resources are extremely limited. In addition to suffering from the same deprivations as men, women face the additional suffering of unequal opportunities to education, health, and other social services due to patriarchal control over their sexuality and cultural restrictions over their mobility.

Violence against women is a fundamental violation of the human right to life, physical safety, self-respect, and dignity. It is the manifestation of historically unequal power relations between men and women.

The social construction of gender establishes male authority and power over women, and provides the basis for gender-based violence in the society. Women are also victims of male honor. If the male honor is compromised in any way, the womenfolk of the rival party are humiliated by being made to strip off in public and paraded through the streets to take revenge from the family.

Marital rape is not even recognized as a criminal offense in Pakistani law, which is a negation of women’s right over their own sexuality. Rape in police custody is also widespread but vastly underreported as it involves members of the police as the perpetrators of this crime.

The provision of the Hudood Ordinance that requires four adult male Muslims of good repute as witnesses of the actual rape or the rapist to confess as a condition of proving rape has made it impossible for rape victims to get justice. Under this law, if a rape victim cannot prove rape she can be charged with and sentenced for adultery.

Trafficking of women is also on the rise. Foreign women from Afghanistan, Bangladesh, and Myanmar are brought to Pakistan and sold. Kidnapping, forced prostitution, and sexual violence at the workplace are other forms of violence on the rise.

Customary practices that include exchange of women between families, selling and buying women as a commodity, using women as barter to settle family disputes, marriage to Quran, and killing them in the name of honor are other forms of violence against women being condoned in the name of tradition and culture.

Violence in the private domain undermines women’s confidence and self-esteem and destroys their health, while the fear of sexual assault in the public domain deprives them of their full participation in all aspects of development.

This is a high social and economic cost for the society to pay. In the words of Martin Luther King, “A mother’s place is inside her home, but she should also make certain, she gets outside that home enough to help worth while crusades and actively mould the country her children will live in.

She therefore holds a key position and her role in shaping the fate of the nation must be recognized and respected.”