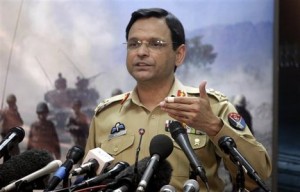 On 28th July 2011 the New York based non-governmental organization HRW published a report on “internationally overlooked” alarming crisis of Balochistan. Though the 132-page report “We Can Torture, kill, or Keep You for Years” failed to cover all grave violations of Human Rights but still it was comprehensive enough to portray the brutalities practiced by Pakistan Army in mineral-rich land of poor Balochs. The report documents dozens of enforced disappearances, where the detainees are kept incommunicado in illegal detention centers in Army and FC cantonments. The detainees are then tortured viciously and finally killed cold-bloodedly by fanatic and extremist soldiers who only know them as “infidel” and Indian agents. The ordeal of Nasir Digarzai shows a painful and lingering glimpse of what basically happens in those illegal detention centers.

The report details 45 cases of illegal disappearances and abductions of Baloch political activists, journalists and intellectuals. The well-known cases mentioned are abduction of Baloch political leaders Abdul Ghaffar Langove and Mehboob Wadela. Mr. Langove was kidnapped in front of dozens when he was visiting his wife in a hospital in Karachi. Whereas while traveling to Gwadar Mr. Wadela was intercepted by personnel of intelligence agencies near Yousuf Goth Karachi.  There are dozens of witnesses in both cases of daylight abduction. Subsequently both leaders were killed extra judicially by death squads of Pakistan Army and ISI in military detention centers and then dumped in barren lands of Balochistan.

Other prominent leaders kidnapped by Pakistani Intelligence Agencies include Ghafoor Baloch (BNM), Zakir Majeed (BSO-A), Sangat Sana Baloch (BRP), Jaleel Reki (BRP) and Doctor Din Mohammad (BNM). Ghafoor Baloch a father of one was the only earning hand of his family. His family is living in very poor conditions after his abduction. Almost all other families of abducted Balochs are going through same sufferings.

This report is one of a very few international expressions of concern on human rights violation and war crimes in Balochistan where a middle class society has waged a war of independence against oppression. This report and a few others of this kind succeeded in forcing some international journalists and human rights organizations to notate about this frightening crisis. The world came to know how a state with a mighty Army is brutally killing unarmed political opponents. Finally the doomed people of Balochistan achieved the attention of humanitarian groups but at a very heavy price.

The obvious unhappy child of the story was Pakistan and its military whose brutal secrets were now unveiled in front of an international community. The confused and angry spokespersons of Army and FC started using their coveted tools of denying everything. They concocted stories and narrated them with great confidence on state media, which are either financially supported or threatened by military agencies to present their devised facts.

Director general of ISPR Major General Obaidullah Khan while talking to media said that the report tried to malign the law enforcement agencies by not projecting their good deeds. He further called for probing the funding of these organizations. Someone should ask this gentleman (who is basically not gentle when it comes to Balochistan) does few developmental projects justify the killing of 200 and abduction of thousands of unarmed political activists?

Accusing human rights organization and international community is not something to get surprised about in this state. Brutal regimes have always used such tools to hide their callous activities. But states should also know that denying truth on an international platform wouldn’t help them. HRW is not Insar burney “trust” which will modify its reports for monetary incentives or shun its activities due to threats.

Another officer of ISPR on a TV channel recited very funny and contradictory statements. Answering to a question by anchor he shamelessly linked these killings to other political parties and armed groups who are struggling against oppression. He then said the law and order situation in Balochistan has improved enormously and the law enforcement agencies have broken the backbone of Baloch nationalist groups. He added that these armed groups are no more able to operate freely.

A person even with a very little intellect can sense the contradictions in above statement. If the backbone has broken and these groups cannot operate freely then who are these armed to teeth cherubs who abduct political activists in daylight in front of hundred of witnesses and then kill them. If for a moment we believe what the army officer said then a question arises why on earth these armed groups want to kill nationalist political activists who in masses speak in their support?

Another Pakistani officer Lieutenant-General Javed Zia denied that the missing Baloch were kidnapped and killed by army. Instead he said some “patriotic elements” have hit those who burn Pakistani flags.The term “patriotic elements” shows a soft corner by Pakistan Army for these brutal killers who do not even refrain from beheading political prisoners. Some videos have also surfaced in which these “patriotic elements” can be seen enjoying lavish food with army brigadiers.

This state, having no courage to face bitter realities, has always lived under state of denial. But it must also know that a crow cannot become white by washing itself with soap. It has to stop the grave violations of human rights and hand over the land and resources to their native owners instead of using fashionable tools of denials.