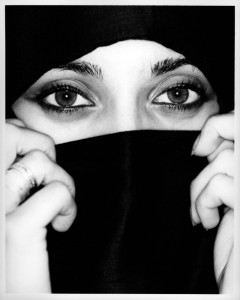 It was only a matter of time anyway. A few days ago, a police officer along with his squad burst into the Nairang Art Gallery and beat up the female curator for wearing a sleeveless dress and interacting with men. The police officer, a SHO, was perturbed by the ‘fahash’ ambience of the place.

After being assaulted the woman and her colleagues who came to her rescue were taken to the police station and booked under an obsolete ordinance.

Nairang Art Gallery is a work of devotion to art, literature, music and design by the iconic architect Nayyer Ali Dada. Some say it’s the modern day’s equivalent of the Pak Tea House – where left-leaning intellectuals come to spend their time. They have a small cafeteria which pays for part of the operating expenses of the art gallery; the rest of the funds are put up by Nayyer Ali Dada.

The audacity of the police officer to walk into the art gallery and assault a young woman for wearing a sleeveless kameez is appalling. I had gone to interview Mr Nayyer Ali Dada – the owner of the   Nairang Art Gallery – for a profile piece and right after saying hello he handed me a press release of the Human Rights Commission of Pakistan condemning the incident and demanding action against the SHO from higher authorities.

It’s a sign of the times we live in today. Through implicit support of the state, our police force has turned into the Pakistan’s version of Taliban’s notorious Ministry for the Propagation of Virtue and Prevention of Vice. It’s reminiscent of the secret video released by the Afghan women’s right groups of a Taliban member beating up a burqa-clad woman on the street because her ankles were showing.

But is this incident all that shocking? After all, it got only minor coverage in the media.

My mother grew up in Multan – a city far more conservative than Lahore. She recalls a time, while she was in medical college in the 1970s, when vigilante enforcement of a strict, literal interpretation of Islam was unheard of. Women were rarely harassed for wearing jeans, long skirts and sleeveless shirts.

All that changed when General Zia came to power and began a campaign to Islamize society as per the interpretations of hard-line conservative mullahs.

There was a concerted campaign by Zia’s regime to propagate hard-line Islamic policies through a heavily-controlled media and school textbooks. Consequently, a national narrative evolved, one that aspired to convert Pakistan into a Saudi Arabian-style theocracy: we’re an Islamic country and Pakistan was built for Muslims to be able to live under Shariah law without the overbearing Hindu dominance in all spheres of life.

Of course that was just a ploy by General Zia to stay in power by extolling his regime’s implementation of the so-called Islamic edicts. Bangladesh had recently been liberated and India’s brilliant embrace of secularism meant that the Muslims there were able to practice their religion freely.

Against this backdrop, General Zia’s policies won wide-spread appeal, mainly because it stemmed from our insecurity as to whether we constituted a ‘nation’ at all. Apparently, his policies attempted to justify the existence of Pakistan as a nation distinct from India. An Islamic theocratic state set Pakistan apart from India.

This was, ostensibly, in contrast to the very ideals of our founding father. Quaid-e-Azam had declared religion to be a personal matter and that the state had no business interfering in the religious practices of its citizens.

In the ensuing years after the end of Zia’s regime, successive governments reinforced the Islamized national narrative, embedding it firmly in the image Pakistan has of itself.

So when a police officer raided an art gallery and assaulted its staff –accusing them of ‘fahashi’ – there was minimal outrage.

People appear to have capitulated to the extremist fraction of the population. Zia may have whipped up Islamist sentiment to prolong the life of his regime, but that has left an indelible scar on our society.