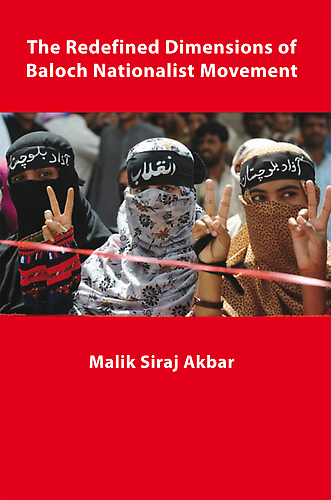 Author of Shadow War: The Untold Story of Jihad in Kashmir

Most Pakistanis, particularly in Punjab and urban Sindh, know little about Balochistan, which makes around 43 percent of the Pakistani territory. For most of them, Balochistan is a land of sand deserts where nomads roam around. The Balochi Society is divided into tribes which are headed by ruthless tribal chieftains. These tribal sardars carry names of their exotic tribes as their surnames. These Baloch sardars are the biggest obstacle in the way of development in Balochistan. Pakistani government has tried hard to open schools in Balochistan but these barbaric sardars do not let them build any schools because education would pose a direct threat to the sardari system. Pakistani government has also tried to build roads and other infrastructure in Balochistan but failed because of the resistance put up by these sardars. The people in Punjab and urban Sindh accept it without questioning these myths.

Most Pakistanis outside Balochistan consider Balochistan as the national backyard. Like they grow organic produce in their personal backyards, the national backyard produces natural resources such as natural gas and gasoline. Pakistanis outside Balochistan want to exploit Balochistan’s natural resources as of their God-given right. What do the people of Balochistan get in return? The commonly accepted truth is that the federal government has to “bribe” the greedy Baloch sardars to produce gas and gasoline. Nobody has answered me why the federal government commits the crime of bribing the greedy sardars. Few are interested in questions like this. The ongoing discourse on the natural resources in Reko reflects similar mindset of the urban elite and middle classes.

In this backdrop, the publication of an important book on Balochistan by Malik Siraj Akbar, “The Redefined Dimensions of Baloch Nationalist Movement,” is a welcome event. Malik Siraj Akbar is one of the best journalists from the Pakistani Balochistan who, at a very young age, has been acclaimed internationally. Akbar has worked for various Pakistani publications and has been editing a web-based magazine, Balochhal, for more than a year. Balochhal is an independent and credible source of news and analysis on and from Pakistani Balochistan.

“The Redefined Dimensions of Baloch Nationalist Movement” is a selection of articles and interviews by the author over the last five years. These articles and interviews were published in different publications over the last five years. If read together, as they should be, they make an excellent expose of current history of Balochistan. The book is divided into two parts. The first part contains 62 articles and the second part 16 interviews with key players such as Ataullah Mengal, Hasil Bizenjo, Bramdagh Bugti.

Several of these articles deal with the human rights situation in Balochistan. Malik Siraj Akbar was one of the first to point out that Pakistan’s security forces are kidnapping Baloch people who struggle for their civil rights. In the last one decade or so, Balochistan has emerged as the graveyard of civil and human rights. The security forces kidnap, torture, kill and dump the dead bodies of whoever they suspect of being a part of the civil rights movement. Many of these dead bodies are discovered on the deserted roadsides. The evidence of Pakistani security forces involvement in these extrajudicial tortures and murders is undeniable and overwhelming. Many articles in the book deal with the human rights situation in Balochistan. The families of these missing people have been demonstrating all over the country without making any differences. Even a conservative estimate would put the number of the disappeared between 1,000 and 2,000. Many of these missing people were tortured and their bodies dumped. The latest report of the Human Rights Commission of Pakistan, “Balochistan – Blinkered Slide into Chaos,” puts the number of those who were tortured and killed in this manner at 140. (The number is rising with each passing day. Former chief Minister Akhtar Mengal has recently put the number at 160.)  The report also partly documents the role of the Pakistan Army in these heinous crimes. The book under review gives a lot of evidence of Pakistan Army’s role in the enforced disappearances and murders.

The public opinion in Balochistan is largely shaped by the human rights situation. One good example is that of the popularity of Chief Justice Iftikhar Mohammad Chaudhary for whom the people of Pakistani Balochistan have little love. As the lawyers’ movement reached its peak, Akbar wrote in May 2007, “While Chief Justice-turned-crowed-puller Iftikhar Mohammad Chaudhry has overnight emerged as an icon of resistance against dictatorship across the country, his popularity among the Baloch population in the country’s largest province remains as high as that of General Pervez Musharraf.” After his restoration as the Chief Justice of Pakistan, Iftikhar Mohammad Chaudhary has used all his powers to declare a section of the politicians corrupt and given hardly any attention to the national issues such as the enforced disappearance of innocent people in Balochistan. Interestingly, Balochistan is the home province of Chief Justice Iftikhar Mohammad Chaudhary. The indifference of the Baloch people to the lawyers’ movement is based on the perception that settlers hold 90 percent of the positions of the judges and lawyers in the province although they make a very tiny proportion of the population. According to the then Baloch Bar Association president Sadiq Raisani, the Chief Justice Iftikhar Mohammad Chaudhary could not accept the induction of 10 Baloch sessions and additional sessions judges. “Even when 10 Baloch sessions and additional sessions judges were recently inducted, Justice Chaudhry billed it intolerable and demanded an inquiry into the matter by Justice Javed Iqbal and Justice Raja Fayyaz,” the same article quotes Sadiq Raisani, the Baloch Bar Association president.

Several articles in the book deal with the radicalization of the province and Pakistan’s security forces role in that. Balochistan is fast becoming radicalized. Pakistan’s national security establishment believes that the Islamo-nationalism is the answer to the rising popularity of the nationalist forces. Consequently, they have made every effort to strengthen the religious forces in Balochistan. One of the articles introduces the little known Baloch Taliban group, Tehreek-e-Taliban Balochistan (TTB). The group seems to be pro-Pakistan army. The article quotes TTB spokesman “Engineer” Asad as saying that the TTB is “against non-Muslims and western forces that had attacked and occupied Islamic countries . . . the TTB was committed to fighting the enemies of Islam”. The group is not associated with Tehrik-i-Taliban Pakistan (TTP) and considers suicide bombing as un-Islamic. It also has no enmity with the Sherani faction of the JUI. The book is the first step to understand the rise of radical Islam in Balochistan.

After the construction of the Gwadar port, Balochistan is attracting international attention as Pakistan plans to invite the Chinese to take over the port. Pakistan’s intentions seem to have been to bolster China as a regional power against India. Chinese response is not as yet known. Pakistan may not succeed in its plans as Balochistan is emerging the next theatre of jihad in Pakistan. The plan of the Pakistani national security establishment to strengthen Islamist and jihadist forces to counter nationalist forces has backfired. The Islamist and jihadist forces have turned out to be an uncontrollable genie. At the same time, the nationalist forces have also become stronger and more assertive than ever since current phase of Baloch struggle for their rights started in 1990s. It is yet to be seen who wins in this war.

Click here to post a comment
Teaching our kids how to lie – By Dr. Shazia Nawaz
On Ejaz Haider’s ISPR press release on Shia Hazaras of Balochistan – by Farrukhzad Ali