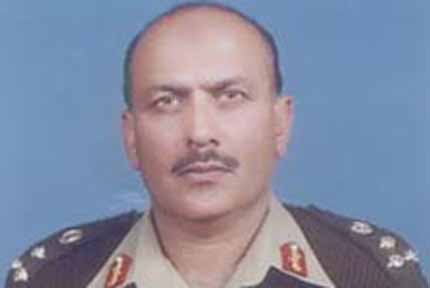 On May 6, 2011, Pakistani authorities arrested Brigadier Ali Khan on charges of ties to Hizb al-Tahrir (HT), an Islamist group that is banned in Pakistan. Shortly after, authorities revealed that four majors in the Pakistan Army were also under investigation for ties to HT.[1] In the following weeks, Pakistan’s security agencies carried out raids on the homes of HT members across the country. They have arrested at least two prominent members of the group: Deputy Spokesman Imran Yusufzai and Engineer Aftab.

These incidents warrant a closer look at HT’s activities in Pakistan, especially considering the organization’s previous stated goal of infiltrating a country’s military to achieve power—with its end objective the creation of an Islamic state.

This article examines the ties between Brigadier Ali Khan and HT, provides a profile of HT, and assesses whether the Islamist group poses a threat to stability in Pakistan.

Profile of Brigadier Ali Khan
Brigadier Ali Khan was serving as director for rules and regulations at the Army General Headquarters in Rawalpindi when he was arrested for alleged links to HT. He received military training in the United States, and had earlier commanded a brigade in Kashmir. He hails from a family with strong links to the military.[2] He was set to retire on July 9, 2011.[3]

Among his colleagues, Khan is known to be highly religious and anti-American. In a meeting after the killing of Usama bin Ladin, Khan was reportedly angry over what he considered a serious intelligence failure.[4] What he saw as the intelligence failure, however, was the Pakistani military’s inaction in the face of a U.S. cross-border raid, suggesting that Pakistan should have shot down the U.S. helicopters.[5] At the same meeting, he also reportedly questioned the “luxurious lifestyle of the armed forces top brass,” insinuating that they should change their habits.[6] 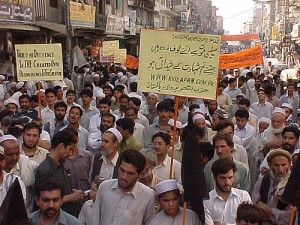 When speaking with reporters, Khan’s wife denied that her husband or their family had links with HT, saying, “If you visit somebody’s home or be visited, a link is automatically established.”[7] Her statement, however, implies that she and her husband may have at least visited the homes of HT members, suggesting that the family had some sort of connection to those affiliated with HT. She described her husband as “a staunch and practicing Muslim” who believed in the ideology that led to the creation of Pakistan. “Pakistan was made in the name of Islam and the Islamic laws should be enforced,” she said. “This is the ideology of Pakistan.”[8] His wife claimed, however, that she had never heard of HT before the latest charges, although she described it as “an organization of intellectual people, I guess.”[9]

Khan’s legal counsel, Inam Ullah, disputed that his client had any ties to HT. Instead, Ullah attributes Khan’s arrest to the tough questions he asked top generals about the Abbottabad raid that killed Bin Ladin, and how U.S. military forces were able to enter Pakistani airspace undetected. Ullah argues that Khan’s arrest is meant to dissuade other military officers from questioning the decisions of Pakistan’s military leadership.

Regardless, the accusation that Khan is a major supporter of HT warrants a closer look at the group’s activities in Pakistan.

HT Pakistan
Hizb al-Tahrir is essentially a non-violent Islamist group. It wishes to establish an Islamic state through da`wa and preaching, rather than through violence. Founded in Jerusalem in 1953, it flourished among Muslims in the United Kingdom, where its headquarters is believed to be located. It is active in more than 40 countries, and Pakistan is one of the top five countries that provide the bulk of its membership. The group does not endorse participation with democratic political systems.

Pakistan’s chapter of HT was formally founded in November 2000, although a number of Pakistanis had joined the group in the preceding decades outside Pakistan. The founding members of HT Pakistan were mostly Pakistani expatriates from relatively successful families. HT’s spokesman in Pakistan, Naveed Butt, for example, is a graduate of the University of Illinois.

After the 9/11 attacks and subsequent U.S.-led military intervention in Afghanistan, HT was able to expand its influence in Pakistan.[10] According to some reports, the founders of HT in Pakistan include Imtiaz Malik, a British youth of Pakistani descent, Dr. Abdul Wajid, and Dr. Abdul Basit Shaikh.[11] Imtiaz Malik is considered to be the underground leader of HT Pakistan. Naveed Butt remains the public face of the group in Pakistan, and he is assisted by two youths, Imran Yusufzai and Shahzad Sheikh.[12]

HT has a pyramid-style organizational structure, with its central leader based in the United Kingdom. The Pakistani group considers itself only a chapter of the international HT. HT Pakistan has been extremely secretive, as it is banned in the country. Naveed Butt is the only official allowed to reveal his identity. He told the author, “We are not allowed to reveal our identity because of the worldwide repression against the Hizb al-Tahrir.”[13] The group is organized in small cells of five to six members.[14] The members are not allowed to reveal their affiliation even to other HT members. Another supervising cell coordinates the activities of a large number of cells. “The idea is that only a few members are exposed if one member is arrested,” explained a member of HT Pakistan.[15]

HT has adopted peaceful methods to propagate its ideological messages. It distributes pamphlets, and it holds conferences, seminars and religious lectures. Its members also pursue da`wa activities, and propagate HT’s ideology on an individual basis. HT primarily targets the educated classes, as well as prominent groups such as journalists, teachers, trade union leaders, the ulama, among others.[16] It considers these categories of citizens to be in the best position to influence public opinion. HT members are often seen distributing literature outside mosques in upscale neighborhoods in urban areas. They also use text messaging to spread their message and are present on social networking websites such as Facebook.[17]

The Threat of HT Pakistan
Despite HT’s non-violent stance, “the group ascribes to a little discussed strategy called nusra, which means it could support a coup d’etat by an armed force if that force is pursuing an Islamist agenda.”[18] Indeed, one of its former members suggests that HT encourages violent coup d’etats by its members who belong to armies in Muslim states.[19] According to Rashad Ali, a former HT leader who now works for the anti-extremism organization called CENTRI, “HT sees Pakistan as a strong nuclear power. It has been doing recruitment work in Pakistan for this purpose, for a long time.”[20] He told The News International:

“HT are dangerous for Pakistan for three reasons. They will justify the arguments of jihadist terrorists by declaring the state of Pakistan as kufr. They will call for secession within the military, when Pakistan has suffered so much since the start of the war on terror. The fact that they are approaching the military is a sign that they are seeking to take power through a military coup.”[21]

It is this strategy that makes the allegations of serving members of Pakistan’s military belonging to HT so alarming.

According to various reports, HT’s former global leader, Abdul Qadeem Zallum, considered Pakistan as an important future Islamic stronghold after the country carried out its first nuclear weapons test. Around 1999, Zallum asked HT members of Pakistani origin to return to their home country and organize the group “in the nuclear-armed Pakistan.” Dozens of them left their lucrative careers in the United Kingdom and elsewhere and went to Pakistan. According to an HT member, this trend continues today. “We always encourage Pakistani members to return to their country after completing their education if they can,” said one member. “Our members sacrifice their rewarding careers to work for the Hizb al-Tahrir. The reason is Pakistan is more likely to be first Muslim country to have an Islamic country.”[22]

Brigadier Ali Khan is not the first officer arrested for links to HT. In 2003, the Pakistan Army discovered that HT had succeeded in recruiting several army officers while they were training at Sandhurst in the United Kingdom. Details about this plot and the names of those arrested were never revealed, but Maajid Nawaz, a former HT member, claimed to have been one of their recruiters.[23]

Additionally, on May 4, 2009, military police arrested four persons including Colonel Shahid Bashir, the then commanding officer of the Shamsi Air Force Base, for his links with HT. Bashir was accused of leaking secrets about the Shamsi airfield, which has been used by the Central Intelligence Agency for launching drone attacks on militants in the Federally Administered Tribal Areas. According to a December 2009 report by the BBC, Bashir was court-martialed on charges of spying and for inciting the armed forces to carry out terrorist acts.[24]

“Indeed, the particular problem of HT infiltration inside the Pakistan Army was exported to Pakistan from Britain. HT advocates violent overthrow of democratic states through illegal military coups in order to enforce a single interpretation of Islam…Recruiting from the world’s Muslim-majority armies is a fundamental tenet of their call. And though groups like HT are not terrorists, this only makes them even more able to recruit from the Pakistani elite for their paralysing call…Groups such as HT do not seek to launch a mass movement; rather they specifically target the intellectual elite and the military apparatus of the countries in which they operate. For years, leading journalists and the intellectual elite of Pakistan have been targeted by highly educated English-speaking Islamists. They have been seeking to convert prominent opinion shapers to their supremacist ideology. Once this sector is taken, a military coup can be staged by key officers sympathetic to the cause, who would in turn face minimal resistance from society.”[25]

Conclusion
Brigadier Ali Khan and four Pakistan Army officers may have been the cell around which HT Pakistan is organized. After examining HT and the group’s aims in Pakistan, it is possible that the organization was aiming to foment a “colonels’ coup” to realize its goal of establishing an Islamic state in Pakistan. It is not clear how many other HT cells are operating in Pakistan’s armed forces.

Even if HT does not pose any immediate threat to the armed forces in Pakistan, the group should be carefully monitored to prevent any rapid recruitment successes. Extremist groups can grow quickly in Pakistan. Indeed, the group’s spokesman, Naveed Butt, is encouraged about their ability to recruit Pakistani military officers, saying, “Unlike in some other countries, the Pakistani army is not an elitist army. They come from all strata of society.”[26] The thought of a successful colonels’ coup must have had a numbing effect on Pakistan’s top military brass, and it probably explains their hard line approach to Brigadier Ali Khan.

Arif Jamal is the author of Shadow War: The Untold Story of Jihad in Kashmir.