Senator from Pakistan Peoples Party Faisal Raza Abidi has raised some pertinent questions in the wake of highly politicized and pro-terrorists judiciary that are still to be answered by the apologists and champions of independent Judiciary and media.

The centre of hope for many from civil society and urban centers of Pakistan who were presumably of the view that so-called independent judiciary would be proved as the bastion of enlightened and democratic ideas – the Pakistani judiciary has gone overboard in its anti-secular, Islamofascist, orthodox inclinations and its selective amnesia against as they say ‘corrupt politicians’ and that too only belonging to a single political party i.e. the PPP while clearly parroting the lines of their not-so-secret masters in security establishment. 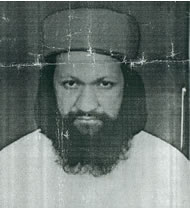 The same judiciary reluctant to opening the Pandora’s Box of Objectives Resolution has been proved so effectual and proficient in issuing the release orders of those beasts who have been wreaking havoc all over the country and massacring the minorities. According to the Pakistan Security Report 2010 by the Pak Institute for Peace Studies, in 2010, law-enforcement agencies had arrested 10,161 suspected militants across the country, including 8,863 alleged activists of the Tehrik-i-Taliban Pakistan (TTP) and other Taliban groups, 50 Al Qaeda operatives, 288 suspected Afghan Taliban, 18 militants of Jundullah (the group based in Karachi) and 147 members of Lashkar-i-Jhangvi. Many of these suspects were released after preliminary investigations, although precise figures were not made public. But law-enforcement agencies feel reluctant to produce them in court because the high ratio of suspects exonerated. 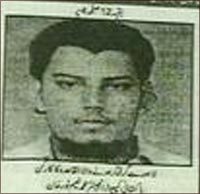 According to the Khyber Pakhtunkhwa Minister for Information Mian Iftikhar Hussain 98 per cent terrorists, arrested after hectic efforts and sacrifices of law enforcement agencies, are released by the courts owing to lack of evidence.

The most recent and glaring example in this regard is release of Malik Ishaq, a prominent figure of LeJ, by Supreme Court . It has already been reported that Malik Ishaq had in October 1997 admitted to an Urdu daily to being involved in the killing of over a 100 people. He was flown from Lahore to Rawalpindi in 2009 on a military plane to get the al Qaeda-linked terrorists to negotiate with attackers who had taken several people hostage inside GHQ. On his release, he was accompanied by Sipah-e-Sahaba chief Maulana Muhammad Ahmad Ludhianvi who is in triumph today, having made a political deal in Punjab after the alleged killing of a minority group in Gojra.

infuse any secular idea to the constitution of Pakistan, by clearly undermining the sovereignty of parliament stating that: “should we accept if tomorrow parliament declares secularism, and not Islam, as the state polity”, has crossed all boundaries of deceit and duplicity. That has proved lately a new tool for deep state that is running a parallel government in disguise of independent judiciary this time and has been successful in safeguarding her notorious strategic assets in one hand and in keeping the political government under immense pressure on the other hand by judicial victimization.

Senator from Pakistan Peoples Party Faisal Raza Abidi has raised some pertinent questions in the wake of highly politicized and pro-terrorists judiciary that are still to be answered by the apologists and champions of independent Judiciary and media.