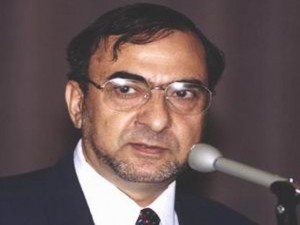 Ghulam Nabi Fai has been arrested in Washington for collaborating with the Pakistan’s once invincible Inter Services Intelligence (ISI) for funneling money of around US$ 4 million to influence United States policy on Kashmir. The reasons for his arrest seem to be his denial that he was in touch with ISI (more than 4000 telephone calls with his handlers in the ISI during the last three years) and that he failed to disclose that Pakistan was behind the creation of his organization, the Kashmiri-American Council (KAC). I do not know who the gentleman is, what his organization did or what the organization achieved ever since its creation; however, his arrest shows a continuous decline in the US-Pakistan relationship. And why shouldn’t there be a decline in the relationship? If 2011 was a “slide” on which US-Pakistan relations were to be seen, then it seems the bottom has not yet been reached. The slide only gets fastest  as  it reaches the base!

The Raymond Davis saga and the duplicity of our state apparatus on various fronts, it seems, has made the Americans realize one 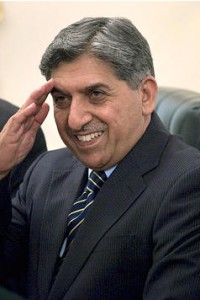 thing: Pakistan cannot be trusted! They also know who handles everything in the foreign policy and security issues and those are the people the Americans just don’t want to trust anymore. The way Raymond Davis saga unfolded with a mindless jingoistic campaign against the US, where the Army and ISI, utilized all its pawns in an extremely efficient manner to get their upper hand, has only worked against the all-knowing Army and ISI. While the ISI was firstly able to get a case, in which Gen. Ahmed Shuja Pasha was a respondent in the US, thrown in the backburner, the subsequent events of Osama Bin Laden’s killing in Abbottabad, attack on PNS Mehran (where the armed forces inefficiency was exposed yet again) and then stopping the US$ 800 million due on account of Coalition Support Fund have just shown how Pakistan has been made to fall in the eyes of its ally. A few times, Gen. Pasha has traveled to the US for meetings which only Pasha and his people know the outcome of. Whenever he went there, there were statements and columns in our right wing media that Pakistan doesn’t need the US and that we can survive without their aid.

In my opinion, the arrest of Ghulam Nabi Fai shows the continuous distrust Pakistan and its security apparatus is enjoying. Ghulam Nabi Fai has in affidavits claimed that his “KAC or I have never had written or oral agreements with Pakistan or any other foreign entity”. The disclosure that more than US$ 4 million has been spent on behalf of ISI in the US and that Ghulam Nabi Fai has been in contact with his handlers for around 4000 times since 2008 are enough to prosecute him as it constitutes lying under oath.  To many Pakistanis it may not mean something big, but lying under oath is a major offence the world over.

How Fai is prosecuted, remains to be seen but one thing is for sure, that our all knowing and over smart ISI has been made to eat humble pie yet again. Trust me, it won’t be the last time that such a thing will happen. Over smart and over confident people falter and ISI is one such agency full of hot air. The Urdu proverb of “Sayyana Kawwa Guu Khaye” is most appropriate for our ISI and it seems that this will continue for some time. The only way this can end would be ISI giving up its role of “looking both ways” and accepting their follies. It is never too late for a fresh start!

WASHINGTON: The Federal Bureau of Investigation (FBI) has arrested a 62-year-old US citizen, Syed Ghulam Nabi Fai, who is accused by the US Department of Justice (DoJ) of not informing the US government that he was in the pay of the Pakistan government while lobbying for the Kashmir cause and donating funds to Congressmen.

Fai, who is director of Washington-based NGO Kashmiri American Council (KAC), was arrested on Tuesday morning and is a resident of Fairfax, Virginia. The DoJ, in its statement to the press, said that Fai had violated the Foreign Agents Registration Act (Fara), and conspired to “falsify, conceal, and cover up material facts he had a duty to disclose in matters within the jurisdiction of Executive Branch agencies of the US government.”

According to witnesses mentioned in an affidavit prepared by the FBI, Fai received thousands of dollars for the KAC over the last two decades. A witness has been quoted as saying that the “ISI created the KAC to propagandise on behalf of the government of Pakistan with the goal of uniting Kashmir”. The witness also alleged that the ISI has maintained links with Fai for the last 25 years, mentioning a retired brigadier general of the Pakistan Army called “Brigadier Javeed Aziz”, with the nicknames Rathore and Abdullah.

The affidavit also highlights Fai’s response to the DoJ when he was questioned about the KAC last year: “KAC or I have never had written or oral agreements with Pakistan or any other foreign entity.”

Another accused in the case, Zaheer Ahmed, is allegedly at large and according to the DoJ, is believed to be in Pakistan.

The DoJ has accused Fai of receiving up to $4 million from Ahmed and his “network” for KAC, and has been in contact with his handlers over 4,000 times since 2008. According to Neil MacBride, US Attorney for District of Eastern Virginia, “Fai is accused of a decades-long scheme with one purpose – to hide Pakistan’s involvement behind his efforts to influence the US government’s position on Kashmir. His handlers in Pakistan allegedly funneled millions through the Kashmir Center to contribute to US elected officials, fund high-profile conferences, and pay for other efforts that promoted the Kashmiri cause to decision-makers in Washington.”

If found guilty, Ahmed and Fai could face up to five years in prison.

A spokesperson for the Pakistan Embassy in Washington said that Fai is “not a Pakistani citizen and the government and embassy of Pakistan have no knowledge of the case involving him.”

The affidavit outlines statements from witnesses detailing transactions where money is referred to in code as “Brylcreem”, correspondence between Ahmed and Fai about KAC and the involvement of alleged ISI representatives. In another instance, the Inter-Services Intelligence (ISI) agency headquarters is referred to as “the library in Islamabad”.

According to the FBI affidavit, KAC has two branches in London and Brussels. The FBI says that the KAC describes itself as an “NGO dedicated to raising the level of knowledge in the US about the struggle of the Kashmiri people for self-determination.”