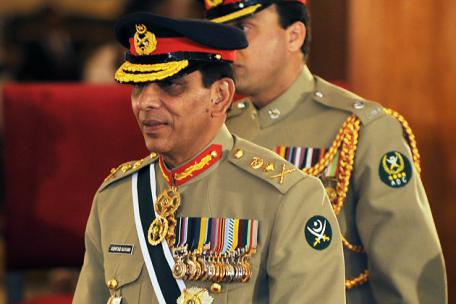 The series of events that unfolded in Pakistan since the Raymond Davis incident in Lahore have probably only one upside. In recent memory, the past few months have been the only time in the country when the army’s role as an institution has been questioned by mainstream media. In some ways this is not a mean achievement. True, military leaders have been criticised in the past, General (retd) Pervez Musharraf being a prime example of that. The opening up of the electronic media in Pakistan did lead to a widening trend of questioning the political role performed by Pakistan’s previous military rulers. If nothing else, it helped shape the weak narrative that Pakistani people have now generally accepted that military rulers are a bad idea for the country or, if nothing else, in the long run they prove to be no better than civilians. However, the media largely refrained from questioning the military’s role as the most powerful institution in shaping the nature and structure of the Pakistani state. Again, the Abbottabad and Mehran base incidents, and Saleem Shahzad’s brutal murder made the media in general, and the electronic media in particular, realise that there is perhaps something wrong with the military’s role in our state structure.

Why is military the problem in Pakistan? What is wrong with its continued interference in our politics and civil society? Consider this.

The military’s influence on the social and cultural landscape of Pakistan is of homogenisation. Its imperatives dictated it to mould a society that is homogenised in its ideological leanings. Since Pakistan is everything but a homogenous society (ethnically, linguistically, culturally), Islam became a useful tool of homogenisation in the hands of both the civilian political elite and the military leadership. But it has been a more destructive tool in the hands of the latter than the former. Here is why: civilians never really used Islam to expand the control of the state in Pakistan. For them the use of Islam in Pakistani politics has been largely for purposes of pandering to the masses, securing votes during elections and establishing their credentials before a constituency that is largely conservative and religious. The military, on the other hand, institutionalised religion within the state to expand its writ and control over Pakistan. General Zia’s regime is a prime example of this. A homogenised polity is easier to control by dictatorial forces. Once they have the monopoly over setting both the agenda and the discourse, it becomes (relatively) easier to shape public opinions. The military’s use of Islam has served the same purpose for its leadership. So, under Zia’s regime when the military ‘Islamised’ the state through public education, brought shrines under state control, influenced the bureaucracy, and so on, it essentially ensured that its influence on homogenising the state takes on a permanent role in state structures. It is this permanence that allows the military’s continued influence in the state even when not directly ruling the country.

The military’s world view has been unable to look beyond its own narrow interests. It is not even willing to consider that its own actions can be, and are, harmful to the state that it intends to protect. One way of studying the current civil-military relationships within the existing state structure can be that the imperatives of the military desiring a geographically unified state outguns the imperative of the state for a military. The interest of the military institution to keep the geographical entity called Pakistan intact essentially stems from economic concerns. A large country allows a bigger economy even if its economic performance remains mediocre. If nothing else, it ensures a sustained flow of rents from the economy to the military, and the military needs these rents to maintain two important aspects of its internal structure. First, it needs the rents to maintain an internal system of patronage. Second, it needs them to sustain and expand its vast business empire. As one of the larger (if not the largest) business empires in the country its influence on the economy and Pakistan’s general polity cannot be assumed away. Since the military’s economic empire is not subject to any (real) civil accountability, it gives it significant financial autonomy that may not be available to any other business group in the country (at least in theory). The financial autonomy can be expanded because of the military’s political power. In the name of providing national security the military finds it justifiable to expand its control and ownership of the country’s resources (natural or other). It follows then that independence from any meaningful civil accountability allows the military’s financial autonomy and political clout to feed off each other. Both depend on each other while perpetuating themselves further.

Is it possible to reform this praetorian military? Well, it is tough, to say the least! The problem with the military mindset is that it continues to follow the same colonial binaries that it was instituted with under the British Raj. In some ways it follows the same occupant/conqueror mindset that was followed before 1947 and the British concept of ‘us’ and ‘them’ is still followed — only now it has been replaced with the ‘civilian and non-civilian’ binary. This attitude is reflective of the gulf that exists between the military and the rest of our society. This gap also makes it immune to any critical thinking or self-reflection. Its efforts to homogenise society have turned Pakistan into a society that looks at diversity with suspicion. Any discourse that attempts to escape the Muslim/non-Muslim binary has to move a mountain to establish itself as valid and credible. Hence, each time the military is in charge of the affairs of the state (or some troubled area) it leaves behind a trail of unresolved conflicts that essentially stem out of the local plurality unwilling to accept the homogenous identity imposed on it from the above. The military’s economic might leads it into a bigger quagmire. Let us just assume (only for the sake of making the argument) that our military might be willing to give up its economic and financial empire. The military leadership (both past and present) has amassed immense wealth through its business empire that even if they give up such interests the lower cadre that relies completely on the patronage (mostly in the form of plots and subsidised living) of the higher cadre will feel betrayed. This change can make the lower cadre susceptible to all kinds of ideas and acts. The business empire that feeds the system of internal patronage has important (side)effects; it acts as a disciplining tool. Hence, the quagmire — damned if you do and damned if you don’t.

The real challenge that can force a change in the civil-military relationship is political power of the civilians. The more power civilians get, the larger is the space where a reorganisation of military structure can be thought of. Without that we shall continue to rot in a state where we condemn politicians each day and accept the military’s hegemony unquestioningly.

The writer is studying towards his doctorate in Economics at the New School for Social Research in New York City. He can be reached at fahdali@gmail.com

Click here to post a comment
Fai called his ‘ISI handlers’ 4,000 times: FBI
We condemn closure of Matiullah Jan’s Apna Gareban. Why no accountability of journalists?