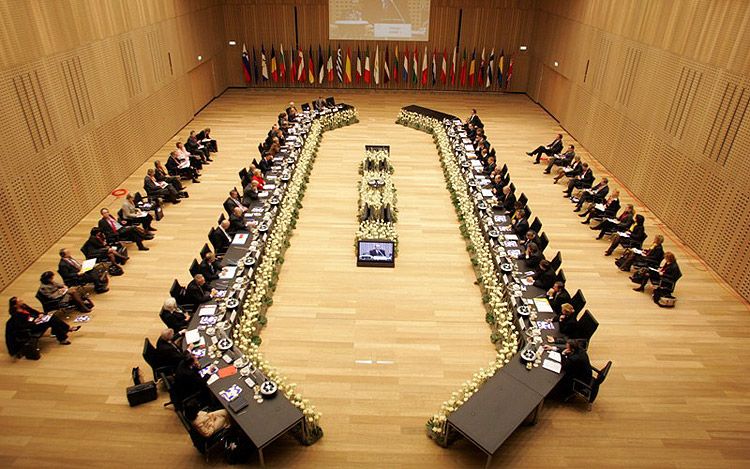 The Council adopted the following conclusions:

1. The EU reaffirms its commitment to building a strong long-term partnership with Pakistan, and to supporting Pakistan’s democratic institutions and civilian government, as well as civil society.

The EU is determined that this partnership should be based on mutual interests and shared values. It should be wide-ranging, covering economic and trade cooperation and provision of humanitarian and development assistance, regional and global security issues, respect for human rights and the rule of law, and migration issues, including illegal immigration. As regards Pakistan’s ratification of the ICCPR and the CAT, the EU notes the intention of Pakistan to formally withdraw many of its reservations.

2. As the EU’s partnership with Pakistan matures, it should increasingly balance the interests and concerns of both partners.

Thus, while the EU is ready to pursue cooperation in a number of areas, we also count on Pakistan to react to EU concerns, in particular in the fields of security and of human rights, including the protection of minorities and freedom of religion and speech.

3. The EU fully recognises that Pakistan has suffered huge sacrifices in seeking security and stability in the region. It strongly encourages Pakistan to step up efforts to combat terrorism and extremism.

The EU is cooperating with Pakistan on strengthening the law enforcement capabilities of the police and judiciary. Pakistan’s contribution to the Afghan led political process aimed at resolving the conflict in Afghanistan will be essential and the EU welcomes recent discussions between the two governments.

4. The EU remains committed to the European Council’s Declaration of 16 September 2010 regarding i.a. better market access for Pakistan. It has made strong efforts to achieve a consensus in the WTO on the EU’s request for a waiver to grant Pakistan the time-limited reduction of duties on key imports to the EU market. The Council reiterates its commitment to Pakistan’s eligibility to GSP+, as from 2014, provided that it meets the necessary criteria. In this context, the effective implementation of the International Conventions listed in the EU’s GSP regulation should be pursued by Pakistan.

5. The Council invites the EEAS, in consultation with the Commission, to resume work with the Government of Pakistan on an ambitious five year Engagement Plan, and to review progress at the forthcoming meeting of the EU-Pakistan Joint Commission, with a view to the initiation of the Strategic Dialogue at ministerial level foreseen at the June 2010 EU-Pakistan Summit. The Council looks forward to the launch of the Strategic Dialogue during a visit by the HR to Pakistan at the earliest possible time and, in the light of progress achieved, to a third EU-Pakistan Summit.”