While in the Musharraf era, the focus of the establishment was to eliminate patriots from the Baloch tribal elite such as Nawab Akbar Khan Bugti, the current strategy has shifted to the destruction of the middle strata leadership to weaken the grassroots connections and Baloch intelligentsia 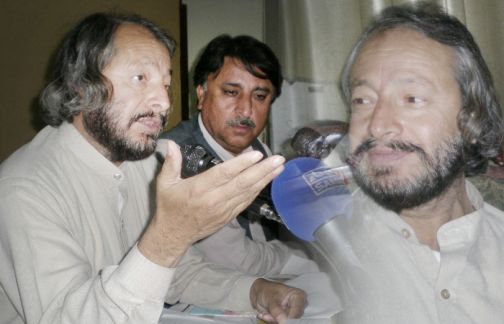 Despite the tall claims, in the last six decades no Pakistani government has ceased its policy of exploitation, extermination and elimination of moderate Baloch political leaders and activists. The cold-blooded murder of former Senator Habib Jalib Baloch, sectary general of the Balochistan National Party (BNP), including target killing of Maula Bakhsh Dashti in Turbat, Nawab Akbar Khan Bugti in August 2006, Mir Balaach Marri in November 2007, Zahid Baloch in 2008, brutal daylight abductions and killing of three senior Baloch leaders in April 2009 and assassination attempt on prominent Baloch intellectual Jan Mohammad Dashti in February 2009 are a fraction of systematic and slow-motion “genocide” in Balochistan, an ongoing process that has been taking place since 1948.

Habib Jalib, a former Chairman of the Baloch Student Organisation (BSO), was a committed fellow. He was not just a Baloch nationalist but a human rights defender, intellectual, author, Supreme Court lawyer, ex-parliamentarian and an active political campaigner.

Systematic killing of Habib Jalib Baloch was the beginning of Islamabad’s policy of “kill and dump” in Balochistan. Authorities wanted to ensure that they would continue their brutalities in a threat-free environment, silencing strong Baloch voices before the launch of a full-fledged genocidal operation.

There cannot be a greater loss to the Baloch nationalist movement than the cold-blooded murder of ideological, educated and rational leaders. Jalib was a literate leader of the Baloch movement who had a clear sense of Baloch nationalism. Along with Ghulam Mohammad Baloch and Maula Baksh Dashti, he also belonged to a middle-class family. He was purely a self-made man who was widely respected in the BNP cadre as well as in other political parties. The killing of Dashti and now that of Jalib proves that NP and BNP face a common threat, which needs to be fought with unity.

The people of Balochistan are going through a very painful period of their history. The Baloch history is full of violent conflicts. They had a long struggle against British colonialism, conflict with Afghans, Iran and encroachers, but they did not experience such a brutal and inhuman repression by any regime and state that they are experiencing by the hands of the “rulers” in Islamabad.

According to the Human Rights Commission of Pakistan’s (HRCP’s) recent report, “By far the largest number of enforced disappearances in any province of the country has been reported from Balochistan. In a recent aggravation, bodies of missing persons have started turning up in the province with increasing frequency. The right to life and freedom from arbitrary detention is violated with impunity.”

The century-long conflict with British started after killing of Khan of Kalat Mir Mehrab Khan in November 1839 and continued till 1947. During the colonial era not a single case of enforced disappearances was reported and neither was there a humiliating case of killing a Baloch elder or political activist. They jailed, punished and even executed several “rebels” but in a very lawful and respectable manner.

But unfortunately, the state of Pakistan and its security apparatus have been employing brute methods to silence the people’s voice for self-determination and equality.

A fresh episode of Baloch-Islamabad conflict intensified in March 2005. The world watched incredulously as Pervez Musharraf declared an all-out war on Balochistan — on Dera Bugti, Kohlu, Makran, Jalawan and particularly against Nawab Bugti. Tanks rolled into Dera Bugti and other parts of Balochistan in January 2005, forces began to smash Bugti’s house and Dera Bugti town, killing dozens of civilians and leaving him besieged in a few rooms without electricity and water. Then Musharraf came up with an aggressive and inhuman plan to use all available air and ground power to eliminate Nawab Bugti.

In order to silence Baloch political dissidents, General Musharraf sanctioned the state-sponsored practice of enforced disappearances, abducting family members, relatives and even female members of top political activists to divert their attention and compelled them to remain quiet during the military operation in the province.

Islamabad could not get away with a strong perception and the fact that prevails in Balochistan regarding the discriminatory and abusive role of military and paramilitary forces in prolonging political conflict. There is a common understanding and opinion that certain security agencies and their death squads are involve in assassinating high-profile Baloch leaders and activists.

While in the Musharraf era, the focus of the establishment was to eliminate patriots from the Baloch tribal elite such as Nawab Akbar Khan Bugti, the current strategy has shifted to the destruction of the middle strata leadership to weaken the grassroots connections and Baloch intelligentsia.

The impact of Islamabad’s harsh and inhuman policies has been particularly severe in the province. The current and long-term consequences of this practice pose a serious detriment to the living conditions of the Baloch people, including efforts for sustainable development, and to any prospects for peace in the region.

The writer is a Baloch leader and former senator. He can be reached at balochbnp@gmail.com