A day after Pakistani military officials shrugged off news that the US was cutting $800 million of aid for materiel and expelled military trainers, Pakistan’s prime minister expresses ‘concerns’ and its spy chief visits Washington. 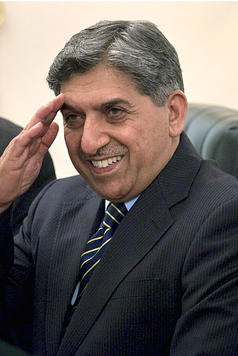 In a timely coincidence, a US-sponsored production of Neil Simon’s “Odd Couple” opened Tuesday in Islamabad, Pakistan. After the opening performance, US Ambassador Cameron Munter told the Pakistani press that, like the iconic Oscar and Felix, the US and Pakistan “can find a way to live together, to support each other, and to prosper.”

He spoke amid signs that, despite perhaps the worst deterioration in a long-troubled relationship, the two countries may be taking a breath and pulling back from a bilateral split.

On Wednesday, the head of Pakistan’s powerful spy agency, the Directorate of Inter-Services Intelligence (ISI) made a surprise visit to Washington.

And after Pakistan’s earlier “who-needs-it” response to proposed steep cuts in US military aid, the country’s prime minister, Yusuf Raza Gilani, changed the tune on Wednesday.

Expressing “concerns” about how the cuts would affect the country’s fight with extremism, Mr. Gilani said, “It is our own war, but we are fighting this war for the entire world” – sounding a markedly different tone from military officials a day earlier.

On Tuesday, the country’s defense minister, Ahmed Mukhtar, threatened to pull Pakistani forces out of the sensitive border region with Afghanistan if the US follows through on some $800 million in cuts to an annual $2 billion in military assistance.

So why did the ISI chief, Lieutenant-General Ahmed Shuja Pasha, make a one-day visit to Washington?

Probably because of the precipitous worsening in recent days of relations that were already souring after the US raid that killed Osama bin Laden on Pakistani territory, South Asia analysts say. But it would be a mistake to assume that the visit means both sides are “This trip could mean a whole range of things, from sending a warning to seeking a smooth-over” in relations, says Daniel Markey, a former State Department South Asia expert now at the Council on Foreign Relations in Washington. But he says that even if both sides want to lower tensions, the revelation of US plans to suspend $800 million in military aid will make it difficult to repair the relationship.

“I think the administration would have preferred to keep its plans quiet, but the fact this all suddenly became very public is going to make it harder now to walk back,” Mr. Markey says. “Now both sides will find it harder to back down from an explicit position.”

The Pakistanis couldn’t have been surprised that the US decided to cut funding for training programs for security forces, Markey says, given that the Pakistanis themselves first ordered the US to drastically reduce its complement of trainers in the country – as a rebuff of the US over the bin Laden raid.

But what may have surprised and more deeply worried the Pakistanis, he adds, is that the US plans go well beyond trainers to cutting support funds for Pakistan’s battle with Islamist extremists.

Of course the US has been cautioning Pakistan – since well before the bin Laden raid – that it has to step up its willingness to take on its home-grown extremist groups, a number of which are suspected of having ties to the ISI. (A series of deadly blasts in Mumbai, India, Wednesday will revive suspicions of Pakistani terror groups, after an even deadlier attack on Mumbai in 2008 was linked to Lashkar-e-Taiba, a terror organization many experts believe has received support from the ISI).

Pakistani officials were also alarmed to hear that a number of high-ranking US officials, including Adm. Mike Mullen, chairman of the Joint Chiefs of Staff, publicly laid responsibility for the recent murder of a prominent Pakistani journalist at the feet of the ISI.

Experts also caution against reading too much – for example, a forecast of relations pulling back from the brink – into Prime Minister Gilani’s words.

CFR’s Markey notes that Pakistan’s civilian leadership has often sounded supportive notes on relations with the US – including immediately after the bin Laden raid – only to be forced by public opinion and the country’s real powers in the security forces to pull back.

“Gilani is where you would expect the civilian leadership to be, but he may not be an indicator of where things are actually moving, for better or for worse,” Markey says. Calls from civilian leaders for lower tensions and enhanced cooperation, he adds, “may end up demonstrating how little impact they have on defense and foreign policy.”