Islamabad: ISI chief Lt Gen Ahmed Shuja Pasha on Wednesday left for the US in a bid to revive security ties affected by recent events, including the suspension of $ 800 million of military aid to Pakistan.

“Lt Gen Ahmed Shuja Pasha, Director General of Inter-Services Intelligence, has proceeded to USA for a day-long visit to coordinate intelligence matters,” said a brief statement from the military.

It did not give details. 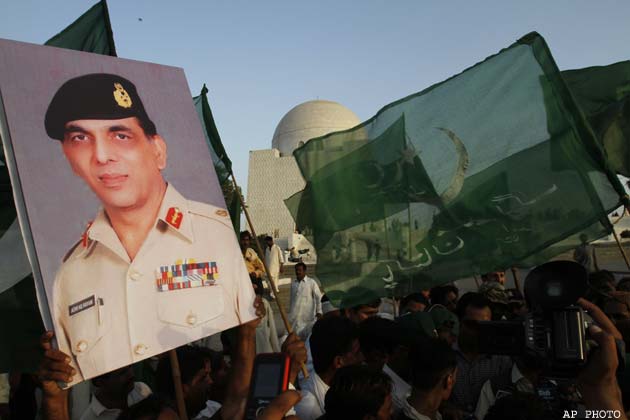 Pasha embarked on the visit a day after the US Army’s Central Command chief, Gen James Mattis, arrived in Pakistan in an apparent move to defuse tensions between the two countries over a series of incidents, including the suspension of military aid.

Senior American officials announced on Sunday that the US administration had suspended the payment of military aid as certain steps taken by Pakistan, such as the expulsion of military trainers, justified cancellation of the assistance.

The US made the decision after Pakistan expelled over 100 American military trainers. The move is also aimed at pressuring Pakistan to take more steps against militants.
The US media said Pakistan has refused visas to US military officers, which annoyed the Obama administration.

Pakistan’s Defence Minister Chaudhry Ahmad Mukhtar on Tuesday warned that his government might withdraw troops from the tribal regions bordering Afghanistan as a response to the suspension of US military aid.

The military aid that has been held up includes $ 300 million to be paid as reimbursement to Pakistan for expenses incurred in the war on terror.
Mukhtar warned that the US move could harm Pakistan’s campaign against al Qaeda and Taliban.

Following a meeting of the Pakistan Army’s Corps Commanders chaired on Tuesday by army chief Gen Ashfaq Parvez Kayani, the military announced that it would fight terrorism “in our own national interest using our own resources.”

The statement did not give details but it is believed that tensions over the suspension of US aid prominently figured in the talks.

Mattis is the first top US commander to visit Pakistan after the suspension of military aid, which analysts believe may harm ties between the allies in the war against terror.

Relations between the US and Pakistan deteriorated after CIA contractor Raymond Davis was arrested in Lahore in January for shooting and killing two armed Pakistani men.

Though the two sides hammered out a deal to release Davis, military and intelligence cooperation came to a standstill after the covert US raid that killed Osama bin Laden in Abbotabad on May 2.

The Pakistani military was also angered by a series of leaks to the American media by US officials about its alleged closeness to certain militant groups like the Haqqani network.
Recently, US Joint Chiefs of Staff Admiral Mike Mullen said he believed the Pakistani government had “sanctioned” the recent killing of journalist Syed Saleem Shahzad.

The ISI has denied allegations that it was involved in the abduction and murder of Shahzad.