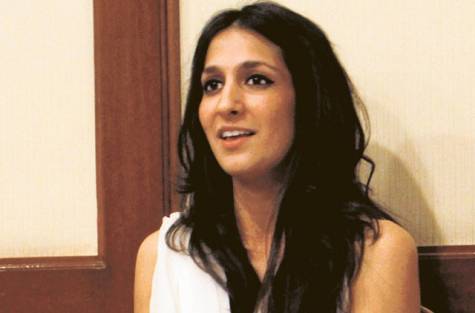 The Middle East Institute is proud to host Shehrbano Taseer, daughter of Governor Salmaan Taseer, who was murdered this past January for speaking out against the misuse of Pakistan’s blasphemy laws.

The assassinations of Punjab Province Governor Salmaan Taseer and Federal Minister for Minorities Affairs Shahbaz Bhatti have raised concerns about the rise of religious extremism in Pakistan. Shehrbano Taseer will discuss her father’s work and legacy and offer her thoughts on the state of religious minorities and the spread of extremism in Pakistan.

Ms Taseer said the U.S. and international community can help Pakistan with offering a counternarrative to extremism and they should not just focus on providing weapons to combat terrorists. The government, for its part, should strive for creating economic opportunities for the people and make efforts to reform madrassa education.

The social media can also help sharpen awareness and discourse about how the communities can contain violent trends. An uninterrupted process of democracy will also be vital.

She told the American audience that violent extremists are loud and demonstrate street power but have never gained popular vote, a point which reflects that the majority stands for moderation but has to reclaim its voice and advocate true values of Islam.

In answer to a question, Ms Taseer agreed with a participant that the overall environment of the fight against terror provokes extremist violence as drones and raids, on the one hand, take out militants but on the other hand they fuel public sentiments.

Ms Taseer, who writes for Newsweek Pakistan, recalled how a moderate Pakistan suffered under the dictatorship of Zia ul Haq with introduction of discriminatory laws and the Pakistani nation is still afflicted by implications of his moves.

She contested the argument by a participant who implied as if there was something inherent in Islam that incited violence and pointed out that violent extremists can be found among followers of all major religions.

The challenge facing Pakistan is big but its people are capable of turning around things with consistent efforts, Shehrbano Taseer said on a note of optimism.

The extremists do not represent Pakistan — the moderates have to be a part of solution in reversing the tide of militancy —- if we sow seeds now and invest in the Pakistani people, in 10 to 15 years we can reap the benefit.