Editor’s Disclaimer: While we may not agree with some of the contentions offered in this post, we wholeheartedly support the principle of Free Speech and condemn those fascists who ganged up to silence Laiba Marri’s voice on Twitter

“I disagree with what you say, but I will defend to the death your right to say it” (Voltaire)

In the last few months, the increasingly popular Laiba Ahmed Marri (@laibaah) had made a name for herself on Twitter by being an outspoken supporter of Baloch, Ahmadi, Hazara, Pashtun, Christian, Hindu and Shia rights and a vocal critic of Pakistan’s urban, pro-military establishment civil society fakesters. This placed her on the wrong side of the self-congratuating, candle-holding Tweeple Snob Brigade.

It was obvious from Laibaah’s timelines that she was making an impact. Baloch, Hazara, Turi Pushtuns, Ahmadi Muslims and Shia activists whose friends and families are being decimated in Pakistan by the ISI and its militant Islamo-fascist proxies (eg SSP, LeJ, TTP, LeT) flocked to her support. Her advocacy on Bahrain and support for peaceful relations with India won her many friends in Bahrain, India and other countries. It was also expected that Pakistan’s urban civil society chatterers who pride themselves on writing about extremism and the rights about minorities would support her. They did anything but that.

A prominent writer of an international magazine’s Pakistani subsidiary demanded “video testimony” from Laibaah when the she held the ISI and security establishment to account for their collaboration with the SSP-LeJ. It seems that such profuse evidence is only required when the ISI and its proxies are concerned and not when elected leaders are selectively maligned on the basis of parlour gossip.

Another prominent and widely respected human rights activist called Laibaah a liar and critized her for spreading “slander”. When asked to be specific about which of Laibaah’s tweets were lies or slanders, the activist in question has still not provided a clear answer.

It is now clear that Laibaah was stepping on too many toes and needed to be “taken out” from twitter.

When one sees Laibaah’s timeline, it is not difficult to make a reliable guess on which collection of individuals took her out. Sadly, it does expose the hollowness of those who claim to be rising stars against extremism. This is a small group of Tweeple elites who when not congratulating each other on the latest vague and ambiguous drivel penned by them, talk about their shallow lives and blow the trumpet of their hollow claims of progressive activism.

What is Laibaah’s real crime? For this, one simply has to see the growing voices on Twitter asking for answers as to why Laibaah has been blocked. Due to her uncompromising stand on the continuing massacre of the Baloch and the Shia in Pakistan, Laibaah was fast exposing the claims of those who claim to be human rights and anti-extremist activists but whose work and scholarship simply does not address the role of the security establishment in creating, supporting and patronizing militant groups like Jandullah, Sipah-e-Sahaba and (good) Taliban that are conducting the Baloch, Ahmadi, Christian and Shia massacres in Pakistan. Instead, their articles and stands are based on vague agendas so as to deliberately confuse and mislead the public from the real perpetrators of violence in Pakistan.

It is easy to spot these dishonest apologists when they present their ambivalent analysis where for every mild rebuke for the military establishment, they will pen ten abusive polemics against the helpless elected politicians. Even more directly, when they write about critisicm, they will deliberately stay clear of the role of the military establishment. As for the rights of the oppressed Baloch nation, they simply don’t care. For them, if anyone is not part of the urban elite of Karachi, Lahore and Islamabad, they are rif-raf.

This is the urban centric group (also known as fake liberals or fake civil society – FCS) that will make documentaries about isolated human rights atrocities in the rural areas where they will misrepresent and misreport the issues to fool some naive foreign donors to fund their cosy cafe life styles. However, when it comes to the daily massacres of the Baloch and the Hazara, they will be largely silent.

In the end, a few lines for this very blog. LUBP, what has happened to you people? Stop being Zardari flatterers and apologists. The Baloch are disgusted by the slimy statement of duffers like Rehman Malik on Balochistan. We know that PPP is helpless about the daily killings by FC, SSP and Jundullah of the Baloch and Hazara youth but that does not mean that Rehman Malik should issue disgustingly insensitive statements. Add him to the list of establishment sellouts like Aitzaz Ahsan, Sherry Rehman and Shah Mahmood Qureishi.

I want to see LUBP taking a stand on the free speech of human rights activists like Laibaah, just like they did when Baloch Hal, voice of the Baloch nation was blocked and only LUBP came to its support. Get back your spine LUBP and don’t fall for the pressure of these Fake Civil Society friends of the military establishment!

Already the brave Baloch, Ahmdi Muslims and tweeples from diverse ethnic and religious backgrounds have come to the support of Laibaah on twitter. Unfortunately, hardly any Shia tweeple has come to her support. What a shame! This is one sister whose advocacy in highlighting the genocide of Shia muslims in Quetta, D.I. Khan and Parachinar is second to none. They should be ashamed by their silence and their lack of support for Laibaah!

LUBP, when the ISI comes after you, these Fake Civil Society people will not come to your support either. They pretend to be the lambs of liberty but are really a pack of fascist wolves and cannot tolerate free speech. In the last 3 days, they got together to ban Laibaah from twitter and sooner, rather than later, they will ban you LUBP!

Some anonymised tweets in support of @Laibaah on Twitter:

To my Baloch friends,Plz use hash tag #Laibaah make her a symbol of your struggle on twitter! #Baloch #Balochistan #Freedom

How beautiful it is when u shrugged off ur ethnic and religious differences to support an individual! #Laibaah

It is sad that Baloch are targeted even on Twitter for expressing their pains and grievances. #Laibaah

#Laibaah is now the face of the #Baloch sttrugle on twitter. Also it is the one word that condemns so-called liberals of Pakistan 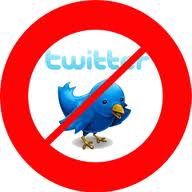 To all Tweeples: Support #Laibaah, she was eliminated from Twitter by proxies of those who are killing Baloch & Hazara on daily basis!

Where is freedom of speech? #Laibaah

they ganged up and reported her as spam, twitter suspended her account, happened twice or thrice before too

All support for @laibaah! Speaking for one’s rights is always punishable. Liberal sados may get a life ! #Pakistan #Dawn

Is it a coincidence that those silent on #laibaah’s ban also happen to be silent on Baloch genocide?